Equipping mine managers for the journey ahead

A GENERATION of miners grew up in an industry where the emphasis was on managing in adversity  now the good times are back and life as a mine manager should be much easier, but is it? Rio Tinto executive Oscar Groeneveld explored the modern challenges facing mine managers at a conference this week.

Speaking at the AusIMM First International Mine Management Conference 2006 on Monday, Groeneveld said the modern skills and accountabilities of the mine manager were indeed daunting, and mine managers needed to equip themselves appropriately.

“As the surrounding environment continues to change and evolve, mine managers face a changing climate of expectations. Today’s mine managers must juggle competing pressures to deliver sound social, environmental and economic results,” he said.

Groeneveld suggested the most important tools for an effective mine manager were quality leadership, an understanding of what drives economic return, and a strong sense of corporate responsibility.

“Whilst mine managers require solid technical and operational skills, importantly the manager must be able to lead and engage a workforce, build and retain employees and seize opportunity for growth and development when presented.”

Groeneveld said Rio Tinto had learned the best way to lead people is to encourage them to develop and use their talents, which in turn leads employees to identify personally with the success of the business and understand how their efforts contribute to the total picture.

“The first task of a leader is to release the initiative and enthusiasm of their workforce and to harness those qualities in a collaborative drive to achieve a clearly defined purpose.”

A 2002 survey found Rio Tinto Aluminium employees wanted three things from their leaders: a clear idea of where the business was going, the tools to do the job and regular recognition of their progress.

A follow-up survey last year told the company that 85% of the employees who responded felt that they had a clear idea of their unit’s direction and their contribution to it.

Groeneveld said in order to achieve an economic return from a mine, modern mine managers must be aware of and manage the operating environment – the broader, issues-based environment, not just the immediate day-to-day responsibility of mine managing.

“Above all, we understand that a cyclical peak must not distract us from the task of improving the economic return from an operation, be it a mine or a processing plant, through raising productivity, improving quality and reducing waste and thus cost,” he said.

“The modern mine manager is not afraid to adapt techniques from other industries. Rio Tinto Iron Ore learned from the manufacturing industry’s continuous production methods when it introduced its ‘one mine’ concept in the 1990s.

“This broke with the traditional arrangement of each mine being run as a separate operation. We now coordinate mines, railways, ports and other infrastructure in a way that very definitely boosted the economic return of those assets.”

In terms of corporate responsibility, the environmental and community impacts of mining as well as employee health and safety have always been recognised, Groeneveld said, but the performance of mining companies in the past had been variable in these areas.

“Part of the reason is that issues such as the environment and community relations were not seen as core competencies,” Groeneveld said.

“Now this is very different; the bigger the company, the more sensitive it is to attacks on its reputation. And the keener it is to be seen to achieve high standards in all aspects of corporate social responsibility.”

The modern mine manager is a key figure in the protection of that reputation, Groeneveld said, and must be conversant with the many issues – political, environmental, social and cultural, which if handled poorly could risk that reputation and impair the economic return of the enterprise as well as the access to opportunities for the owner.

“The minerals industry came to realise the importance of being a part of a transition to a sustainable global economy during the past decade. We are taking action; how much is required and the best cost pathway to achieve it is work in progress.”

Development powering ahead at KOTH. 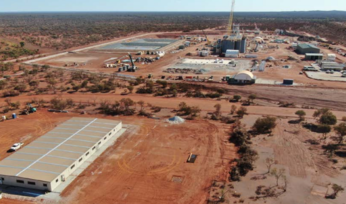 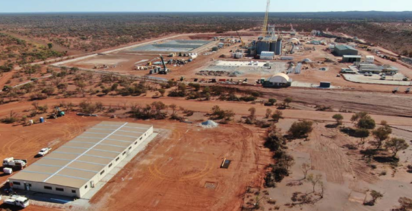 Start your journey to Zero with ZERO Automotive