CENTENNIAL Coals Springvale development crew has experienced difficult ground conditions and has had to develop a comprehensive and efficient rib and roof support system to cope with a weak environment, as well as keep development rates ahead of longwall rates. ILN also reveals the Q&A session with John Vincze from the recent Roadway Development workshop. 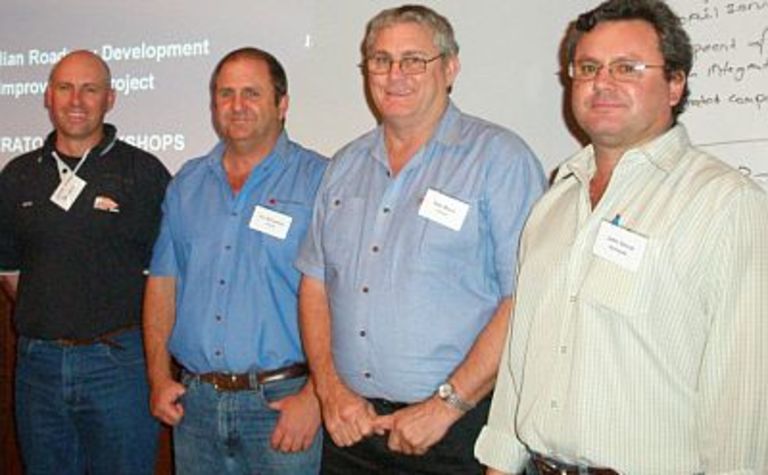 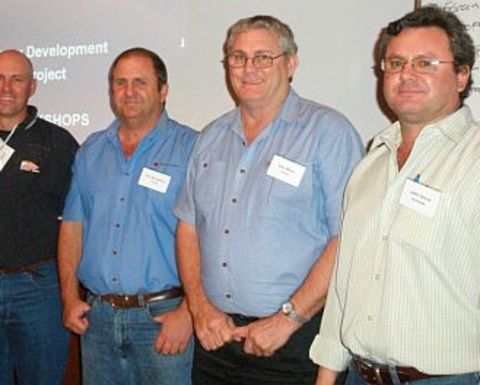 To cope with the tough conditions, Springvale has used by-pass drivage. The by-pass drivage was a 400m roadway, 40m away from the main roadway, which was in very poor condition, with roof conditions that could not be repaired readily without stopping all traffic to do so over a lengthy period of time, Springvale development superintendent John Vincze said.

“The by-pass drivage was driven over the top of the faulted area in order to try and get out of the highly stressed and faulted zone, which meant ramping up approximately 3m above normal floor height to achieve this,” he said.

Springvale also implemented a new roof support system where 6 by 2.1m bolts were installed per metre and 4 by 8m post groutable flexi-bolts were installed on advance. Production was for two shifts and then on the third shift, the 8m bolts were grouted. Rib support was with 1.8m bolts using wide area plates [pizza plates] and solid rib-mesh.

“The benefits of this system are that we can achieve immediate roof support at the face area, off the miner with a fully encapsulated 8m bolt pre-tensioned to 12 tonnes and then post grouted after in order to gain a 55-tonne bolt. No new equipment was used to do this,” Vincze said.

Other benefits have included a reduction in operator exposure to rib fall and strain injury, operator involvement and ownership, a dramatic decrease in roof fall incidence, a marked reduction in the use of passive support systems and materials handling injuries, and improved development rates.

Q: Water was reported to be a major issue at Springvale, can you outline what you use to manage the mine’s water make?

A: Have a number of air 2000 pumps, 3.7KW and 37KW mono pumps. Typically have fish tanks every 3-4 pillars along the longwall gateroads. Water is pumped out to the surface via a series of boreholes and in some instances we utilise a FBT (frigging big tanks) to transport water from the mine.

We have also drilled a 1.2km long borehole in advance of the longwall bleeder roadways to pre-drain the installation face area of future longwalls.

Q: With self drilling bolts is it important to pre-tension the bolt?

A: Yes, we believe it is important to tension the bolts as we go. At this stage we haven’t trialled any SDB but we will as soon as they are ready.

Q: Do you post grout the 8m spin bolts?

A: Yes, they are post-grouted with thixotropic mixture which is the consistency of toothpaste. Also post grout the tendons and trusses but we use a strata binder grout for that, with the strata binder penetrating the strata as well.

Q: What else is suspended off the monorail system?

Q: With all the primary and secondary roof materials, belt structure and other materials being used has there been any increase in manual handling injuries?

A: Yes, but we try to minimise it. The PET delivers the pods to the panel and they are put onto the miner with a pod handler, and the operator only has to touch the 7’ bolts when he goes to install them, and he drags the 8m bolts off the monorail.

Trusses are installed by contractors and they are delivered underground and unrolled on the job.

Main injuries at the mine are strains to the back, shoulders and arms, and we do notice that as the workforce ages they are more susceptible to these injuries.

Q: What is the make-up of the production crews and what are they responsible for?

A: Similar to what was at Beltana with dual continuous miners in gateroads and 6 miners on each CM, with 1 fitter, 1 electrician and 1 deputy in the panel. Deputy manages the crew’s annual leave roster, with one tradesman and 3 miners allowed off at any one time. Sick leave does impact upon numbers although we have good support from outbye crew.

The 3 production crews cut coal, do belt extension and pipe extensions, with the dayshift outbye crew doing roadworks right up to the crib room, and doing the transformer moves, and transporting belt structure and supplies.

110m belt move is budgeted for 3 shifts, averages 17 hours with a best result of 11 hours. The belt move includes the belt and 6in air and water pipes, with a 4in fire main between the travel road and belt road every second pillar.

Tough times at Lihir lead to a downgrade of its output for FY20. 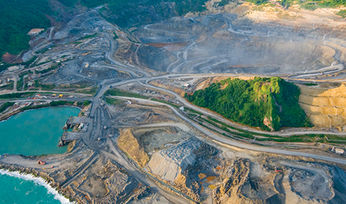 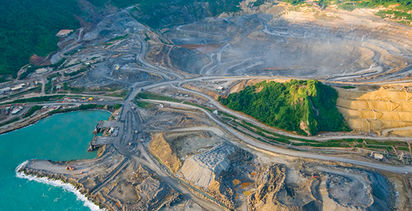