THE largest of Rockhamptons herd of six concrete bulls was dressed with a half-metre hard hat covered with symbols of the resources industries as part of the official launch of the Queensland Resources Expo yesterday. 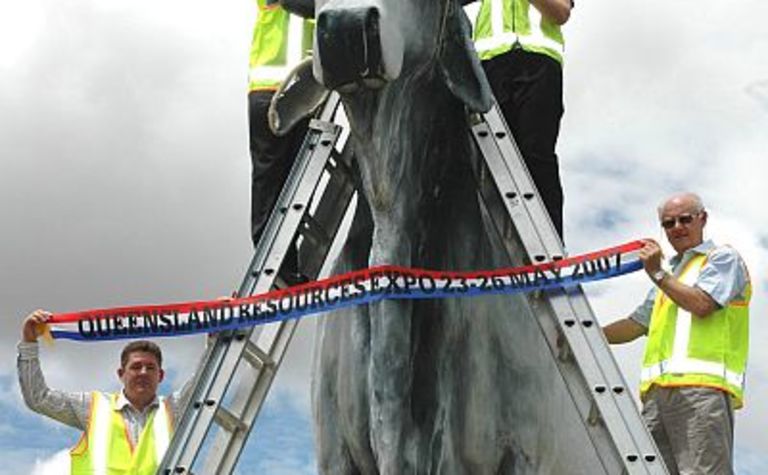 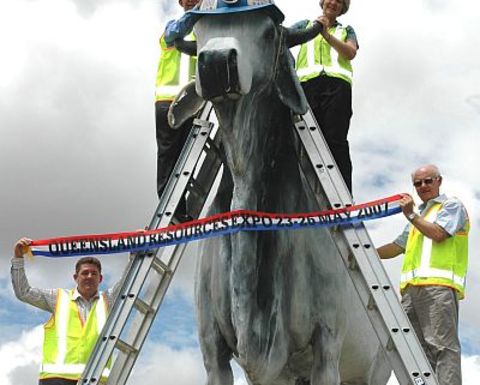 Rockhampton Mayor Margaret Strelow, who also chairs the QREX Management Committee, said this gesture highlighted the extent to which Rockhampton had changed in the past five years.

“Until about 2002 service from Rockhampton, which has a well-deserved reputation as the nation’s beef capital, was mainly centred on primary production,” she said.

“This perception has changed substantially in the intervening five years with the resource industries joining primary production as the two main focuses for Rockhampton’s service industries.

“As the boom which the city is presently experiencing has been driven by this new alignment, QREX is an important event as it will emphasise Rockhampton’s role as a resources services centre.”

Central Queensland University vice-chancellor Professor John Rickard and Tony Cullen, general manager of Rockhampton Tourist & Business Information, decorated the bull with a sash outlining the dates of the expo which will be held on May 23-26, 2007.

Strelow said QREX would be built around four sectors of the resources industry in which Central Queensland played a significant global role. These were mining, especially coal mining, energy generation, water and light metals processing.

The expo will include the following features:

International Conference on Resourcing for the Future

Hypothetical on ‘Who’s Keeping the Lights in 2050?’

Watch International Longwall News for onsite coverage of the event during May.

Starting a Mining TBM trial with Codelco in 2024. 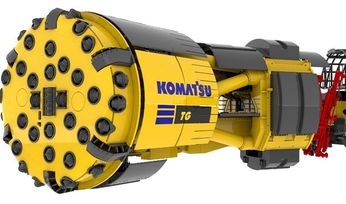 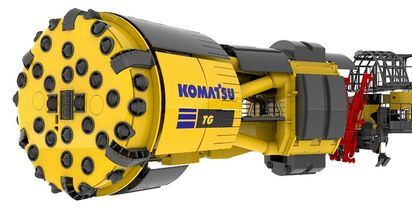