THE answer to increased mine safety  more regulations or a shift in attitudes? American Longwall Magazine polls industry experts. 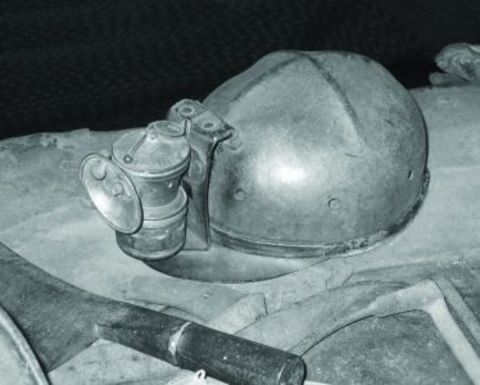 New regulations in West Virginia, Kentucky and other mining-rich states, pushes for more mine safety regulations and higher fines, the development and signing of the MINER Act in June 2006 by President George W Bush – much has happened in the industry in 2006 that could regulate and litigate workers’ safety.

Meanwhile, in an industry that is deeply rooted in tradition and loyalty to one’s employer and co-workers, the response is that “it’s just always been done that way”. Will new rules and regulations cause a significant shift towards safer practices – or will the attitudes and decisions of miners themselves dictate the progress worker safety makes?

American Longwall Magazine spoke to a collection of long-time industry members from the research, regulatory and production sectors – professionals who total more than a century of experience, much of it in mine safety and rescue as well as front-line mining. It is clear that the opinions of all respondents were strong on this topic, and the situation – currently front and center in the mainstream news as well as industry discussions – is vital to progress.

Is the success of current and future mine safety dependent upon new laws or the attitudes of miners?

“Attitudes of all in the business,” said one individual employed by a producer, a notion echoed across other sides of industry. “It should be a combined effort by both fronts,” said one research expert.

He continued: “For the past 10 to 15 years, the mining industry, the Government, the academics and the general population have not been concerned with mine safety because they became placid and believed that mining hazards were pretty much a thing of the past. We do not necessarily need new laws, but a re-evaluation of the existing laws to determine if they address current mining practices that are used in today’s mining practices.”

Another member of the research sector, while laying much more of the responsibility on the workers, agrees that both sides of the coin need examining, especially in regards to the incoming generation. “The attitude of miners plays a big role here – and attitude is primarily driven by awareness, which in turn is driven and guided by training.

“Younger miners may have lost the innate respect for fires and explosions and therefore may not be looking as hard and thoroughly to find methane. This is especially obvious in incidents that were sparked by flame cutting and welding, such as the Darby explosion (at least, according to press information) and the fatal shaft explosion at the McElroy mine in 2003.”

The same individual points to the structure of violations and fines for operations as part of the problem, as punishments are not severe enough to be taken seriously and remembered long term. “Many mine operators are treating violations similar to speeding tickets – you pay a fine and it’s over. Fines are calculated as part of the cost of doing business.”

The expert suggests that personal responsibility for violations be increased across the board and that a paradigm shift occur to where that violation equates to a failure of the operation’s safety culture rather than just another expenditure on a mine’s financial books.

One researcher said that responsibility can extend down to the miner level – that involvement and commitment equate to a personal stake in the effort. “The best scientific conclusions and laws and regulations will not be effective unless there is a ‘buy-in’ from the worker that faces the hazards every day.

“More research needs to identify the social behavior of the mine workers to understand what is the best way to communicate and transition safer working practices to be effective and have [that] buy-in.”

One educator believes that development of a safety culture at operations is required in order for any current or future regulation to have any amount of success and for the US to “achieve global leadership” in the industry. “The adoption of a safe, effective and efficient production culture has many aspects that must be addressed, [such as] management commitment dispersed through all levels of supervision; systematic and comprehensive planning, design and execution of all dimensions of mine operations with a risk management underpinning; realistic and focused training of managers, professionals and workers on critical behaviors, including on emergency response and crisis management; and instillation of scrutiny, confidence and optimism among all levels of the organization.

“These actions, and others, establish the attitudes of miners and supervisors, which is more important than new laws.”

Which of the two do you believe needs to take the biggest step forward? Which needs to be changed the most right now?

The notion of the “safety culture” at mines is, by far, the biggest step we as an industry can take immediately. One educator admits that while it could be a long-term goal, the end result is worth the effort.

“This will take time to permeate the industry, particularly in the US, because over 75 percent of the operations are classified as small ones [50 or fewer employees]. The true challenge lies in achieving the safe production culture among these small operations, and it won’t happen ‘right now’, although we hope that it can happen reasonably quickly – five to 10 years.”

One of the researchers suggested that the US look beyond its borders for direction in doing this. “Miners need to change their safety culture and attitude towards safety.

“This is most easily done if the corporate attitude and climate supports a zero tolerance policy for unsafe acts. Also, it would help to look at risk assessment and risk management techniques as they are being used in Australia and South Africa,” he said.

What do you do or suggest operators do to instill safer behaviors and a “safety attitude” in miners?

Once again, many of the experts were in agreement that...click here to read on. 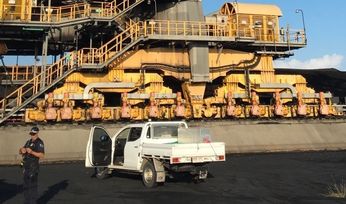 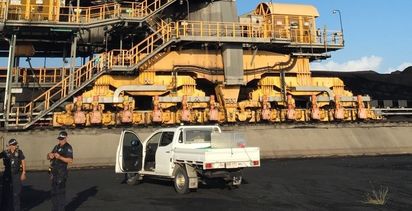