NORTON Gold Fields has identified two targets at its Middlemount project for further appraisal and drilling over the next few months. The targets include a 12 million tonne opencut deposit and coking coal at a depth of 300m that could support a new underground mine.

In its December quarter report Norton said high quality coking coal at depths greater than 300m had been identified in the western area of its tenement lying within the German Creek Coal Measures.

A 12Mt low ash, low volatile PCI opencut target at 100m depth had also been identified in the southern area of the Middlemount tenements. Norton said exploration at a greater depth may substantially increase the size of the resource.

Norton announced in April last year that it had expanded its exploration interests beyond gold and copper and into coking and PCI coal in Queensland’s Bowen Basin.

Norton’s Middlemount tenements were last prospected about five years ago when lower coal prices dictated resource targets of a significantly greater magnitude to warrant exploration. However, now with the increase in the coal price Norton said the area had potentially become economic.

This sludge is dried then smelted into gold doré bullion bars that are sent to the Perth Mint. 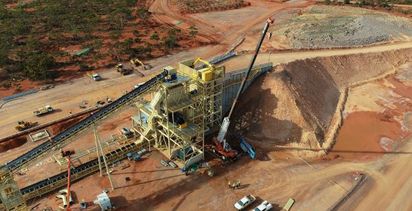