SULFUR, depending upon the region from which coal is mined, produces varying levels of issues  and is the primary factor impeding its use as a clean fuel. Two professors from West Virginia University have taken their research to the Illinois Basin, where they performed desulfurisation using sodium hypochlorite.

Eung Ha Cho and Ray Yang outlined that, according to the Clean Air Acts of 1976 and 1990, sulfur dioxide emission from coal-fired power facilities cannot exceed 1b/MBTU, which excludes any coal with higher than 0.8 wt% sulfur content. The variance for coal levels in US seams is the distribution of pyritic, organic and sulfate sulfur. With the latter being the lowest.

“Some chemical methods were developed in the past; however, none has been commercialised,” the researchers said. In their study, their main objectives were to determine optimum operating conditions to maximise sulfur removal from Illinois No. 6 coal while simultaneously maintaining chlorine content within levels, and to determine the technical feasibility of bringing the technology to the commercial market.

With help from the Illinois Geological Survey, Cho and Yang collected samples of Illinois No. 6 coal, which they crushed and screened to a mesh fraction of 65x150. The samples were labelled IBC 101 and IBC 112.

The testing was conducted in a one-litre reactor that was positioned in a paraffin-oil bath kept at a consistent temperature, and each of the four necks of the device was used for a stirrer, an apparatus to reduce evaporation, a thermometer and the sample itself.

For the IBC 101 coal sample, the researchers pre-treated 20g of the sample at room temperature with concentrated ammonia hydroxide, stirred for one hour, filtered and dried under an infra-red lamp. It was then leached with hypochlorite solution under the same process.

After a portion was taken to be analysed, the remainder was hydrolysed in the same device for an hour, then filtered and dried again. After another sample was taken, the remainder began a second cycle using the same procedures.

The IBC sample was slightly different, as it was found it could not be leached above 70F due to significant loss. The researchers used this temperature to heat the leach solution, the sample was added in, then filtered and dried in the same way as IBC 101.

This sample’s leaching would continue for a two-hour period. Additionally, it was treated with two leaching steps as well as hydrolysis at high pH and temperature and, after being dried, was weighed to measure weight loss.

Much like the other, a small sample was removed and the rest began a hydrolysis process; second and third cycles were repeated in the same manner.

Total sulfur was analysed according to ASTM method D3177-84, the Eschka Method. Pyritic and sulfate sulfurs were examined with ASTM D2492-84, and the organic was measured by subtracting the pyretic and sulfate measurement totals from the total.

Chlorine was also analysed, in this case using Eschka Method ASTM D2361-85, and the chlorine level of the hypochlorite solution was evaluated with ASTM D2022-64.

Several sets of experiments were conducted to find the optimum conditions for leaching and hydrolysis. “It was found that the optimum leaching should be conducted by diluting the stock solution of hypochlorite without extra addition of solid sodium hydroxide,” the researchers said.

Through charting the results of IBC 101, they found that the total sulfur reduction increases as the hypochlorite of the leaching increased, and the organic sulfur followed that same pattern. However, no effects were seen in the alteration of hypochlorite concentrations or hydrolysis with regards to pyretic sulfur.

The additional cycle that the sample was exposed to also did not yield notable results. “The third-cycle desulfurisation does not add more benefit to the overall desulfurisation, particularly in terms of organic sulfur reduction and coal weight loss,” they said.

The conclusion Cho and Yang drew from the set of experiments was that the leaching and hydrolysis process for IBC 101 did reduce organic sulfur significantly. “Thus this method has merits as a feasible technology for some special commercial processes for IBC 101 coal.”

However, the two-step desulfurisation method for IBC 112 did not yield any significant reductions for pyritic and organic sulfur. The researchers attributed the differences in results to the samples’ variations of surface total acid concentration. 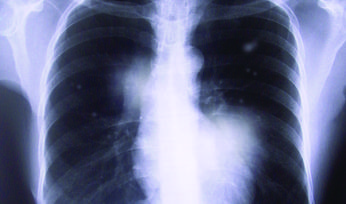 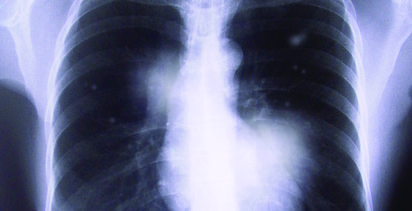 NSW ventilation pilot project due for completion by July