PITTSBURGH has rolled the red carpet back up on this years Longwall USA show, highlighted by diverse technical session topics and a strong industry attendance. Donna Caudill reports from the event. 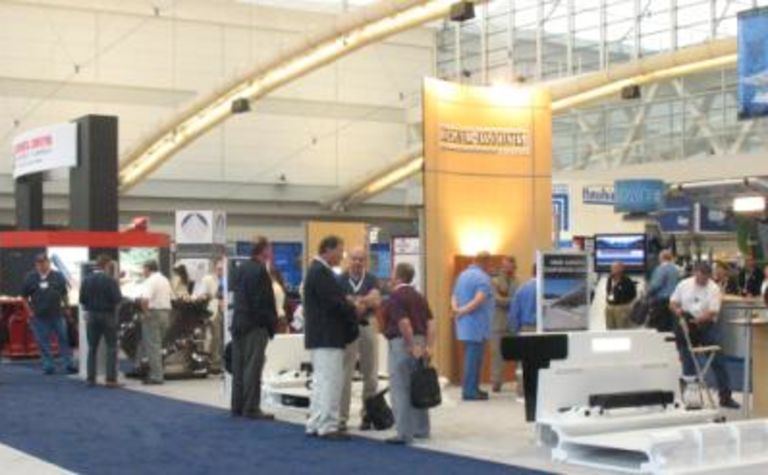 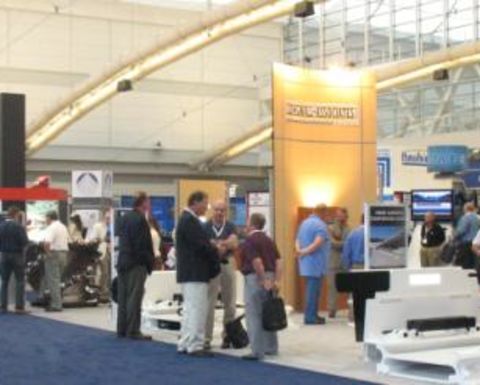 The attendance was strong for the first day of Longwall USA in Pittsburgh.

The total number of visitors may not be known for a bit, but the 135-plus vendors exhibiting at the show held at the David L Lawrence Convention Center stayed busy conducting business and talking about their products and services, most of them specific to the longwall market.

Even during a historically slow time for expos, the final morning, many attendees were still perusing the nine aisles of the show floor.

One first-time exhibitor said he didn’t know what to expect, but was glad the company chose this year for their longwall-specific product to be on display: “We’re happy with it,” he said. “It’s been good for us.”

Another large OEM provided both ample product experts for its potential customers to speak with and handed out marketing materials and promotional items to the crowd. Many vendors also offered special events, including hospitality suites and happy hour mixers, during the multi-day gathering.

All three days of the technical conference, also held at the convention centre, had full audiences of industry professionals from all sides of the mining community. Tuesday’s topics, for example, of health and safety (morning) and automation (afternoon) brought together groups of presenters and allowed time for questions to be answered.

The bar was set for the day’s discussions by consultant Norwest, speaking on a topic quickly gaining interest in the industry – risk assessment and risk management. Company representative Art Sullivan shared the stage with Peabody Energy’s Tim Jackson to give perspectives from both the developmental and operational sides.

Both referred to risk management as a “systematic approach” for mining operations everywhere but said that, for the US industry, it is that much more successful because of the level of implementation workers take on, and a commitment to ideas helps to keep efforts strong. The positives for risk management, Sullivan added, for mines across the world pay back financially and in terms of production through the ability to remove uncertainty, doubt and indecision and allow for workers to predict various scenarios that could result from a particular idea or new process.

While terminologies vary, he added, the basics remain the same: establish context, identify and analyse risk, evaluate and treat that risk, then review and monitor those outcomes as they are communicated to others so that processes and results can be realised.

Wednesday’s presentations on longwall economical and technical issues (morning) and support systems (afternoon) were given by a large list of experts from the consulting arena, equipment producers, suppliers, researchers and mining companies themselves.

Pennsylvania firm John T Boyd highlighted trends in the sector according to a recent evaluation the company completed and reported to its client base. Among other items, Boyd representatives noted an overall increase in face voltage, shield width, cut depth and face width.

In fact, the company noted, a more obvious factor – panel width – is increasing more rapidly than many might realise: panel lengths averaging 600–5000ft just 20 years ago are now averaging 1000–11,000ft.

The number of longwalls, now standing at 50, will likely reach 53 by 2012, it estimated, taking predicted closures and planned new projects into account across the nation. During that same time production levels will “remain flat”, Boyd concluded – but as the industry is already seeing, efficiency will continue to increase.

Thursday’s discussions, held only during the morning, focused on emerging technologies and featured presenters bringing ideas from across the globe. Representatives from Australia, Germany and Mexico were all on hand with talks on lower coal seams, plow faces, top coal caving and longwall versus shortwall mining.

No dates for the 2008 National Coal Show, also typically held in Pittsburgh, have been announced. Check back with International Longwall News for details as they become available.

Also, keep watching ILN and the upcoming edition of American Longwall Magazine for further information on some of the presentations at Longwall USA.