LACK of funding to bring mine safety technology from development to production was just one of the issues raised by mine safety and health technology developers from around the world at a recent two-day online forum.

Individuals from the US, Canada and Australia were all part of a two-day online talk hosted by Wheeling Jesuit University vice-president for sponsored programs Davitt McAteer recently, held in hopes of progressing discussion of mine safety and health technology in light of recent industry events.

"Commitment to mine safety and how to turn concern into reality was the arterial topic of the talks, held in chat form during the afternoons of August 15 and 16," National Technology Transfer Center representative Tricia Lollini told International Longwall News.

A total of 100 people from 19 US states, Canada and Australia participated.

Many topics hit the contributors' radars each afternoon, in part sparked by input from those companies developing new products for use underground. The industry's willingness to put those devices into mines was also a part of the discussion.

"I think it is fair to say that there are divisions within the industry, some willing to do more than others," McAteer told one attendee during the chat regarding the operational side of implementation.

"The events in Utah will likely spur action in DC and elsewhere for action."

Another blogger raised a question that tied to current events regarding whether or not the newer communications system technologies would have survived what apparently happened at Crandall Canyon in Utah.

Responded McAteer to ILN in a post-conference interview: "We will never know, but they would have had a chance. The roof line held at several sections and the entry was open for a period, thus there was a chance it would have survived and worked."

Lollini said that, of all the areas touched upon during the two days, one concern was prominent: the difficulty for producers in getting devices from development stages into production/usage.

During the second day's discussion, McAteer addressed a related trend among comments from companies: a frustration stemming from application funding acquisition.

Said one company representative in response: "Funding, or lack thereof, is one of the major hurdles. Since we are trying to design and implement a 'state-of-the-art' and ultimately survivable system, it takes substantial funding."

McAteer said that, while the talks went a little long on both days, the overall feedback from his office and the participants was positive. Future chats will be held, Lollini noted, with an altered format.

"[We] will shorten and focus on one topic per session in the future," she said.

Meanwhile, continuing such efforts as this online event is important to the NTTC, she said, and to the industry as well.

"NTTC has, since Sago, been working to bring new technology to the mining industry, especially safety technology. This is one of the efforts of the Mining Symposium," Lollini said.

"We intend to continue with these efforts, both day to day and with next year's symposium."

She added that plans for the third annual gathering for 2008 are still under development.

Full transcripts from the talks can be found at http://www.coalimpoundment.org

IT boffins might argue it's more complex, but vital data alignment is a wheel thing. 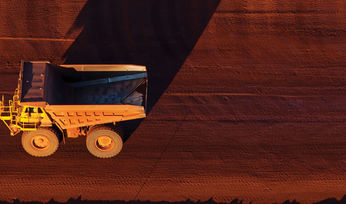 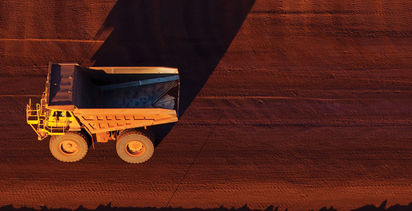