CENTENNIAL Coal today signed a memorandum of understanding for Australia’s first flexible conveyor train which will be delivered to its Clarence mine in New South Wales next year. Angie Bahr reports from MINExpo. 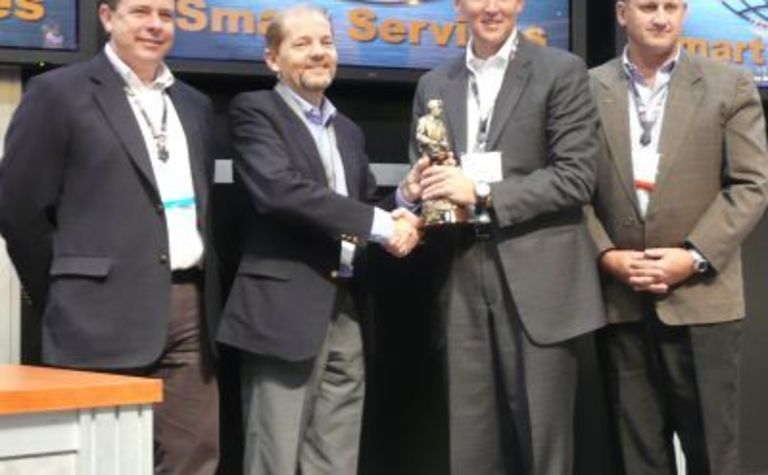 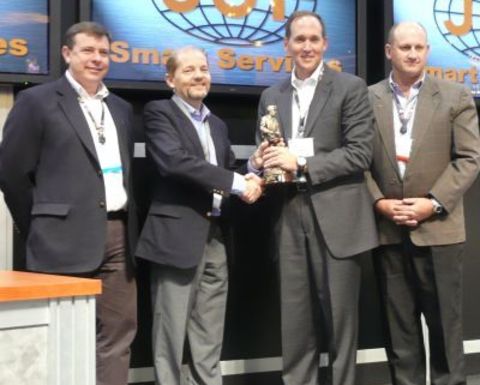 Centennial Coal and Joy after signing the MoU at MINExpo for Australias first 4FCT.

Cameron paid tribute to Joy as having a hand in helping lift Centennial’s coal production from 150,000 tonnes in 1989 to the 20 million tonnes it produces from its New South Wales mines today.

Today’s deal was the culmination of two years work and would set the next benchmark for mining in Australia.

“Introducing continuous haulage is like going back to when the longwall was first introduced. The 4FCT integrates the development side of the mine and makes it more like the longwall, where everything moves together like a system,” Thomas said.

Thomas added the 4FCT also had applications in longwall roadway development in Australia, with three to four customers showing some interest.

The Clarence machine is 12-14 months away from being delivered to the mine where, Thomas said, a full build on the surface was likely happen, to offer training before the machine is trammed underground.

Thomas said a team would be put together, sourced from the US and Australia, to aid in the ramp-up and training for the installation at Clarence.

Joy development mining systems Australia business manager Brian Thompson said Clarence personnel had been engaged in the process and were already asking some good questions about the technology.

There are currently seven 4FCT’s running in the world, including three in US coal operations, three in US trona operations and one in a UK potash mine.