Top of the safety chain

THE prestigious annual Sentinels of Safety awards are here again with 20 large and small mining operations honoured for their outstanding safety records in 2007.

An awards ceremony was hosted this week by the National Mining Association during MINExpo at the Las Vegas Convention Centre in Nevada.

The awards, co-sponsored with the United States Department of Labor’s Mine Safety and Health Administration, recognised mining companies in various operational categories, for achieving the greatest numbers of employee work hours in 2007 without a fatal injury, or an injury that resulted in lost workdays.

The Blue Diamond Coal Company No. 77 of Kentucky took out the coveted Large Underground Coal Group category, with 128,458 consecutive employee hours without injury.

Other honours for the coal industry were:

The awards also recognised a collection of other mines with excellent safety records. They include:

Acting assistant secretary of MSHA Richard Stickler said all together the 20 operations worked 2,891,449 hours without a lost-time injury in their operations.

“To put that in perspective, that would be an operation with over 1,400 employees working an entire year without a lost-time injury,” he said.

“That is an impressive number, and a big step toward eliminating injuries.”

To qualify for an award, a company had to compile at least 4,000 employee work hours during the year.

The James River Coal Company, a producer of steam and industrial-grade coal, went home with two Sentinel awards received by its subsidiaries: Blue Diamond Coal Company for its outstanding safety performance in the category of Large Underground Coal, and Triad Mining's Freedlandville East Mine in the category for Small Surface Coal.

“We are very proud to have received two of the distinguished Sentinels of Safety Awards,” chief operating officer Coy Lane said.

“Our employees at the mines have worked very hard and deserve this recognition for their diligent efforts and for making safety a number one priority.

“We are especially proud of the employees at Freedlandville East who also won this award in 2005.”

Patriot Coal’s chief executive Richard Whiting said the company’s vision to provide a safe and healthy work environment, with the belief that all workplace incidents are preventable, was key to winning the Large Surface Coal Group award for the Guyan Mine at its Apogee mining complex.

“We are very pleased to receive this award and commend our Guyan mine employees for achieving outstanding safety performance,” he said.

Whiting said as a result of the company’s strong emphasis on safety, Patriot’s incident rate, of 3.44 per 200,000 hours worked in the first seven months of 2008, was the safest in the company’s history.

The oldest occupational safety award, the Sentinels of Safety, was established in 1925 by President Herbert Hoover, a former mining engineer. 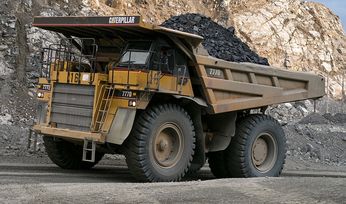 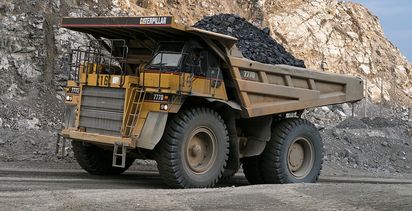