BEACON Redevelopment Industrial Corp announced Thursday it has entered into negotiations for a 950-acre property and associated coal reserves in Pennsylvania for a potential longwall.

In an interview with International Longwall News, Beacon president Adam Marek said the company would most likely work with another entity to develop the reserves, but due to the early stages of the process no further details had yet been decided.

“The company is very confident that current negotiations will result in the successful execution of a purchase agreement immediately with a closing to take place within the next two weeks,” he said.

Marek did tell ILN, however, that it was the company’s intention to develop an underground operation, specifically a longwall, at the site in Westmoreland County, Pennsylvania, west of Pittsburgh.

“We'd like to use the longwall method to achieve maximum recovery of coal from the property, but we are reviewing the potential environmental impact and feasibility of doing so,” he noted, but did not comment on the size of the reserves, possible life span of the operation or type of coal to be mined.

The financial details of the transaction have not been made public, but Marek did confirm Beacon would take over the tract in a deal including cash on hand and restricted stock.

Meanwhile, Beacon is also looking at additional coal rights in the area, but those are also too early in the process to discuss, Marek said.

He said in addition to energy and reserves properties, the company specialised in acquiring undervalued assets which possess an above-average return on investment.

Beacon Energy Corp, a wholly owned subsidiary of Beacon Redevelopment Industrial Corp, will be the legal owner of the property. 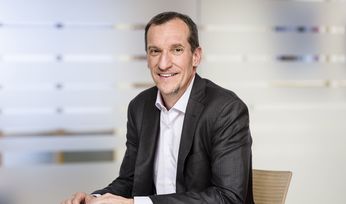