Building a case for coal 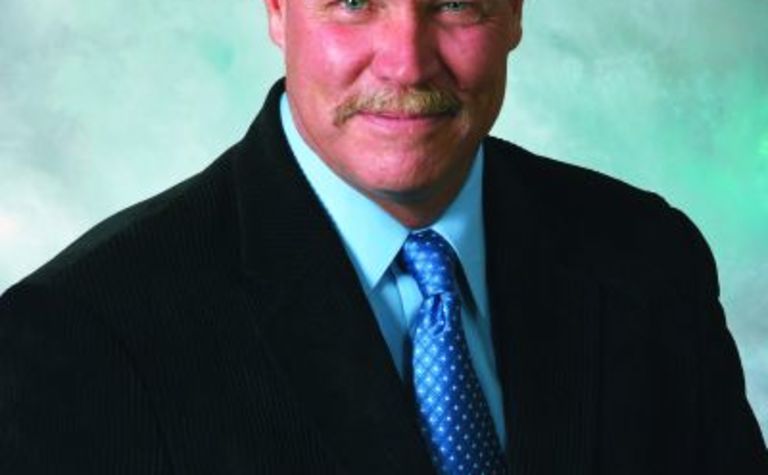 Derrel Curtis was appointed vice-president of underground soft rock mining for Sandvik Mining and Construction in April 2007 and, with his team, is responsible for Sandvik’s lines of mobile bolters, cutting machines, loading and hauling equipment, as well as picks and ground engaging products. He took time out recently to sit with and discuss his experience in the coal mining industry and his forecast for the future.

How long have you worked in the coal industry?

A: I began my career in the coal industry in 1973 at Southern Utah Fuel. In 1976, I started at Westmoreland Coal at the Colorado Orchard Valley mine as the production foreman and worked all the way up the ranks to mine manager.

I have also served as mine superintendent at both Soldier Creek Coal and Basin Resources. In a former life, I was general manager at Hidden Splendor Resources at their Mid-State Services rebuild facility.

Before becoming vice-president of underground soft rock for Sandvik Mining and Construction, I was the area manager for Triune Tritronics. In short, I have spent the last 26 years in room and pillar and longwall mining on all sides of the fence: production, sales, management, distribution and now manufacturing.

Why do you predict such a strong future for coal?

A: My experience, profession and passion is coal. All of us know the use of domestic coal provides over 50 percent of our nation’s electricity. It is the power that allows us to work at our computers, listen to the radio, make toast – whatever. The point is, we would not be able to live the way we want without coal.

At this time, no other energy source can provide a viable, low-cost alternative for electricity production. This fact alone demonstrates coal’s importance in the energy mix.

Energy has always been the fertilizer of economic growth. As global demand for more products increases, so follows the energy needed to create and transport these products.

This strains resources and spawns an energy crisis. There is this growing sense we are on a runaway train of energy consumption heading for a brick wall of finite supply, unfeasibly high prices and abrupt climate change.

As the world searches for an alternate source of energy, they find the emergency brake missing as each energy solution presents more challenges.

Are there compelling arguments in favor of coal as an energy resource?

A: The National Coal Council cites two main reasons why coal is the obvious solution to America’s energy needs.

First, it’s a domestic resource. The coal we use to power our businesses and homes comes from our own backyard. Virtually all of the coal used in the US is produced in the US. Therefore, we can maintain control over the extraction and use of this resource.

We don’t have to worry about cost and availability being subject to embargo or cartel-driven pricing by international suppliers. In this respect, the continued use of coal reduces our nation’s dependence on imported energy.

Secondly, coal is an abundant resource. America’s reserves are in no danger of running out.

US recoverable coal reserves are estimated to last for over 250 years at current consumption rates. Put another way, our nation’s recoverable coal has the energy content equivalent of one trillion barrels of oil. However, some would argue with these statistics and quickly point out the other challenges surrounding coal, which are all too familiar to those of us in the industry.

What existing and imminent challenges await the coal industry?

A: Depleting resources. While reserves are vast, the rate we are literally burning through them outpaces oil and natural gas. World proven reserves of coal are decreasing fast due to world consumption of coal growing by 30 percent in the past six years, twice as much as any other energy source.

There’s also a widening productivity gap. The energy crisis has been called a bonanza for mining companies; however, all of us have felt the ripple effect of higher prices.

Coking coal is used to make steel, which is used to make the equipment required to extract the coal, which runs on gas. Coal production costs are also rising due to the need to develop new fields and add the necessary infrastructure.

There’s the challenge of growing global demand. The US will need to make major investments in mines, railways and ports in order to move from our traditional role as ‘swing supplier’ to major supplier to global markets. We’re also seeing a weakening environment.

Burning coal releases greenhouse gasses into the atmosphere. It’s a fact. We know it, which is why so many of us are doing something about it.

Coal isn’t a perfect energy source. There’s no such thing. We know of the challenges. We deal with them every day. But for every problem there’s a solution.

A: Sandvik is meeting current and future challenges by focusing on our people, products and the environment. I was first attracted to Sandvik by their global reach yet local involvement in the mining community and, once recruited, eagerly assumed the challenge of building on an already strong organization in their soft rock mining segment.

My own goal is to recruit and retain highly trained, competent people to serve our customers, which in time will include ‘successorship programs’ for our incoming staff.

Life-cycle management in our produced equipment is also important to the company, and looking forward we will increase our infrastructure by adding locations throughout our service areas.

I see several things that need to happen to improve coal utilization. Improved mapping and underground coal mining technologies are necessary to utilize mines to their fullest potential as well as explore new areas for coal resources.

We also need to focus on converting these resources into reserves and reserves into proven reserves. Perhaps most important, there needs to be accelerated research and development of clean coal technologies.

YV and TBA say the degree of particularisation requested by Waratah is oppressive.