FEDERAL investigators said a trio of factors – including the dangerous practice of riding on top of a scoop – led to the death of a Kentucky miner last July in a powered haulage accident.

According to a report released late last week by the US Mine Safety and Health Administration, 45-year-old Joseph Roberts was riding atop a 488 S&S scoop at Century Operations’ Butcher branch operation at the time of the incident on July 17, 2008.

“The scoop was being trammed, battery-end first, and encountered a dip in the mine floor,” the investigation documents said.

“While attempting to stop the scoop, the scoop operator dropped the bucket into the mine floor, which caused the scoop to raise upward, pinning the victim against the mine roof.”

He was sent by helicopter to a hospital in the region, where he was treated for a broken pelvis and, five days later, kidney failure. Roberts died July 25 while undergoing emergency surgery.

Of the three main contributory causes to the incident, perhaps the most significant was that the mine’s policies and procedures were lacking because the worker was riding on top of mobile equipment at the time of the incident. As a corrective action, the mine was ordered to develop and implement a written policy prohibiting the practice, and crews have since been trained on the issue.

MSHA also found that the operation was not performing adequate examinations and were taking no corrective actions on its mobile equipment. Mine management said the issue had been rectified and it completed a review of mobile equipment examination requirements with all mine electricians.

Investigators also found that the service brakes and emergency braking systems on the scoop were not being maintained to regulatory operation standards. Since the accident, the operation has repaired the braking system and returned it to proper condition.

Among MSHA’s enforcement actions towards Butcher branch was a 104(d)(1) citation for the failure to provide an adequate parking brake on the unit, a violation of 75.523-3(b)(2).

“This condition contributed to an accident causing bodily injuries to a miner [and] the scoop operator had no control of the machine to stop it during an emergency. The cited condition has existed for several weeks,” it said.

Butcher branch, a 48-employee room and pillar operation, extracts from the Hazard no. 4 seam at an average mining height of 72 inches.

MSHA had commenced a mine investigation on July 21 and it was still ongoing at the time of the incident, the agency said. The operation’s non-fatal days lost (NFDL) injury incidence rate in 2008 was 0.00, versus the national average rate of 4.32.

Monadelphous was at the Pinjarra refinery to install a 33 kilovolt power cable for Alcoa. 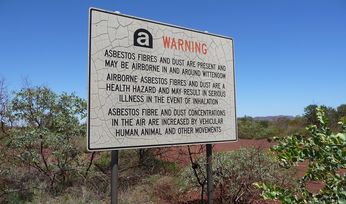 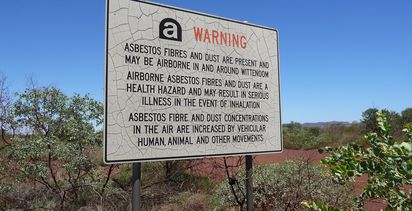