According to Hawk, the producer had tried radar level equipment from three major suppliers, but found the gear unreliable beyond 20 metres and requiring cleaning on a periodic basis.

Hawk has resolved the issue by installing on the bins its Sultan 234 acoustic wave transmitter, which can cover the full 35m range of the bins during all operations, while the sound pressure waves from the transducer result in self-cleaning.

He said the equipment reliably informed the automatic control system when to stop or start conveyors and other machinery for 24 hours a day, without any operators present.

“This client, like many coal miners, is supplying product to rail facilities which are operated by other organisations, and then on to ports which are also third parties,” he said.

“Accurate knowledge of levels in surge bins allows the client to minimise unexpected delays in being able to load trains due to shortage of coal on hand.

“If sensors provide inaccurate level readings which lead to a delayed or more likely [an] incompletely loaded train, then the client may incur penalty costs from the rail provider, or be unable to fill orders to the port in a timely way.

“Accurate readings from level sensors across the plant are also an important input to production management and day-to-day operations and planning.”

While noting that coal surge bins rarely exceed 30m in height, Tiedemann said level equipment that could manage greater ranges would provide enough power reserve to operate reliably when process conditions were at their worst.

“A sensor with a maximum range of greater than 60m in ideal conditions is what we will normally supply for coal surge bins which may be only 15-30m high,” he said.

“Use of a seemingly over-capable sensor is in fact a solid way to ensure reliability in changing process conditions. The sensor will continue to measure reliably with significant signal losses in the environment due to dust or steamy moisture and poor target reflectivity which is typical of random rock, coal and ore, and will also keep its sensing surface clean of build-up which might erode performance over time.”

While not sure exactly how long the producer had been trying to resolve the monitoring issue with the bins, Tiedemann said it had been for more than 10 years.

The Sultan 234 acoustic wave transmitter has been manufactured by Hawk in Melbourne for over eight years, with Tiedemann saying the product was being constantly upgraded and improved.

Used in the mining industry for key efficiencies with tailings dams and downstream processes, the Orca equipment received the Breakthrough Product of the Year award from Processing Magazine in December 2008. 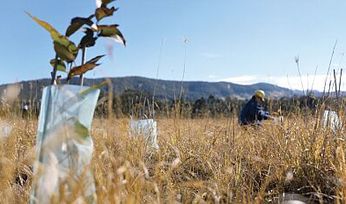 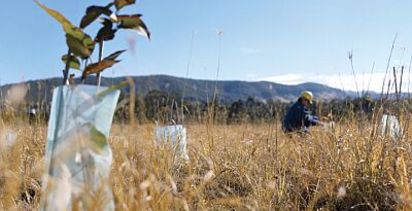