REHABILITATED coal mine voids will be used to breed marron in a new aquaculture enterprise. 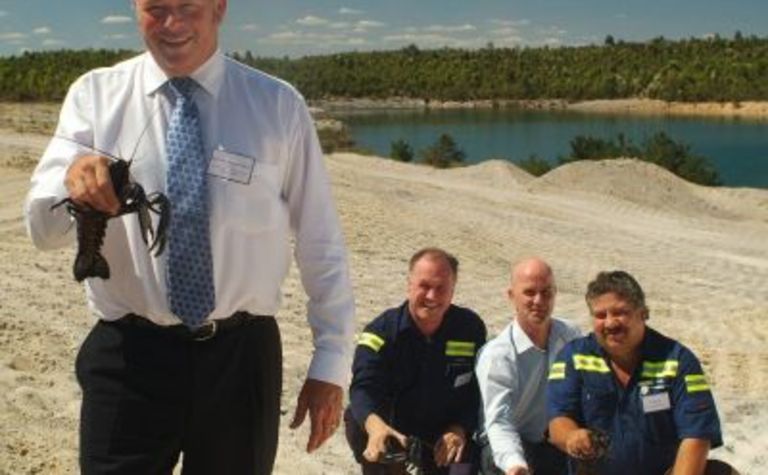 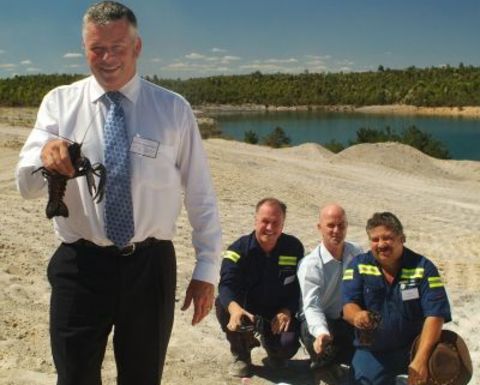 WA Commerce Minister Troy Buswell at Premier with a marron.

The old mine voids from former Wesfarmers coal operations in Western Australia will be used to farm marron using treated mine lake water.

The Ngalang Boodja Mine Lake Aquaculture Project, which the Western Australian government has committed $350,000 from its Coal Futures fund to, will also provide employment for Aboriginal trainees who have completed aquaculture programs at Collie TAFE.

Aquaculture Council of Western Australia chairman Max Ball said the project was a prime example of how aquaculture can integrate with WA’s mining and petroleum projects, as part of a succession plan or with co-existing projects.