ALPHA Natural Resources’ largest shareholder, Duquesne Capital Management, has announced it will not support the proposed merger with Foundation Coal Holdings ahead of Alpha’s shareholder vote on July 31.

Duquesne holds 5.9 million shares in Alpha, about 8.3% of the outstanding common stock, and came to its decision to vote against the merger after two months of financial analysis, including discussions with senior management from both coal producers.

“The analysis leads Duquesne to the clear conclusion that the proposed transaction is financially dilutive to Alpha shareholders by $US10-15 per share, increases balance-sheet risk to Alpha via the assumption of FCL's $650 million other post-employment benefits/pension liability and $530 million in net financial debt, and reduces financial flexibility via the highly restrictive covenants in Foundation bonds,” the hedge fund said.

“In addition to this financial dilution and these balance-sheet risks, in Duquesne's view the transaction is grossly dilutive to ANR's favourable business posture – its valuable exposure to the international metallurgical and thermal coal markets, and its favourable employee profile.

“Duquesne sees no advantages to the transaction that can make up for these serious detriments.”

Foundation has already fired off a public response, saying it strongly disagreed with Duquesne's assessment.

“As the US's largest producer and exporter of metallurgical coal and a leading supplier of thermal coal, we have both real-time insight and an informed view on the short, medium and long-term outlook for this industry and the markets we are in every day,” Foundation said.

“Given our industry experience, we remain convinced that the merger with Foundation will create significant, long-term value for shareholders.

“To date we've received outstanding support from our base of long-term investors who fully understand the strategic logic behind the transaction.”

If the merger gains approval from both Alpha and Foundation shareholders on July 31, the combined company will be the third-largest US coal producer behind Arch Coal and Peabody Energy.

The all-stock transaction, valued at $US2 billion, will give the combined entity a total of 59 coal mines, 14 preparation plants and 2008 pro forma revenues of $4.2 billion.

It will have a very large foothold in the US coal fields, including Foundation’s expansive holdings in the Powder River Basin region, and have total coal reserves of 2.3 billion tons.

The merged company will retain the Alpha name and be headquartered in Abingdon, Virginia. 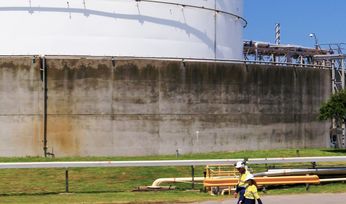 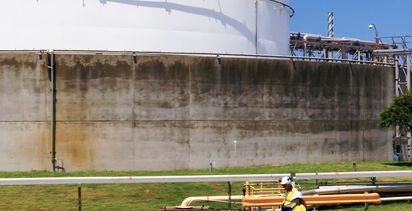 HPA pilot on course for take-off