Consol teams up for sequestration trial

The project, funded by the US Department of Energy, hopes to help mitigate climate change by providing an effective and economic means to permanently store CO2 in unmineable coal seams.

The Marshall County site was chosen because of its accessibility, availability, and typical northern Appalachian topography and geology.

In advance of CO2 injection, horizontal coalbed methane wells were drilled in a modified five-spot pattern over a 200-acre area into the unmineable Upper Freeport coal seam, 1200-1800 feet below ground, and separately into the overlying mineable Pittsburgh coal seam.

These wells have been producing coalbed methane and water since 2004. The center wells in the Upper Freeport seam have now been converted to CO2 injection wells, and a Class II underground injection control permit was obtained from the West Virginia Department of Environmental Protection Office of Oil and Gas.

Researchers plan to inject CO2 at a pressure of up to 700 pounds per square inch and a rate of about 27 short tons per day over the next two years into the center wells in the Upper Freeport coal seam.

During the project, and for two years after, the research team will monitor gas and water produced from active coalbed methane wells and abandoned deep gas wells in the area; monitor the quality of groundwater and stream water; monitor soil gas; test perfluorocarbon tracer; and use surface tilt meters to measure reservoir deflection and track movement of the CO2 plume.

This work will provide data to formulate effective CO2 injection procedures, evaluate the CO2 adsorption capacity of an Appalachian coal seam, and assess the economic feasibility of the potential greenhouse gas mitigation approach.

In July 2007, two observation wells were drilled at the Marshall County site, and core samples were collected for laboratory analysis.

Information from the core samples, such as pressure, production data, and composition of the produced gases, helped identify the Upper Freeport seam’s capacity for CO2 storage.

The core samples also provided information about the coal seam that NETL researchers are now using in simulations of CO2 injection and coalbed methane production.

Many factors are expected to affect this field test, including coal swelling. When CO2 is stored in a coal seam, the coal can swell. This reduces permeability, which in turn reduces injectivity.

It is believed that horizontal wells will help minimize the negative effects of coal swelling.

NETL researchers have also developed a coal-swelling model for use in simulations to help predict this behavior. 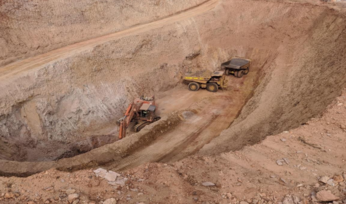 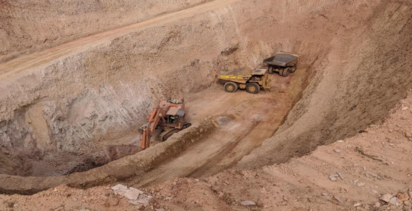