Mine officials sentenced for 2006 fatality

THE owner of an eastern Pennsylvania mine is under house arrest and the operator has been sentenced to prison time for their roles in a 2006 mine explosion that killed a worker.

According to the Associated Press, David Zimmerman, 53, and his son Steven, 34, of the R&D Coal Company mine in Schuylkill County, pleaded no contest to involuntary manslaughter last month. The men were charged as a result of the methane explosion in October 2006 that killed Dale Reightler, 43.

Both also pleaded guilty to three violations of the Anthracite Coal Mining Act as well as the reckless endangerment of another person.

The elder Zimmerman received six months of house arrest while his son was sentenced to 23 months in prison, the news service said.

''This is the first situation in Pennsylvania history where an individual has been sent to prison time for involuntary manslaughter for a mine death. It does not bring Dale Reightler back,'' state attorney general’s office spokesperson Nils Frederiksen told local newspaper the Allentown Morning Call.

''It does bring closure to this case and serves as a warning to anyone who may be in a position of supervising mines that they do have a responsibility to their workers.''

He added that David Zimmerman was given house arrest rather than jail time due to his poor health condition.

The state also charged employee Jeffrey Klinger, 43, with involuntary manslaughter and other associated counts, though these charges were dismissed. He received 60 days probation after pleading guilty to mine safety violations in September.

''All three individuals played a role in this totally unnecessary death,'' Frederiksen told the paper.

''In the end, all three have been held accountable.''

All charges stemmed from an April 2008 federal investigation that found flagrant violations at the operation had contributed to the methane gas explosion. Regulators looked to the operation’s blasting practices as well as inadequate ventilation.

The state’s Department of Environmental Protection permanently closed the mine in January 2007. In October 2007, almost one year to the day after the incident, owner and president David Himmelberger shot himself at the mine office.

Just months earlier, the US Mine Safety and Health Administration had handed down $874,000 in fines to the operation for its violations related to the death. Himmelberger's legal counsel was quoted at the time in local media as saying he was distressed over the case and potential fines that would bankrupt his company.

Investigators found there were no fall arrest or fall prevention devices within the main shaft. 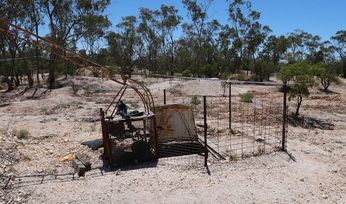 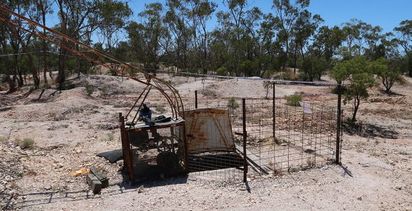