THE US Mine Safety and Health Administration has released its investigation into a May 2009 water inundation that left seven miners trapped at a southern West Virginia mine. 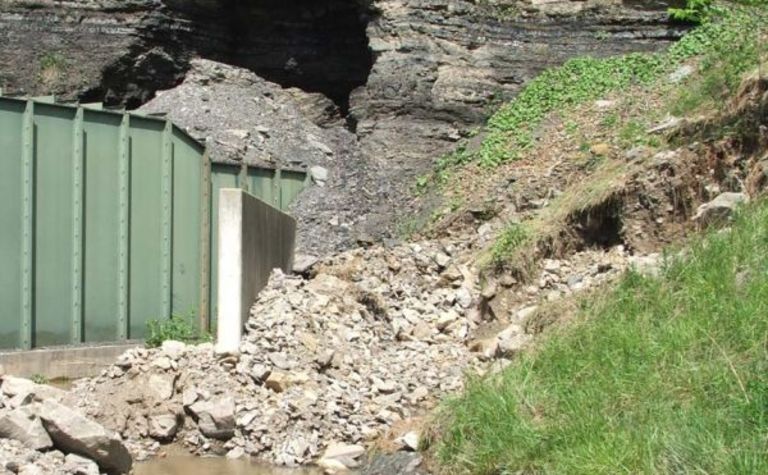 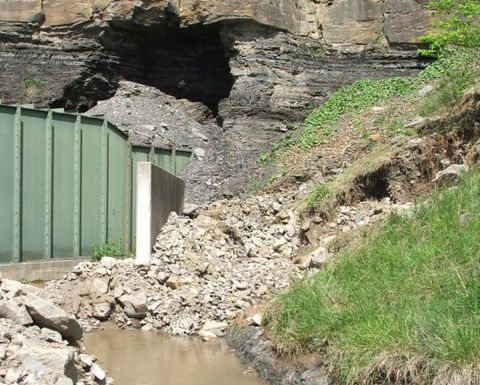 The scene of a water inundation in West Virginia in May 2009. Courtesy MSHA.

Heavy rains on May 9 in the region caused storm water runoff to enter the mine portals at Cobra Resources’ Mountaineer Alma A operation in Wharncliffe.

The agency said the flow was diverted after debris, rock and mud blocked the paths underneath the portals meant to deflect it.

“Trees and other vegetation in the uppermost ditch created a bottleneck, along with a buildup of sediment that prevented the ditches from functioning as designed,” MSHA noted.

Once the water settled underground, the seven miners still working became trapped for nearly 24 hours until it could be pumped out by surface workers.

"These miners had the wherewithal to move to higher ground," MSHA assistant secretary of labor for mine safety and health Joseph Main said.

"Their actions, along with the expertise of federal and state mining officials and mine management, resulted in a positive outcome.

“Nevertheless, the mine operator's failure to properly maintain underground diversion systems and escapeways could just as easily have ended in tragedy.”

The agency added that the incident underscored the need for all US mines to maintain escapeways.

MSHA issued two citations to owner Alpha Natural Resources and operator Cobra Resources, the first for failing to properly monitor and maintain the operation’s diversion ditch system, which was designed to route storm runoff away from the portals and into nearby ponds.

“Consequently, the operator failed to adequately protect the surface openings at the main portal areas to prevent flood water from entering the mine, in that flood waters from the surface entered the mine and inundated the escapeways, making those escapeways impassable,” MSHA said.

The agency also cited the operator for failing to maintain the mine’s two escapeways and keep them in safe condition.

“The flood waters entered the mine and inundated a low area at the main portal in all 10 entries, preventing the seven miners from exiting the mine. The depth of the water ranged from zero feet to approximately 9 feet deep and was roofed in most areas,” officials noted.

MSHA did not indicate the fines associated with the violation citations.

Mountaineer Alma A extracts from the Alma A seam has five drift openings and four shaft openings, and produces about 5000 tons raw daily from two continuous mining units. The mine employs 106 miners, 87 underground.

MSHA was conducting a regular E01 safety and health inspection at the time of the incident.

The operation’s non-fatal days lost injury incidence rate in 2008 was 3.93, versus the national NFDL rate that year of 4.56.

"We believe you; we support you and enough is enough," the government said. 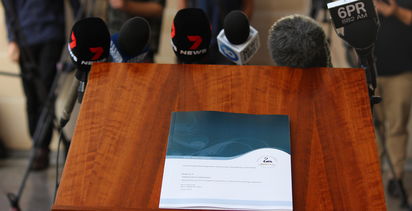