NEW Canadian operator North American Gem has increased its Blue Gem seam holdings with the acquisition of the Granny Rose lease in Knox County, Kentucky, for a highwall/surface complex.

The company said the lease, which will be immediately permitted for mining, contained Blue Gem coal throughout and at an average thickness of 2 feet.

NAG is preparing the mining permit for submission to the Kentucky Department of Natural Resources. The documentation outlines that about 250 acres will be mined using surface methods and approximately 100 acres will use highwall and/or auger techniques to extract.

The company anticipates Granny Rose to have relatively low mining costs due to favorable mining conditions and strip ratios. No mountaintop removal or valley fills will be involved.

In related news, NAG announced last week that it has engaged Deborah Moses of Engineering Consulting Services for engineering services at its Kentucky and West Virginia coal operations.

Moses, the southeast region director for ECSI, coordinates mining, environmental and surveying projects in the southern part of Kentucky for the consulting firm, and has expertise in reserve analysis, environmental audits and unmined mineral tax issues.

Under the producer’s agreement, Moses will be included in engineering services decisions while also evaluating coal leases for their development potential. She will also oversee the mine permit and preparation of the mine plan application.

In total, the producer holds about 5000 acres of coal reserve leases in Knox and Whitley counties in Kentucky, and is actively developing eight for permits.

Onsite at Broken Hill pilot plant construction has advanced and key equipment was in place. 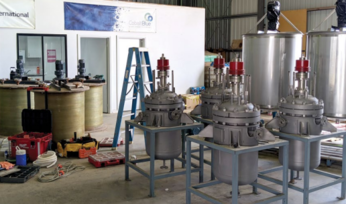 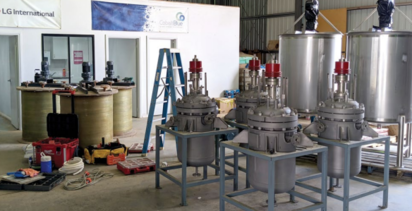