THE Shen Neng 1 will be brought into Gladstone to unload coal and potentially undergo repairs before being towed overseas. The Shen Neng 1 ran aground on shoal within the Great Barrier Reef.

According to maritime officials, the ship will enter Gladstone this Thursday provided weather conditions are suitable.

The 230m Shen Neng 1 vessel was loaded with 68,000 tonnes of coal and was on its way to China from Gladstone’s port when it ran aground on April 3.

Maritime Safety Queensland general manager Patrick Quirk said salvage experts had indicated the Shen Neng 1 required repairs and some cargo to be discharged prior to being towed directly to a foreign port.

“Because it was so damaged in the grounding the ship probably needs to have a significant amount of coal unloaded and potentially have some temporary repairs undertaken before it leaves Australian waters,” Quirk said.

He said the most responsible move was to bring the ship to Gladstone Port, unload some coal, undertake any repairs needed and send the ship on its way.

Quirk said initial assessment by salvage experts showed the ship’s hull had been breached in at least two places with dents and cracking along its length.

“A deep sea tow in its current condition presents too big a risk for further pollution and danger to seafarers,” Quirk said.

He said the current situation was stable with no oil leaking and with the majority of oil remaining on board in secure positions.

The vessel would take around 18-24 hours to be towed to the port, then around another seven hours for it to enter and be secured at berth number 4 at the RG Tanna Coal Terminal.

Quirk said the strong mix of maritime and industrial skills in the area meant Gladstone was the best place in Australia to undertake initial repairs before the vessel was towed overseas.

“Much as we’d like it, we can’t simply close our eyes and hope the Shen Neng 1 goes away. Queensland has a role to play,” he said.

The ship will likely remain in Gladstone for a number of weeks while coal was transferred and further assessment and potential repairs were undertaken.

Reef runner to pay up 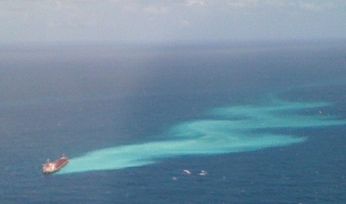 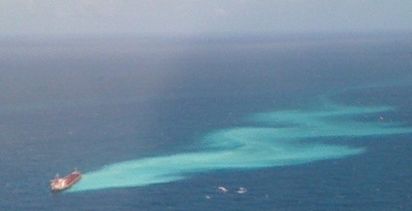