UPPER Big Branch mine owner Massey Energy said today that data it is collecting on gases from the West Virginia operation reflect a “sudden inundation of unusually high levels” of methane on April 5, the day of an explosion that killed 29 miners. 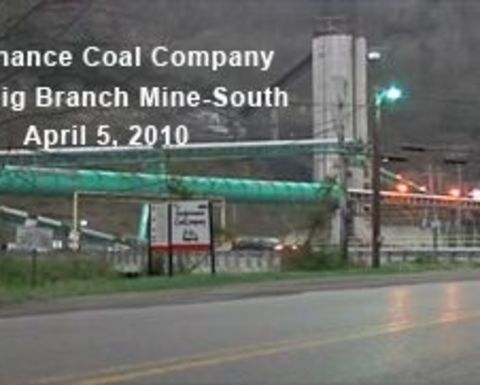 The company noted that the readings were almost three times over normal liberation rates for UBB.

Readings were taken from the mine’s primary ventilation exhaust, the Bandytown Fan, by the US Mine Safety and Health Administration.

Massey said that the information received demonstrates several points – the first being that the unexpected methane release was overwhelming to normal safety operations.

“To put it in perspective, a methane release of this size would completely fill a 2000-square-foot house with an explosive atmosphere in under 40 seconds, and could fill the volume of a typical mine entry to explosive levels in under 25 seconds,” explosions expert and Massey UBB investigation team member Dr Christopher Schemel said.

“While the UBB investigation is still ongoing, and it is far too early to determine the exact cause of the April 5 accident, the methane gas data is a very important piece of evidence.”

Another important factor in the data is that ventilation system fans at the operation continued to operate even after the explosion and continued to supply fresh air at a rate outlined by federally-mandated design specifications.

“Gas samples taken by MSHA from the Bandytown ventilation fan show the mine atmosphere experienced a rapid inundation of methane, raising the concentration in the ventilation air significantly,” the company said.

“Furthermore, the ventilation gas reading data details how the mine environment returned to more normal conditions a few days later.”

The data MSHA collected from UBB has been made available online through Massey’s website.

On Thursday afternoon, federal officials from MSHA said they believed the figures referred to in their announcement were taken several hours after the explosion, during rescue and recovery efforts relating to the incident.

“This information was shared with Massey some time ago,” the agency said.

MSHA also noted that it will obviously be evaluating methane levels closely as part of the UBB blast investigation, but that explosions require concentrations of gas or dust along with a source of ignition.

“We know this company and this mine violated ventilation standards multiple times in the months leading up to the explosion. We’ll look closely at the methane levels, whether Massey was following its plan at the time of the explosion, and any evidence indicating methane detectors were tampered with.”

In related UBB news, Massey chief executive officer Don Blankenship said in a televised interview that federal regulations over the coal industry are “excessive” and the government’s technical expertise is lacking.

“The feeling of the industry is that we’re regulated too much and not too little,” he told Bloomberg Television’s InBusiness.

He also noted that miner safety was put at risk by that increased regulation, as engineers for the coal industry are at a higher level than those working for government agencies.

In the fallout from the blast those present were told to delete video footage of the incident.