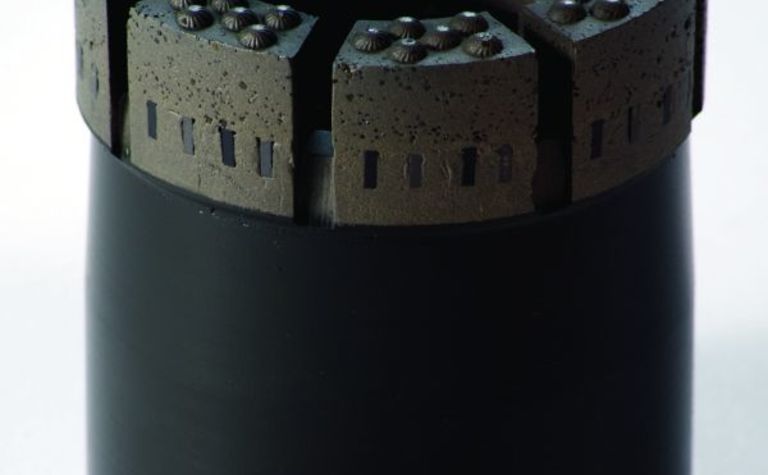 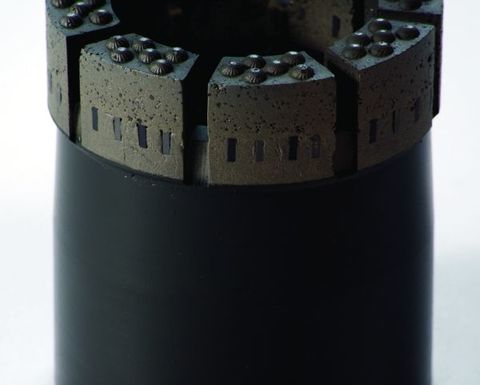 The line can be used across all types of ground formations, eliminating the time-consuming practice of alternative bit changes. It has 11 configurations designed for deeper penetration and reduced rod tripping.

“Our goal was to redefine the surface-set category and set a new benchmark for productivity in soft and sedimentary applications,” company coring product manager Monika Portman said.

“Early testing of the new surface-set bits confirms the strength of the engineering and proprietary Boart Longyear technology applied in their development.”

The company calls the Surface Set XP line a “game-changer” for the diamond bit sector because of a new technology. Boart Longyear’s RazorCut bit face design allows the bit to be ready to cut right out of the box. The patented UltraMatrix crown contains an impregnation of synthetic diamonds – versus a single layer found on traditional surface set bits – that significantly extends the product’s lifespan.

The impregnation of diamonds continues to expose new cutting surfaces, keeping productivity high for the driller and client operation. The UltraMatrix crown is also designed to reduce downtime where the bit is not cutting.

“Hard seams in the ground often destroy traditional surface-set bits, forcing operators to pull the rod string out and change bits,” the company pointed out.

The 120-year-old Utah-based manufacturer tested Surface Set XP bits at several sites across the globe before the launch, and received positive feedback from domestic drilling sites as well as international ones. Common were reports of lifespans twice that of traditional surface sets, and some reported that Boart’s new product lasted as much as four times longer.

Portman put the performance of the bits into perspective using the bottom-line factor for virtually all drilling contractors and operators – depth before changeout.

Normal surface sets, she noted, will typically allow for about 1500 feet of penetration on average.

However, with those typically used bits, the drill must be pulled from the earth so a changeout can be completed for changing geology or for total replacement with a new bit.

With Boart’s XP bits, average depth reports range from 3500ft to more than 9200ft. Portman said this was “remarkable” for those customers drilling deep, especially since the bit can remain as geology changes.

“This bit will drill right through, and still keep going,” she said, referring to Surface Set XP’s push-through capabilities even through hard seams.

The new product, introduced at a Canadian trade event in March 2010, is commercially available to drillers and operations globally, and available in all sizes. Portman said the technology would also be featured in all of Boart Longyear’s future developments, including a product under design for medium, hard and ultra-hard ground conditions that would be released late this year or early 2011.

For now, the company is confident that the feedback received from even the harshest test environments will be echoed by customers realizing penetration depth increases as well as time and cost-efficiency improvements.

“It will change the way drillers drill,” she said. “That is a huge step ... that’s how promising this technology is.”

Boart Longyear, anticipating its product release to become known as an industry milestone, spoke about some current drilling trends – especially those that have been altered and highlighted amid a volatile market.

One overall issue, the company noted, is the competitiveness of the industry. As other types of drilling felt the pinch of the weak economy, many drillers turned to coal during the downtime. Not only could they keep their drills running strong, but they were also enticed by the long-term demand for, and profits achieved by, coal.

As other areas of industry are rebounding, many drillers are continuing with coal, and maintaining their practices in that sector. Productivity is a rising issue, making Boart Longyear’s XP bit release all the more well-timed.

Another issue, being experienced on a global scale, is drillers hitting increasingly harder seams as much of the softer ground has already been tapped.

When traditional bit sets are used in these increasingly difficult scenarios, costs soar for the driller and the coal operator as productivity is lost to worn bits, alternative bit exchanges and the time involved in bringing the spent bit from the drillhole.

“At the end of the day, drillers and clients are looking for productivity,” Portman said, pointing out that companies typically bill clients based on meters drilled and not how many hours a rig took to reach target depth.

With 12 millimeters of embedded synthetic stones in the Surface Set XP line, flexibility, functionality and efficiency can easily align for driller rig and crews alike.

“Drillers are one of the hardest groups to convince when it comes to changing the bit they are used to drilling with. It is an emotional thing for them,” Portman said.

“Once they drill with this bit, they won’t go back.” 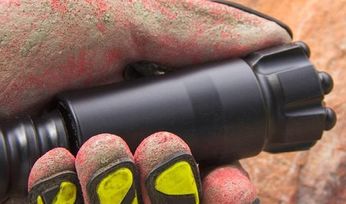 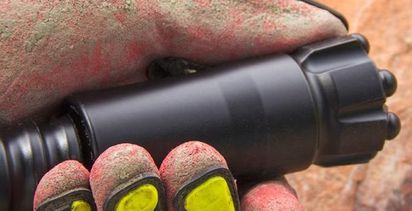