Vale yet to give back to Aussie communities

FOR years Vale Australia appears to have not made any notable contributions to community projects near its coal operations in New South Wales or Queensland. However, a Vale Foundation director is scheduled to meet Isaac Regions Council Mayor Cedric Marshall tomorrow, a few weeks since ILN started investigating the matter.

The Brazilian iron ore giant dived into Australian coal by purchasing a portfolio of mines and projects from private company AMCI for $A835 million in February 2007.

The producing assets included a 61% stake in the Integra Coal joint venture, which owns open cut and underground mines near Singleton in the Hunter Valley, plus full ownership of the Broadlea open cut mine in central Queensland which closed late last year.

Vale also gained 80% of the nearby Carborough Downs project, which started longwall mining in September 2009, plus half of the Isaac Plains joint venture with Aquila Resources in the state, which began open cut mining in late 2006.

Despite the years Vale spent in central Queensland and the Hunter Valley, ILN has not been able to find evidence of contributions to local community projects.

This contrasts with Vale’s touted contributions around the world.

At a Bowen Basin coal conference in August, Vale global coal managing director Decio Amaral said the company had invested $US201 million in social projects worldwide along with $580 million in environmental initiatives in 2009 alone.

While the myriad of projects sponsored by mining companies in coal communities do not always attract media attention, they often generate interest from councils and cash-strapped volunteer associations.

The council region has more than 21,000 people living in many of the key coal towns in central Queensland, including Moranbah, Clermont, Dysart and Middlemount.

Vale’s operations at Broadlea, Carborough Downs and Isaac Plains are close to Moranbah, but news of any of its local contributions is hard to find.

Marshall told ILN that mining companies contribute to local projects across a range of areas such as community development, the arts, education, environment, health, youth programs, plus sport and recreation.

“They do contribute quite a bit to the communities, and in the specific-built mining towns we do get contributions from them towards major upgrades of water and sewerage infrastructure,” he said.

But when asked about Vale’s contributions, Marshall said he was not aware of any.

Curiously, while Vale has not responded over the past month to questions from ILN about its community investments, Vale Foundation director Silvio Vaz is scheduled to meet with the mayor tomorrow in Moranbah – an appointment organised last week.

“Hopefully they are serious about doing something in the community, but we will get a better feel after Wednesday,” Marshall said.

“I think we will make them aware of what other mining companies contribute to, hopefully we will get something out of this visit.

“Up until now Vale has only bought a number of residential lots in Moranbah.”

Whether the second-biggest mining company in the world will open the purse strings for the Singleton community in the Hunter Valley of New South Wales is another matter.

Singleton Mayor Sue Moore told ILN she was not “aware of” any contributions Vale has made in her council area.

Although Moore initially did not know that a Vale Foundation director was flying over to Australia, she received a call at the end of yesterday, arranging a meeting with Vale people “from Brazil” on Wednesday afternoon.

This came as a surprise to her given the company’s previous lack of contact.

Although she suspected Vale might have contributed $25,000 to buy a thermal imaging camera for the Darlington Rural Fire Service Brigade, this turned out to be a gift from BHP Billiton.

“Twenty-five thousand dollars out of my budget is a fair whack,” he said.

The handheld camera will be used to pick up hot spots in fires and to make sure fire debris, burnt tree stumps and rubble are properly extinguished.

“Generally most of the mines around here are very supportive, most of them have those consultative groups, and they usually interact with us through them.”

Jones was unaware of any contributions made by the Vale-operated Integra mining complex, but he was pleased that Xstrata Coal had donated a couple of portions of land to build stations on.

ILN first questioned Vale over its community investments back in August, and despite several reminders the miner has not responded to questions on this issue.

Other coal companies had quick turnarounds on their levels of community investment.

Excluding some of its community programs, and national programs such as the Rio Tinto Aboriginal Foundation, Rio Tinto Coal Australia has chipped in more than $8 million in Queensland and NSW through its eight community development funds.

“Wherever possible, we seek community investment opportunities where we are not the only funding source but are one of a number of community or government bodies that contribute to a program,” a RTCA spokeswoman told ILN.

“In this way, the long-term sustainability of a program is increased and community dependence on mining activities decreases over time.

“During 2009, we also made a significant investment in public transport infrastructure at Clermont, where we have built our newest mine.

“Each of our minesites also make large financial contributions within their local communities, from paving for kindergartens to tree plantings by local environmental groups, supporting Bookweek at schools, supporting charities like Shave for a Cure, and major university partnerships to help address the skills shortage.”

Put another $125 million into the Exploring for the Future program. 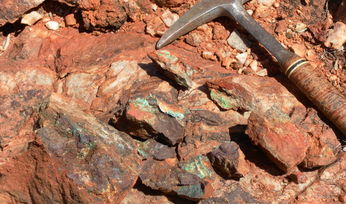 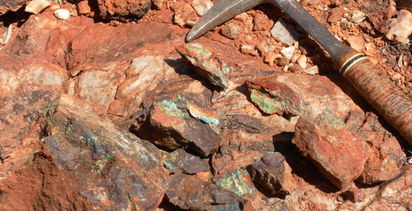 Bit of give and take