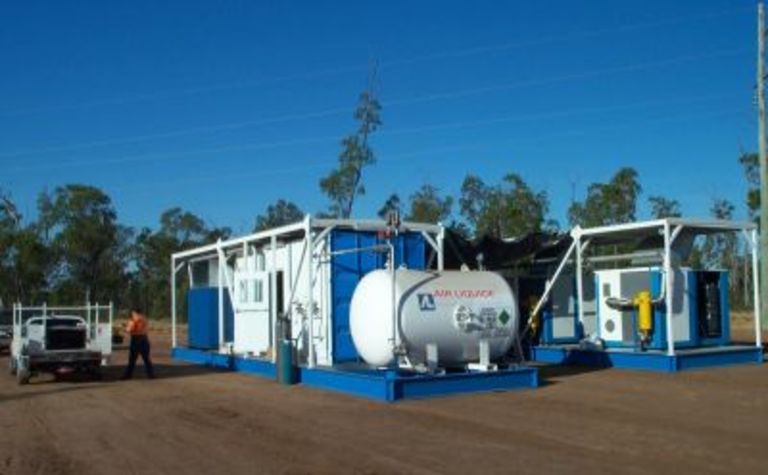 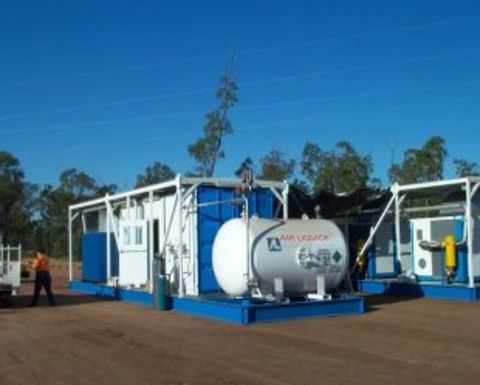 The new system, which conveys nitrogen to Xstrata's Oaky North and Oaky No. 1 longwall mines, is made up of an Air Liquide AMSA series Floxal nitrogen generator, located at Oaky North, and the polyethylene pipeline.

The Floxal units are a mobile inerting system that helps prevent occurrences of spontaneous combustion, fires and potential gas explosions in underground mines.

For Oaky No. 1 ventilation officer Trent Griffiths the plant has been a hit - already successfully being used to seal a longwall panel.

"Anyone looking at alternative inertisation tools should seriously consider such a system," Griffiths said.

Oaky first opted for the reticulation system because the plant was able to be powered by electricity and did not require any diesel, water or operators. The units are unmanned and are remotely monitored using Air Liquide's tele-monitoring systems.

Situated on the surface between Oaky No. 1 Mine and Oaky North Mine, the Floxal AMSA unit was delivered onsite during March this year. Over the past few months, the mine has run delivery lines on the surface of both minesites in preparation for upcoming longwall seal-ups.

Oaky No. 1 was the first to use the plant to aid it with the successful sealing up of one of its recently completed longwall panels.

"We began pumping nitrogen into the longwall goaf on October 26. We ran the plant until we successfully purged the remaining oxygen out of the goaf, at which point we shut the plant down on November 15," Griffiths said.

Air Liquide Australia national product manager Sajimon Joseph said the units provide large quantities of nitrogen at much higher pressures than has been previously available from alternative methods and suppliers.

The environmental advantages of the system are another big plus for Oaky Creek: since the Floxal units do not need diesel or cooling water for their operation, they do not emit any greenhouse gas.

"These units produce nitrogen at a pressure of about nine bar enabling the inert gas (2000 cubic metres per hour) to be reticulated through the mine over large distances while the unit can be located close to the power source," Joseph said.

"The mobile units also offer the advantage of being used pro-actively, eliminating the risk of spontaneous combustion and at the same time providing unique benefits to the mines in terms of safety, reliability and cost-effectiveness."

The plant has been designed to remain in the fixed position for the next five years or so, with both minesites simply extending surface polyethylene pipe work to suit.

For Oaky No. 1 the reticulation will eventually comprise around 5.3km of DN 125 poly and a further 2.6km of DN 110 poly to reach the borehole, and up to a further 700m of underground pipeline to reach the goaf or roadway that is being sealed.

For Oaky North, even with the Floxal onsite there is still 1.6km of DN 125 pipe followed by 2.2km of DN 110 pipe to reach the current borehole, and again an assumption of up to 1km of 100 NB pipe underground to reach the area being sealed.

While the available pressure from the Floxal system is up to 900kPag, the pipeline to Oaky No. 1 runs at about 650kPag while the shorter run to Oaky North only requires about 560kPag to flow the full volume of 1934 standard cubic metres per hour (537 litres per second).

"Some of the pipe is buried, some is above ground; it crosses a creek on the existing methane pipeline pipe bridge and doesn't corrode or need painting or cathodic protection like steel pipe systems," Joseph said.