A WEST Virginia mine has been ordered to strengthen its safety program and retrain workers on mobile equipment hazards after an investigation into a fatal accident, according to the US Mine Safety and Health Administration.

General inside labourer Adam Lanham, 18, was killed the afternoon of May 30 at Wolf Run Mining’s Sentinel operation when he was struck by a Fairchild 35C-WH scoop. Wolf Run is a division of International Coal Group.

The US mine safety watchdog investigated the incident.

“The scoop inadvertently struck the victim at the No. 13 block intersection causing fatal injuries.”

“The scoop was [also] inspected on the date of the accident during the underground portion of the investigation. Operational tests of the scoop revealed no defects or deficiencies,” MSHA said.

The agency found two root causes for the incident.

The first was that no written procedures, rules or policies were in place to keep pedestrian workers at a safe distance from mobile rubber tyred equipment.

As a corrective action, MSHA ordered the mine’s management to address the issues in their comprehensive mine safety program.

“All underground personnel were reinstructed regarding the safe location of persons around operating mobile rubber tyre equipment,” it said.

“Management should routinely observe work habits and monitor enforcement of the newly established policies in the comprehensive mine safety program.”

The second root cause found was that the mine’s crews had not followed procedure for working around mobile equipment.

But MSHA ordered all workers at the mine to be retrained on safe practices for working and walking around mobile equipment.

The mine, with an average daily production of 5500 tons, was placed on active status with the agency in January 2007.

For the previous quarter, the mine’s non fatal days lost (NFDL) rate was 11.86, versus a 4.15 national average for the same period.

Pilots failed to notice the braking system had insufficient pressure. 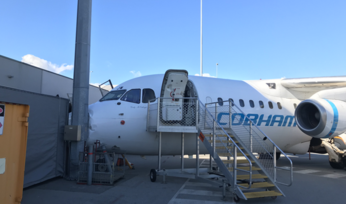 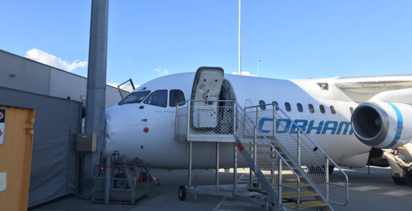