Moranbah North’s goal is to complete and maintain a float level of one gateroad in front of the longwall face in order to guarantee coal availability, meet ventilation requirements and maximise longwall pre-installation opportunity.

The mine has adopted some innovative products and ideas. For example, adaptation of “long” cable bolts used to reinforce weak ground in longwall face start-up to support ground in areas where faults are mined through, is being examined.

“We don’t intend to be an experimental mine, however, we certainly intend applying best practice and the learning experience of others, whether local or international, to our operations,” Gallagher said. “Moranbah North has made a few innovations of its own where we have found industry practice or application of research inadequate or encountered conditions particular to our operation.

“An example of this has been the approach to heat management, where progress has been made since 1997-98 from ongoing measurement of temperature and analysis of heat sources, to quantification of the local geothermal gradient, to correlation of effect of surface temperature and annual cycles on heat at working faces, to battery haulage trials during the summer of 1999-2000, to development by late 2000 of a thoroughly researched heat management plan (including dehydration testing).

“Our next steps are introduction of shuttle cars during summer months, and, following research and examination of options, finalising analysis of suitable cooling systems for future introduction.

“In addition to addressing heat, as the mine progresses in depth there is a need to drain the coal seam methane ahead of operations. Although I can’t relate details at this time, we are looking at some promising options in being able to significantly reduce traditional costs of coal mine gas drainage.”

Safety at Moranbah North remains a high priority, as evidenced by the mine’s safety record. “Employees are personally and consistently told from the highest level of management onwards if it’s not safe, don’t do it,” Rowland said.

For calendar year 2000 the Lost Time Injury Frequency Rate (LTIFR) of the mine was 5.6 compared to an average of 25 for Australian underground coal operations, and 15 for Australian open cut operations. The mine’s Total Recordable Case Frequency Rate (TRCFR) of 33 supports its claim to the high safety performance category, according to HSE Manager Ian McDonell. TRCs are the total of lost time injuries, restricted work cases and medical treatment cases (those requiring treatment more than first aid).

In a safety first for Australian underground coal mining, Moranbah North will be introducing a shift safety advisor to accompany each underground shift. This will be a rotating position drawn from various operations within the mine.

“Put in true perspective, Moranbah North already has firmly established its status as a world class longwall mine. It is one of the most productive Australian longwall pits and ranks strongly when compared with high ranking longwall operations in the USA. The work ethic of Moranbah North coal miners is second to none,” Rowland said.

It would lose about 2 million tonnes of production from Moranbah as a result of the fall. 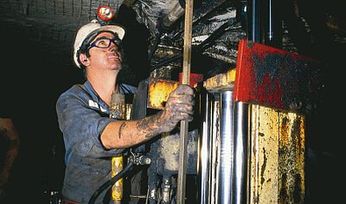 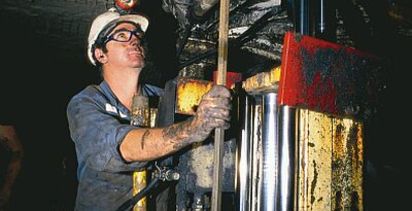 Vimy finds all sorts at Angularli