TEN roof supports from the closed US Shoshone mine are currently undergoing refurbishment at DBT’s Rooty Hill workshop near Sydney. Steve Relf, longwall co-ordinator at the Metropolitan mine in NSW, recalls the events leading up to the mine’s decision to extend face width to 134m.

Since longwalling was introduced in 1995 Metropolitan has had a checkered history. The wall was purchased and installed by the mine owner Deanhurst in 1995 after preliminary feasibility work was carried out over a period of 10 years on and off. The equipment is a DBT face and supports, Eickhoff shearer and ATF (MM) electrics.

Deanhurst collapsed in 1996 leaving the mine controlled by an administrator for the next two years and operated by Allied Mining. Allied pulled out of the arrangement in January 1999 and the mine was purchased by SADA Operations, which now runs the mine as Helensburgh Coal Pty Ltd.

Initially and up to this present time the longwall was installed with 80 x 1.5m x 3.7m 750 tonne roof supports giving it a 121m roadway centre to centre distance. This yields in the 3.1-3.6m Bulli seam approximately 460t per shear with an 800mm webb.

In 2000 it was decided to increase our block width to achieve a higher cutting efficiency off the wall and better development ratio by 14.5m. This distance was decided mainly by cost restriction because of our "live within our means/small mine" philosophy and the original single m/g drive capacity of a 134m face.

Roof supports where sourced worldwide by numerous parties. DBT Australia located a full longwall system in RAG’s Shoshone Wyoming USA mine which was closing and selling all its assets.

Twenty-one identical 1.75m x 4.5m x 700t supports were purchased from a selection of their 220m face installation. As far as support density, hydraulically and PM4 control system were concerned, it matched our present system. This offered a great advantage over some Australia face extensions that run mismatched equipment, creating both an operational and engineering nightmare.

Ten supports where imported to Australia immediately and these are being overhauled at present at DBT’s Rooty Hill workshop in Sydney. Two of these supports are being stripped for parts and eight will be installed on our face with new pans to be manufactured by DBT Australia for installation in September 2001. The other 11 supports are being stored at DBT Price Utah USA and will be imported at a later date to increase the face to just over 150m. This will require a new maingate drive system, possibly incorporating a CST from DBT.

This installation will be for LW8 and the 2nd face extension for LW10 2003. The mine has a capability of another 38 longwall blocks each approx. 1.8km long yielding 1.2-1.4 million tonnes per block. Further lease extensions are possible although are not in planning at this stage. 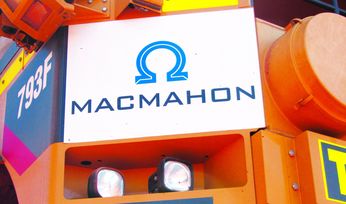 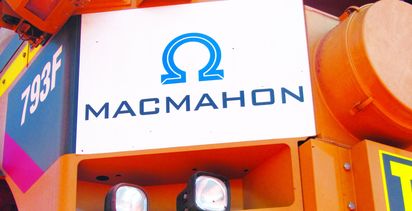