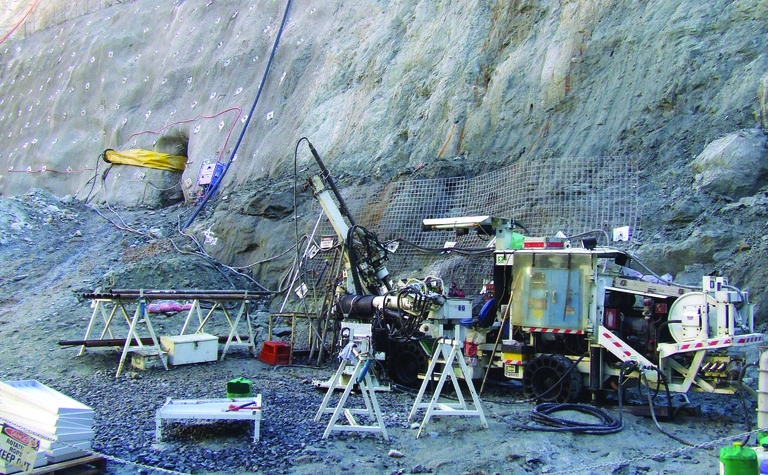 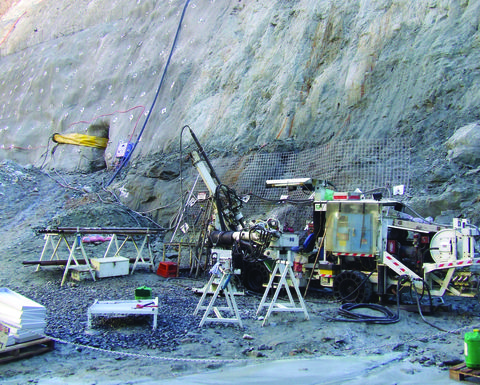 A Swick rig at a Ramelius mine.

The awards, in their second year, drew a very strong field and in many of the categories it was hard to choose a winner.

They are designed to celebrate the best Australia's mining and mining equipment, technology and services sectors have to offer.

When it comes to innovation, coming up with a world first is a great way to catch the eye and so it was for Orica.

It entered its WebGen 100 wireless electronic blasting system into the Innovation of the Year Award.

WebGen 100 is not intended to replace conventional initiating systems. Rather, it is designed to be another tool to address industry challenges.

It was initially created for underground blasting and to increase reliability with fewer misfires, production delays and also to eliminate the need to redrill.

The system was put to the test at Ernest Henry mine last year in full production conditions and met all objects. That trial ran over several months.

"We saw that wireless blasting would remove our people from working around draw point brows and over draw point rills, and the trial proved that this significant risk encountered in all sub level cave mines around the world could be eliminated," he said.

Its electrical team has gone 27 years without a lost time injury.

Capcoal is made up of two open-cut mines, Lake Lindsay and Oak Park, which produce quality hard coking coal for export steel markets.

Also, sections in the workforce have gone many years LTI free, with the electrical team more than 27 years without an LTI.

There are many other workgroups onsite with similar LTI free performance.

According to Anglo American, the onsite workforce is empowered to make clear safety go or no-go decisions, and the culture is very much one of "my brother's keeper, my sister's keeper".

"There is a distinct small family feel to Capcoal Surface," it said.

"Further, this safety performance has been achieved during a challenging period of industrial unease, which was resolved successfully between all parties with the ratification of two enterprise agreements on the site in 2017. Safety was never compromised."

The Capcoal workforce has a mantra of "Chronic Unease", which means never being complacent and always thinking about "what could go wrong?"

Its productivity has been achieved through focus and determination, and never at the expense of safety.

Despite the best efforts of Tropical Cyclone Debbie, Capcoal surface was able to recover from the damage, and achieved 105% prime, 107% run-of-mine, and 100% saleable production against its year to date targets.

Xenith has been named Mining Consultant of the Year, sponsored by Transmin, thanks to its Hunter Valley manager David Lennard.

It was his efforts to not only work as a consultant but to also provide training and mentoring to clients and Xenith colleagues that stood out.

Batchfire Resources executive director Edek Choros said Lennard had played a pivotal role in Batchfire's purchase of the Callide mine.

"David formed an independent view of the project, generated multiple development options for economic modelling and was extensively involved in the due diligence of the asset," Choros said.

"This work contributed to Batchfire securing the $100 million of capital investment required to purchase the Callide mine.

"Since the purchase David has continued to be involved in the implementation of the new operating strategy."

Leading mining technology company Chrysos Corporation from its formation, through development and to the point of being poised to deploy it's PhotonAssay in Perth in early 2018 won Dirk Treasure (pictured left) the Komatsu-sponsored Emerging Leader of the Year Award.

Chrysos Corporation was formed in 2016 and is a partnership between CSIRO and RFC Ambrian for the purpose of commercialisng the PhotonAssay technology.

The technology has the potential to globally alter the business of mineral assay.

Treasure has been the steward of the project since its very earliest days of discussions between CSIRO and RFC Ambrian.

Initially brought on in the capacity of acting CEO, he orchestrated the formation of the company, the technology licence agreement with CSIRO, seed capital raising, design and manufacturing of the unit, and the company's industry partnership for use of the first device.

The technology has substantial implications for the mining industry as a whole.

Mining services company Bis Industries won the METS Exporter of the Year category with its claim that it was disrupting the Indonesian transport market through its haulage solution for PT Bayan Resources at the Tabang coal mine in East Kalimantan.

The T1250 prime mover allows for higher payloads than other haulage vehicles, and delivers increased productivity and efficiency as well as being a significant cost saver.

From initial planning to implementation on-site in Indonesia, Bis was able to mobilise the equipment in less than six months.

Bis was able to increase the maximum haulage capacity in Indonesia from 120t to 200t for a single T1250 truck, or 300t for a dual powered road train, and deliver a more streamlined and cost efficient solution, to effectively disrupt the Indonesian payload market.

This was the first time this type of technology had been exported and assembled outside of Australia, with the operation -including the exported equipment, technology, and services- totalling A$100 million.

Bis is actively bidding on other haulage jobs in Australia and Indonesia that will use the T1250 prime movers.

Swick won the Mining Contractor of the Year Award.

It lays claim to being one of Australia's largest mineral drilling contractors.

It provides underground and surface drilling services to a range of mining houses in precious and base metals and bulk commodities.

One of the things that drew the judges' attention was its research and development efforts.

It has a reputation for pioneering rig designs that deliver improvements in productivity, safety, versatility and value.

The company is also heading into the analytical services business.

It bought the Orexplore rock X-ray technology and Swick CEO Kent Swick believes that may one day dwarf its diamond-core drilling activities.

His goal is to become one of the top three assay firms in the world.

That aside, the company provides drilling services to many of the world's largest miners including BHP, Rio Tinto, Glencore, Newmont, Barrick Gold, Vale, Gold Fields, Newcrest, Goldcorp and Agnico-Eagle Mines.

It also has operations in Canada and the US.