TESTING by the Queensland University of Technology has found that old mining tyres can be recycled into lower emission diesel. 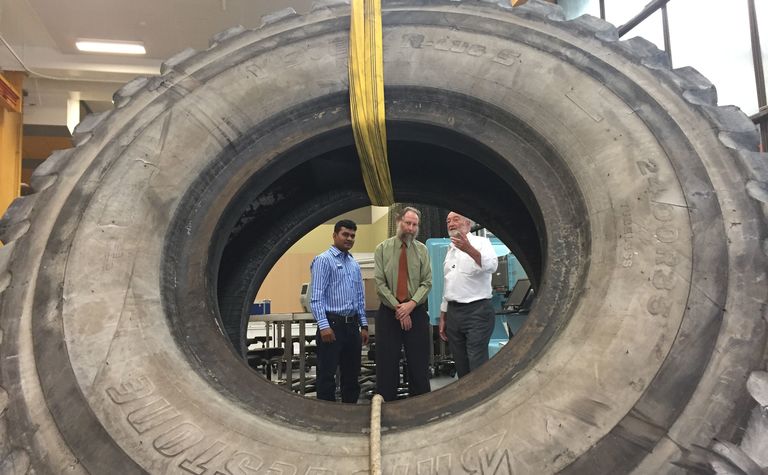 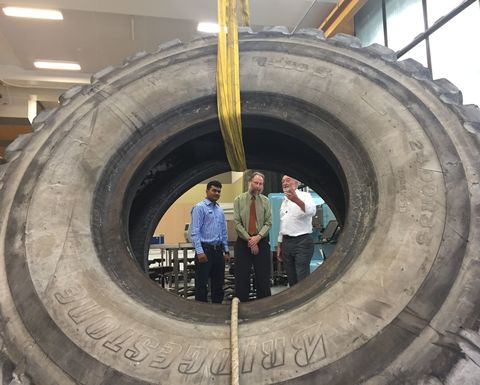 The GDT process takes tyres and turns them into oil, carbon and steel, with the latter coming from the belting put into the rubber.

Brown said that when the oil was blended with diesel it was found to produce a fuel with reduced emissions but no loss of engine performance.

“We tested the oil that GDT produces from both recycled natural and synthetic rubber tyres in 10% and 20% diesel blends,” he said.

“We tested the tyre oil blends in a turbocharged, common rail, direct injection six-cylinder engine in the Biofuel Engine Research Facility at QUT.

“The engine is typical of engine types used in the transport industry.

“We found a 30% reduction in nitrogen oxide, which contributes to petrochemical smog, and lower particle mass, which means fewer problems for emission treatment systems.”

GDT chief operating officer Trevor Bayley said the oil could also be used as a heating fuel or further refined into automotive or aviation jet fuel.

“The process recycles end of life tyres into oil, carbon and steel, leaving nothing wasted and even uses some of the recovered oil as the heat source,” Bayley said.

“The potential of this source of biofuel feedstock is immense and it is more sustainable than other bio-oils from plants such as corn or algae.”

GDT plans to have the first fully operational commercial plant delivering 8 million litres of oil a year by mid-2017.

After that it wants to have a mining tyre processing plant in either Queensland or Western Australia.

Aimed at helping miners reduce emissions such as DPM and NOx in their operations.