NSW-based Southland colliery has just had its longwall supports, AFC and BSL, overhauled by Joy at the OEMs Mt Thorley and Cardiff operations. Twenty-two roof supports underwent full structural and hydraulic overhauls and 22 underwent partial repairs to hoses and flippers. A full rebuild and rehand of the AFC and BSL was completed and a brand new transfer tensionable tail-frame delivered. Commissioning of the face is nearing completion.

In other company news, White said Joy had just received an order from Glennies Creek for three new 10 SC32 B/C shuttle cars. Two others are currently operating at the Moranbah North mine in Queensland's Bowen Basin. Joy has just delivered a 12CM30 miner to Powercoal operations. The miner will be used at Wyee colliery for three months before being sent to Angus Place.

In Queensland, the first Joy 4LS shearer left Parkhurst service centre this weekend bound for MIM's Oaky Creek mine via a compatability at Mackay. This machine is being provided to Oaky creek on a rental arrangement plus a cost per tonne for ongoing service and maintenance. It is proposed that this machine will be used on the next 3/4 panels until the mine is ready to install a new shearer together with its purchase of a new longwall.

Oaky Creek recently placed an order for a second JNA11 controlled 12cm12 miner similar to the same machine it took delivery of earlier this year.

At Anglo's Moranbah North mine, the new second BSL has arrived in Parkhurst for compatability with the rest of its second set of longwall equipment. All the equipment is due to leave Parkhurst mid November for pre installation in early December.

Kestrel Coal's latest acquisition is a new AFC provided by Joy Mining Machinery. It is at present undergoing compatability trials at Joy's service centre at Parkhurst. This will replace the old 250m Holbach Braun conveyor and will be installed on Kestrel's LW 204 in December 2000. The package includes supply of driveframes, panline, stageloader, crusher and belt boootend. Kestrel's LA Electra 1000 shearer will be converted to suit the Joy Ultatrac 2000 chainless haulage system.

General specification of the machine are:

Auto chain tensioner systems have been provided on both with the introduction to Kestrel of soft start couplings. 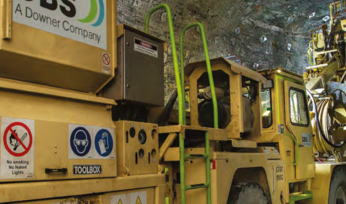 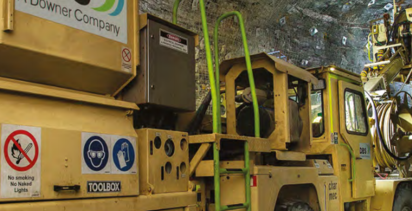