DBT Long-Airdox integration all but complete

WITH the completion later this year of 32 global integration projects, the previous Long-Airdox company will have been successfully integrated into German-based equipment manufacturer DBT.

DBT's purchase of the American-based company in July last year, is described as a "best-fit" combination of two companies by DBT director, Dirk Vorsteher, who is overseeing the integration.

"People in both companies were happy to come together and it was handled more as a merger than an acquisition.

"We found they have a highly motivated strong individuals who really contribute to the global organization of DBT. Nearly the only thing they needed was more commitment to mining which has given the direction and liberty to bring products forward."

The 32 integration projects have ranged from identifying what direction the new company should take with its products, to identifying synergies by regions. In principle all the regional and organisational projects are finalised, Vorsteher said. The focus this year will be on the launch of a new set of improved products, including shearer, continuous miner, continuous haulage, and feeder breaker.

The shearer improvements will incorporate higher power on the cutting and drive, and improvements in the structure of the electric systems and communication between the components, mainly related to the cabling. The principle design will remain the same.

"The knowledge on how to improve the shearer was already in the heads of the Long-Airdox engineers but the former owner of the company didn't have the necessary capital to do the work," Vorsteher said.

Other than the AFC there was no product overlap between DBT and Long-Airdox's offerings. DBT produces a rolled pan while Long-Airdox produced a cast one.

"At present we're offering both systems but the next step will be to merge those into one picking the best features of each," according to Vorsteher.

Also in the pipeline at present is the development of DBT's next generation PM4 control system which will then be introduced as standardised control on roof supports, gears, shearers, continuous miners and various other products.

Is it logical to focus on your engineering technologies and workflows to address budget overages? 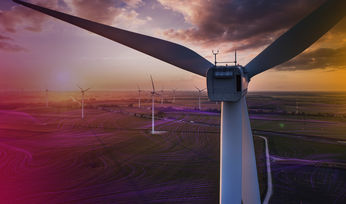 Getting greater mine productivity with 3D user interface