BACK in the 1980s it appeared Wickham was as lawless as any town of the Old West. 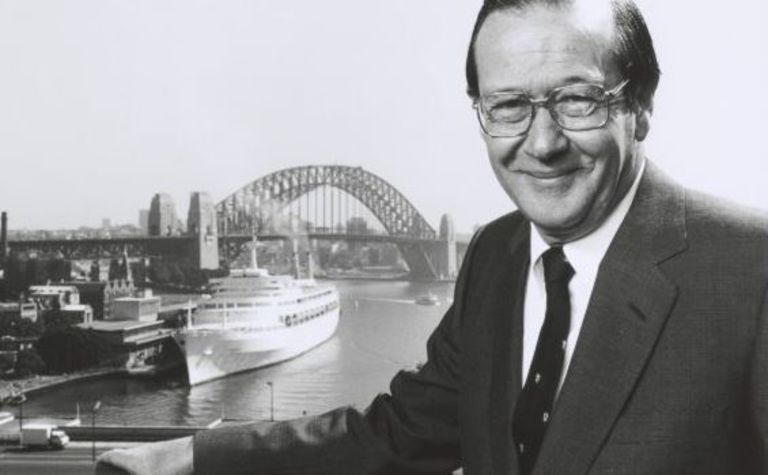 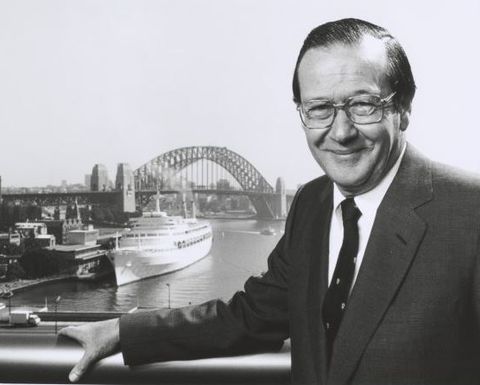 Not that there were gun fights on Wickham Drive at High Noon every day or anything like that. However, when it came to industrial disputation the workers at the nearby Robe River processing plant and at its associated Pannawonica mine were doing what they could to earn the Wild West tag.

Many people think the stories of people going on strike because the same flavour of icecream was served two days in a row or because the marine humpy got one carton of milk instead of two in its smoko supplies were made up to demonise the unions. They were not.

Indeed, the fact workers went on strike over the quality of the catering was a little bit of a joke given how good they had it. The food was so good and so plentiful, a piggery was set up in Wickham to deal with the food scraps.

How did it get to this stage?

The mine had been run for years by Cleveland Cliffs and that could well have led to the problem. How could the people in head office in Ohio, US, have any feeling for what was happening in Wickham or Pannawonica.

Peko Wallsend picked up control of the Wickham and Pannawonica operations as well as the industrial strife that went with them.

Charles Copeman strode into this mess on July 31 1986.

He had already succeeded in turning around Peko’s King Island Scheelite operation.

When Peko bought into Robe three years earlier it was the world’s fourth largest iron ore operation but was not profitable.

There was a perception the operation was heavily overstaffed and was known within the mining industry for kowtowing to union demands.

Copeman said that was because management would cave in to whatever the latest union demand was just to keep the peace.

“Many, many concessions had been made and were being made on a daily basis, including the employer enforcing compulsory union membership with payroll deductions for union membership fees,” he said.

“Management was clearly involved in a process of capitulation at any cost to minimise the lost-time records of industrial disputes by allowing the employees to take over the running of the operation.”

The word was put out that there were to be no further retrenchments initially but that every position would be reassessed.

Copeman also gave notice that 284 restrictive work practices that had been added to the site awards were to be cancelled and that employees should work with the laws in relation to safety and good practice.

Shop stewards were required to work regular jobs and would only be given time to attend to union matters when their supervisors deemed it appropriate. These union officials were not performing any productive work at that stage and were given onsite offices with furniture, telephones and stationery as well as vehicle allowances.

After a week it was decided 189 of Robe’s 1180 award workers could be induced to leave voluntarily. They would be entitled to redundancy payments ranging from six to 12 month’s pay.

Once word of that redundancy offer got out, acceptances poured in.

The unions reacted by threatening that anyone accepting such an offer would never work in the industry again.

The Western Australian Industrial Relations Commission stepped in with what Copeman called an ambiguous order that Robe maintain the “status quo”.

The commission followed that on August 11, directing that the status quo existing prior to July 31 be restored by 11pm that night when night shift would start.

Copeman decided that this order would be too difficult to comply with, given the massive changes the operation had undergone. He decided the only option was to dismiss the 1180 workers and lodge an appeal against the order.

This sent shockwaves around Australia.

However, perceptions were also starting to change. Australians were starting accept that productivity improvements had to be made.

This was at a time when the then Labor government of Bob Hawke was starting to make some massive changes to industrial relations laws.

Not that the Hawke government was overly enamoured with what was happening in WA’s northwest.

Ironically, Copeman was also an Oxford graduate and attended the university at the same time as Hawke.

Robe’s operations were to remain silent until September 2 when staff restarted production.

The award workforce came back the following day but their numbers had dropped by 145.

Over the next two months another 375 would follow and few were replaced.

Those 284 restrictive work practices had fallen away with little comment from the WAIRC.

The commission held a series of hearings in Karratha and Perth to determine the issue of those restrictive work practices and handed down a 204-page document on October 30.

Copeman said the commission effectively conceded all that management had sought to do on July 31.

It also decreed there were to be no more strikes that year.

During November and early December Robe operated effectively with high productivity with a workforce of 1250, including staff members. That was 430 fewer than it had on July 31.

More trouble was to come though.

“As the Christmas holiday approached the commission needlessly deferred a decision on a vital manning issue concerning shovel drivers until well into the New Year,” Copeman said.

Due to annual leave, absenteeism and sickness there were too few shovel drivers available.

Negotiations with shovel drivers and their union broke down and they walked out in protest at work being done by staff.

This was in contravention of the WAIRC’s no strikes until the New Year decree.

The Australian Maritime Union weighed in for the first time. Even though staff and strike breakers continued to operate facilities, the ships at Cape Lambert could not be loaded.

However, management made some excellent discoveries.

“During this strike, although the ships weren’t loaded, staff and award strike breakers carried out all other operations so successfully, 250 people employed on production showed themselves capable of achieving nearly three-quarters as much as 850 people normally employed on such work,” Copeman said.

“That is twice as much per person, even without the restrictive work practices.”

Eventually things calmed down on the IR front. Productivity at Robe doubled and then trebled.

That was vital, given the low iron ore price at the time – about $US11 per tonne as opposed to the $US66 a tonne today.

Sadly Copeman did not get to enjoy the fruits of that improved productivity.

North Limited took over Peko and Copeman became a casualty.

He was never to get another executive role again. His efforts to change the industrial relations lawlessness of the Pilbara left him a marked man.

Government urged to continue with IR law changes such as life of project agreements. 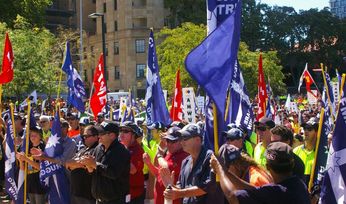 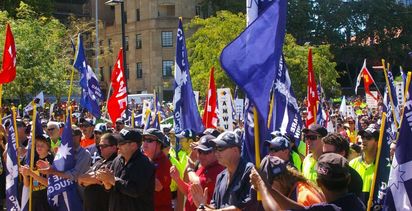