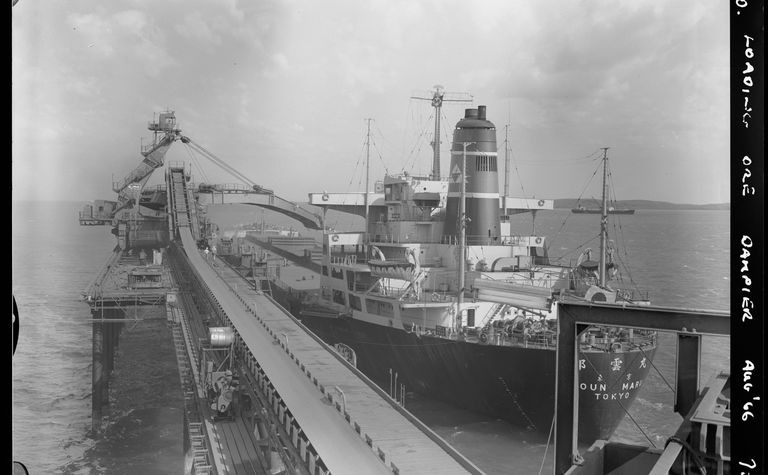 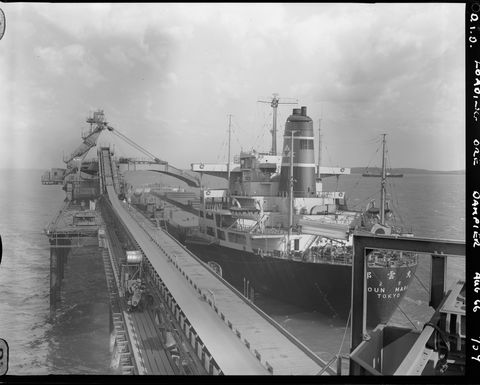 The Houn Maru being loaded at Dampier in August 1966.

That shipment set in train events that, 50 years on, have led to a 330 million tonne per annum operation boasting robot trucks, a remote operating centre and drills that can work by themselves.

Ahead of that first iron ore shipment milestone thousands of Australian contractors and suppliers laid almost 300km of railway, moved 12 million cubic metres of earth and rock and installed 300,000t of plant and equipment.

The company also built the towns of Dampier and Tom Price and dredged a port to accept the largest ore carries of the day. That those ore carriers could now be carried by today’s ore carriers is of no matter.

“The Pilbara’s vast iron ore deposits, and the people who developed them, have helped build modern Australia and some of the world’s leading economies,” he said.

“Over the past 50 years Rio Tinto has invested more than $37 billion to grow our Pilbara operations. We now employ 12,000 people who operate our network of mines, rail and ports and sell our iron ore to customers all around the world.

“The relationships formed with local Pilbara communities, community and government partners, Traditional Owners, and business partners and customers have been vital to our success.”

For the first time Command system moved more than 1Bt in one year. 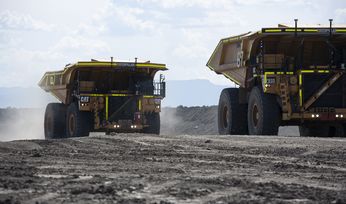