A SIMULATION and genetic algorithm that could improve an ore crushing circuit’s throughput by 3% has won first prize at Unearthed Solution’s Unearthed Perth 2018. 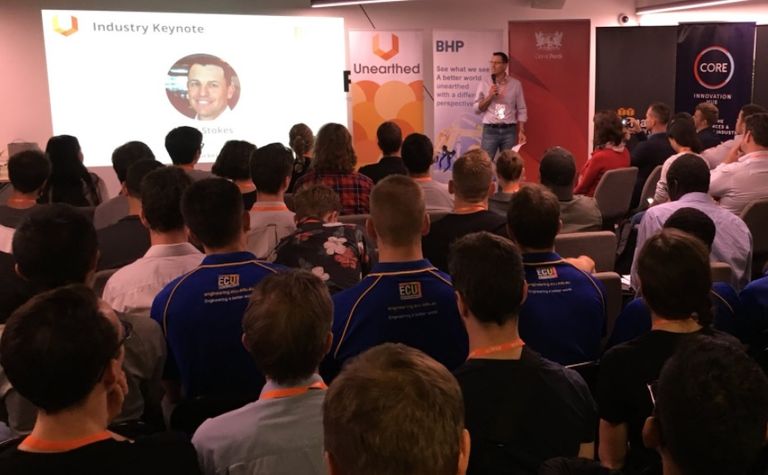 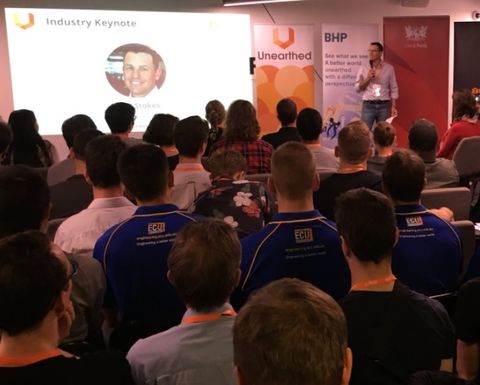 Karl Stokes speaking at the opening of the Unearthed Hackathon.

This hackathon, the fifth anniversary of the inaugural industry hackathon in 2014, was focused on solving problems for BHP's Nickel West.

At the beginning of the 54-hour hackathon, which was held at Core Innovation Hub on St Georges Terrace, Perth on April 13-15, Nickel West head of integrated operations Karl Stokes said Nickel West wanted to energise the future through innovation and technology.

"Working with Unearthed is a great opportunity to connect with some of the best minds in the technology and data space," he said.

"Nickel West is in an exciting period as we are set to become a globally significant battery material supplier very soon."

Mt Keith was originally designed as a 6 million tonne per annum concentrator in 1994. Subsequent expansions took it to a nominal 10.5Mtpa throughput.

It has two parallel grinding modules consisting of a semi-autogenous grinding mill and ball mill per module.

A third ball mill takes a split of feed from each module to help maintain a target product size.

Both modules are fed from the same primary crushing circuit through a coarse ore stockpile that provides surge capacity.

The grinding circuit is designed to turn out a product size suitable for downstream froth flotation.

A large variation of ores is being fed through the mill and ore types are harder than normal, leading to lower throughput under normal grinding conditions.
These harder ores can sometimes be inferred through mineralogical data but not always.

It is forecast these harder ores will become a greater proportion of Mt Keith's feed over coming years.

The main problem with the harder ore types is they hold up the SAG mills, restricting throughput.

The SAG mill feed is controlled by mill weight, measured by four load cells on the mill bearing system.

If ore does not grind quickly enough in the SAG mills the mill weight increases and the control system reduces feed to the mill to maintain the desired mill weight.

While the two Mt Keith SAG mills are identical in design, their operation is not, due to segregation of the coarse and fine material in the stockpile providing the feed to the grinding circuit.

Therefore the two circuits operate under different conditions and this has always made maximising throughput and optimising the grind size harder.

Other variables that can have an impact on mill throughput include:

The Steel Ballers, made up of Rohan Mehra, Adam Tynas, Jade Forlani-Brennan, Stephen Mott and Naomi Naveh, used machine learning regressions to create a digital model of the SAG mill.

That was used with a genetic algorithm to adjust operator tuneable parameters to increase grinding circuity throughput by 3%.

The team focused on SAG2 because it had additional sensors - vibration sensors at the input, output and drum - which proved to be statistically significant for predicting SAG mill throughput.

Once a digital twin model was "trained" using historical plant data and validated for accuracy on an "unseen" month of plant data, genetic algorithms were used to see what would happen if operators had chosen to do the most optimal thing given the controllable parameters they had.

That led to the 3% throughput increase, which at present nickel prices, would equate to a $30 million increase in production.

Eclipse won second place for its Holistic Process Solution in answer to the Kwinana Nickel Refinery challenge that involved regulating the leach recovery.

The Eclipse solution supports operator decisions and process stability through process response predictions. It is powered by machine learning.

It developed Radiclean, which uses flux to ionise and create turbulence by implementing a control system logic based on the data provided.

Sense-u-all won the people's choice award for its solutions to automatically detect and localise where air ingress was occurring at the Kalgoorlie Nickel Smelter offgas train.

Team ECU receives three months of co-working at Core, as well as industry connections and support to grow its business.

Kalgoorlie smelter back in business 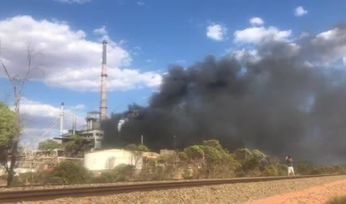 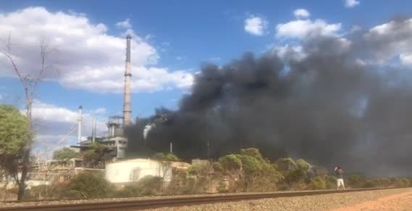