AN ORE sorting approach has helped a lithium miner cut basalt contamination in its spodumene to less than 4%. 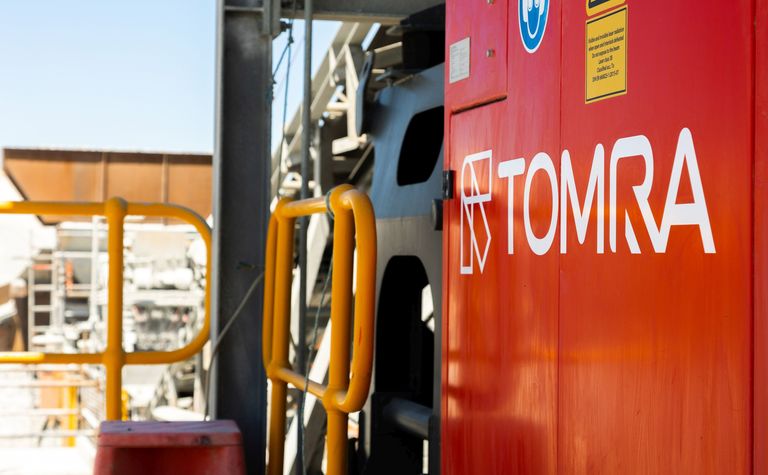 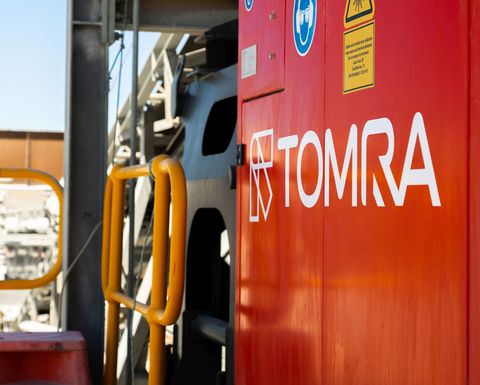 One of the Tomra Pro Secondary Laser sorters installed at Mt Cattlin.

Basalt contamination is a problem many lithium miners face and it has been an issue for Galaxy Resources' Mt Cattlin mine too.

Due to basalt having a similar density to spodumene the high-iron barren material is not separated out by the DMS circuit.

Mt Cattlin general manager Keith Muller said the key for the operation was to mine as cleanly as possible, however, there was always going to be contamination, mainly associated with contact or when there were basalt intrusions into the pegmatite.

"In these cases there's still lithium present in what we're mining but it's heavily contaminated with basalt," he said.

"We segregate that from our clean ore sources and stockpile it to be processed at a later stage."

Galaxy has been stockpiling the contaminated material since it restarted Mt Cattlin in 2016 and looked for a solution to treat it prior to processing to achieve a viable recovery level.

In 2019 it installed optical sorters at the front end of the plant to upgrade the low-grade ore.

However, it could not achieve the desired results so Galaxy decided to explore other possible solutions with Tomra Mining.

Test work at the Tomra Test Centre determined the Tomra Pro Secondary Laser Sorter would be a solution.

The Tomra Pro sorter has been operating since September 29 sorting the contaminated low-grade ore.

"The sorter product is then recirculated into the crushing circuit, crushed down to a -14mm particle size and fed into the wet plant and DMS."

Mt Cattlin process enhancement coordinator Scott Green said the target was to have 4% basalt in the product when it came out of the Tomra sorter.

"It has been consistently below this mark," Green said.

Muller said the sorter had operated continuously and there had not been any performance degradation.

"It has worked well from the start and six months in it's still performing as well as it did with the initial acceptance testing," he said.

"We have pushed the boundaries of the industry standard in particle size and feed rate and we haven't found the limit of the machine yet."

Galaxy Resources principal metallurgist Matthew Batemen said Mt Cattlin had 1.2 million tonnes of contaminated material to treat and it would be treated in the better part of nine to 12 months.

"With the Tomra sorter we are using far more contaminated ore than we would previously have processed," he said.

"In terms of commissioning I was very surprised at how quickly and easily it went, especially with the constraints on travelling," Muller said.

"When we commissioned the Tomra unit we still had border closures so everything was done remotely and it went very smoothly without any issues."

Tomra provided training to the Mt Cattlin operators and maintenance teams, which no doubt helped with the commissioning.

"It can't be said enough how valuable it was to have the Tomra team available whenever we needed it, especially when we were remotely commissioning a machine we had never dealt with before," Green said.

"Being shown the key points they have to look at and what to keep an eye on before they have even started the machine gave the operators the confidence that they knew the machine before they even turned it on.

"Operators like the simplicity of the HMI [human-machine interface] of the control panel, how simple it is to use.

The sorter has also been fairly easy to maintain.

"When we're on the small size fraction we get a lot of mica, so it needs a clean every one to four hours, depending on how muddy it is.

"On the 75mm fraction we can go six to seven hours without stopping to clean. And it only takes about 20 minutes so it's back up and running very quickly.

"In terms of routine maintenance we use the opportunity provided by the schedules weekly shut down for maintenance of the infrastructure to give it a thorough clean and check-up. That's all it needs." 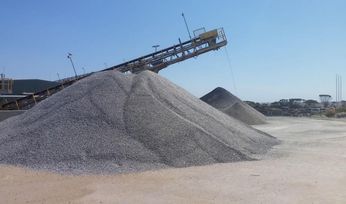 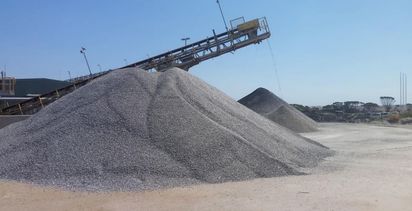 Out of the galaxy