A joint venture between a well-resourced Scottish consortium and a bespoke drilling contractor with an impeccable safety record is now open for business. 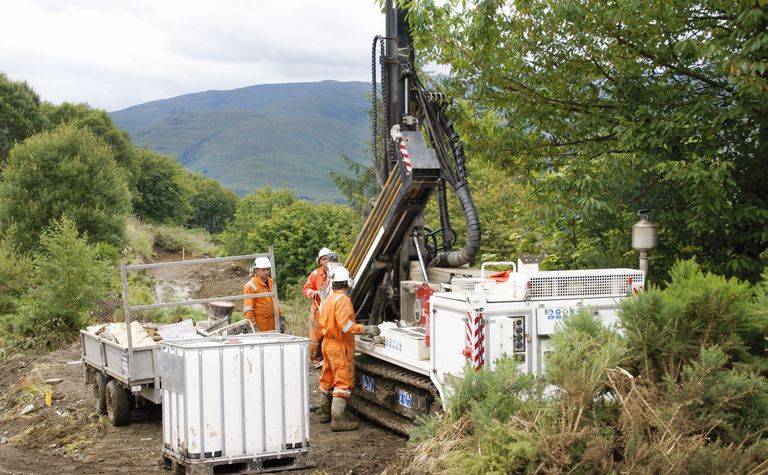 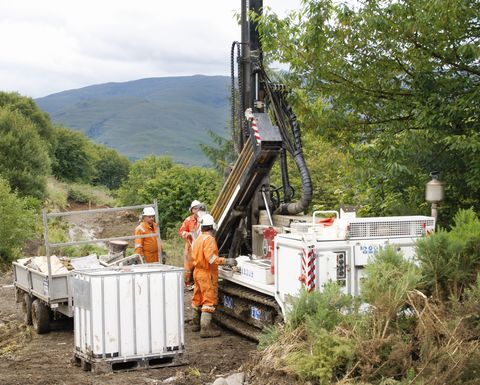 Mulraney Group subsidiary GeoSonic Drilling is bringing its sonic exploration expertise to the 50:50 joint venture with

A DIVERSE mix of tenders was already flowing through the doors when RESOURCESTOCKS spoke with Indodrill EMEA regional manager David Dennis just weeks after the company's official opening.

Indodrill EMEA Ltd - which contracts its specialist drilling services across the Europe, Middle East and Africa (EMEA) region - is a 50:50 joint venture between two private companies, the Indodrill Group and the Mulraney Group.

"We're ready to bring something slightly different to the exploration market in the EMEA region," Dennis told RESOURCESTOCKS from Indodrill EMEA's head office in Alloa, Scotland.

"We definitely have seen a gap in the market for a new drilling contractor in the region that brings a high level of experience and innovation into the market.

"We're here and we're getting ready to drill with our high-standards approach to contracts."

Indodrill is renowned for its high safety standards and bespoke drilling rigs in South-East Asia and Australia, and the Mulraney Group has an exceptional track record for providing sonic drilling services in Europe through its subsidiary GeoSonic Drilling Ltd.

"We definitely have seen a gap in the market for a new drilling contractor in the region that brings a high level of experience and innovation into the market."

Both Indodrill and Mulraney have strong regard for safety and operating with quality, innovation, integrity, the environment and accountability at the forefront of their operations.

"The key thing for us - and it's why Indodrill and the Mulraney Group marry together very well - is that we have shared values in the way the companies are run and how projects are approached," Dennis said.

"The accountability of all our employees is also very important to us, so those kind of values are what we are going to put into the EMEA drilling business which will result in a first-class drilling contracting service."

The new Indodrill EMEA head office is based in Alloa at one of the Mulraney Group's existing facilities and the joint venture follows on from a continuing strategic alliance between the two companies.

Under the alliance formed in 2013 with GeoSonic, Indodrill is able to offer sonic drilling services to its southeast Asian and Australian customers.

The expansion of Indodrill's services to the EMEA region came about virtually due to a chance encounter when Singapore-based Indodrill co-owner John Horne went home to Scotland for a holiday.

He and fellow director Joe Fisher had bought out Indodrill in 2010 and were working to increase its capacity, while keeping a firm focus on safety, quality and professionalism.

During his Scottish holiday, Horne read about the sonic drilling company in the local paper and walked into the office one day for a chat with Dennis, GeoSonic's managing director.

"He came in one Friday afternoon, we spent a few hours talking and that's where it all began," Dennis said.

"Initially we started providing GeoSonic services to Indodrill clients, giving them an extra string to their bow.

"And from that it led on to both sides realising there was a gap in the European market and the EMEA region for a quality mineral exploration drilling contractor."

Both companies bring a wealth of specialist experience to the new partnership, which will help meet the challenges of operating across the EMEA region with its different physical and legislative environments. 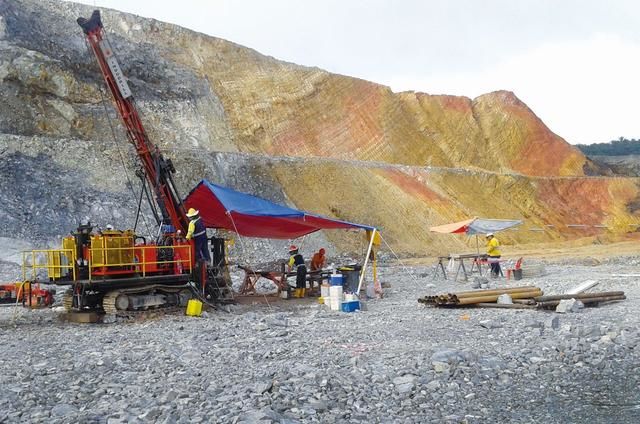 Indodrill is bringing vast experience to its joint venture with the Mulraney Group to enter the Europe, Middle East and Africa region through Indodrill EMEA.

The rig, which the company believes will be the largest capacity heli portable rig on the market, was designed to give clients the ability to do deep hole drilling in remote, traditionally inaccessible areas such as highly forested or mountainous regions.

Safety is a high priority for both Indodrill and the Mulraney Group, which helped dovetail the new joint venture.

The ISO 9001:2008 certification is a comprehensive quality management standard covering all of the main processes within a company and ensures that these processes are conducted under controlled conditions and subject to continuous improvement.

"The good thing is that certainly through the European region, the GeoSonic business has given us the ability to easily work in all of those areas and we know how all of those countries work," Dennis said.

"Then we're bringing in the Indodrill expertise to work in the slightly more remote regions and some of the more challenging environments, in which they have a great deal of experience through their business in Asia.

"The two marrying together works quite well and certainly myself and other people in the EMEA business are all personnel who have worked for major drilling contractors in these regions already."

Dennis' own entry into the drilling industry was somewhat unconventional.

His background was in environmental science and his career began in the aerospace industry.

"I then moved into the drilling environment back in 2005 with Boart Longyear and was instantly hooked, firstly working in the environment-health-safety side of the business while training  into operations management," Dennis said.

"I got my break in the region managing the sonic division in Europe, then when Boart decided to get out of the sonic business, I was able to facilitate a deal for a local company here, the Mulraney Group, to take over the GeoSonic business in 2012."

The formation of Indodrill EMEA marks a new chapter for both companies and it is working to spread the word that it's open for business. The EMEA headquarters were officially opened by the Scottish Transport Minister Keith Brown at a ceremony in August.

The site in Alloa has excellent access to transport by air, land and sea and in addition to having office space for the corporate administration and business development teams, the headquarters also features full fabrication, maintenance and holding yard facilities.

While other offices will be opened across the EMEA region as business expands, the office and facilities in Alloa will remain the headquarters.

"There are a lot of benefits to being in Scotland," Dennis said.

"Scotland is very good at supporting new businesses and it's as good a place as any to be chasing the work.

"There's a good pool of resources as far as drillers and experienced personnel in this region and there's a lot of drilling expertise in Scotland."

Indodrill EMEA has also stamped its mark on the Alloa Athletic Football Ground, which has been renamed the Indodrill Stadium under a 10-year sponsorship deal. And Dennis is looking forward to introducing prospective clients to Indodrill EMEA at Mines and Money London.

"Our first rigs are landing as we speak," Dennis said at the time of going to press.

"We'll be fully geared up and ready to roll in a month.

"We're well aware that the market's in the wrong place right now but that's where we saw the best opportunity to start a new company."

There is already keen interest in what Indodrill EMEA has to offer.

"We've had a strong flow of tenders through the door from the north of Scotland through France and Portugal to the Democratic Republic of Congo in Africa," Dennis said.

Dennis said he was seeing indications of increased exploration activity going into 2015 and Indodrill EMEA was well placed to use its expertise to meet this demand.

"We're now ready to bring our high-standard approach to the exploration market in the EMEA region," he said.

Had its Pacific aluminium products certified as "responsibly produced". 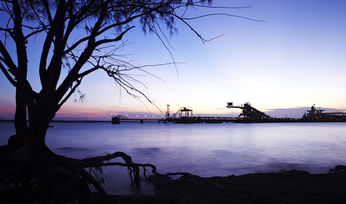 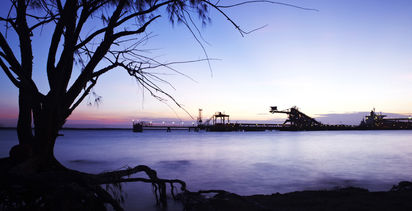