A bid for a new mineral exploration-focused CRC is primed to be lodged in the 2017 round of the Federal Government’s CRC Program applications. 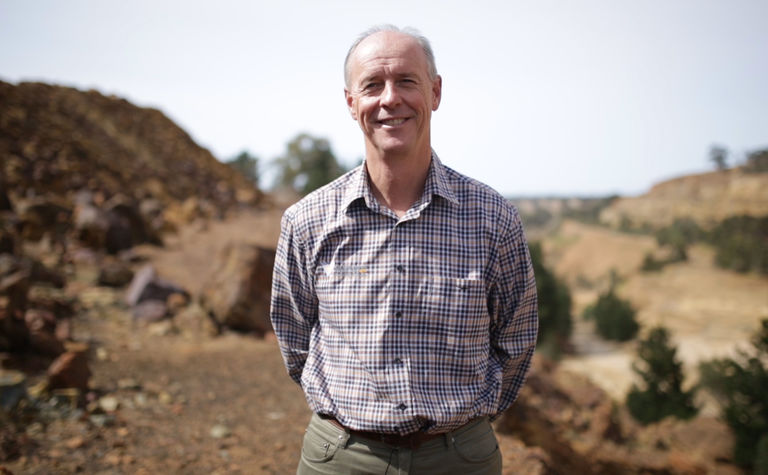 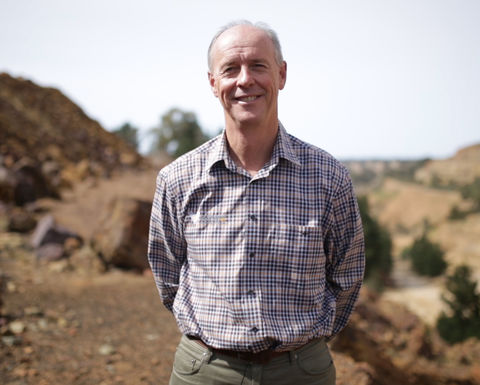 MinEx CRC: 3D Drilling for Discovery and Definition of Mineral Deposits is tipped to break new ground in mineral deposit discovery and definition with cheap, safe and environmentally-friendly coiled tubing drilling that can build a 3D picture of the subsurface.

The Deep Exploration Technologies Cooperative Research Centre is one of the government's CRC program success stories, having licensed a number of technologies that can improve conventional drilling and having also developed a revolutionary new coiled tubing drill rig.

DET CRC is hoping its technological prowess will serve as a solid foundation for the proposed MinEx CRC, which will further develop DET CRC-designed equipment but in new research programs, with new participants, a new participants' agreement and new board and management.

The CRC program is administered by a division of the Department of Industry, Innovation and Science (AusIndustry) and aims to support industry-led research that potentially offers economic, environmental and social benefits to the nation.

With most of Australia's existing mines sitting in outcropping or shallow basement rock there is a growing need for cheaper and safer new technologies that can reach greater depths under cover in the deep, covered basement.

Also, with around 80% of Australian mineral production coming from mines over 30 years old, new exploration workflows through the cover are needed to turn the tide in the global flow of investment in mineral exploration.

MinEx is also keen for in-kind contributions over and above the matching cash.

Coordinator for the MinEx CRC bid Professor Richard Hillis - who recently called on the Federal Government to prioritise the mineral and energy sectors in future Cooperative Research Centre program funding rounds, said the MinEx CRC proposal was a response to the drop in exploration and discovery of mineral deposits that has put the future pipeline of mining projects in Australia at risk.

"It is impossible to reconcile the significance of our sector with its under-representation in the CRC, especially at a time when Australia's declining rate of discovery of mineral deposits is putting at risk our future as a mining country and the associated employment, wealth creation and tax and royalty payments."

If the MinEx bid pays off they will likely inherit the royalty stream from the licencing of DET CRC IP, which is estimated to hit $1 million per annum after a few years and has been earmarked for head office costs, thereby saving participant contributions for research.

As part of the National Drilling Initiative, and in collaboration with the geological surveys, MinEx CRC will undertake coiled tubing drilling at a density which will permit the recognition of mineral systems.

The drilling programs will map prospective basement through deep or barren cover at a scale not previously economically possible, in order to develop a pre-competitive prospectus to guide future mineral exploration.

MinEx CRC is also promoting a prospecting drilling approach, where extensive and continuous drilling programs can operate without having to mobilise and demobilise between holes, to map mineral systems beneath cover and progressively vector down to deposits.

In the second program -Drilling for Definition of Mineral Deposits- MinEx CRC will develop steering capacity for the CT Rig to produce deviated and horizontal holes responding to real-time geological data from downhole sensing.

This will allow drilling of multiple lateral holes at depth from a single mother bore and extensive drill-out from a single pad, for environmentally sensitive areas like lakes and wetlands.

The prospecting drilling approach can be carried out as a component of the program, or separate in partnership with industry.

In the second program -Drilling for Definition of Mineral Deposits- MinEx CRC will develop steering capacity for the CT Rig to produce deviated and horizontal holes using geometric planning, to respond to real-time geological data from downhole sensing.

This will allow drilling of multiple lateral holes at depth from a single mother bore and extensive drill-out from a single pad, for environmentally sensitive areas like lakes and wetlands.

MinEx intends also to increase the depth and real-time positioning capacities of CT drilling and push further development of downhole sensing, and also take a look at a new exploration workflows and data suites for JORC/43-101 compliance.

Professor Hillis said a steerable rig with real-time sensing capabilities could turn exploration the industry on its head, with drill and blast, drill-the-reef and in-situ mining and leaching all amenable to cheap, steerable coiled tubing drilling.

The CT Rig uses a continuous coiled tubing drill string that can be wound with a reel, which will set a new best practice in safety by reducing manual rod handling, and its fully contained fluid circulation means sumps are not needed, which is good for the environment.

Professor Hillis said the CT Rig was much smaller and lighter than conventional drill rigs, with a bottom of the hole motor used to reduce consumable costs and environmental impact.

"The CT Rig entered the mining landscape at an opportune time," he said.

"Now, more than ever we need to find cost-effective methods of mineral exploration."

"A CT rig has the ability to continuously maintain in-hole pressures with a promise of improved hole stability plus capabilities to continuously retract the drill string at speeds of around 30 metres per minute."

Options for downhole motors for coiled tubing drilling will be explored, as well as new technologies to further automate drilling services.

Professor Hillis has six months to round up participants for MinEx CRC and develop a competitive bid to the CRC Program and said he expects to use a bit of shoe leather and knock on a few doors over the next six months.

Drilling in East Tennant region and near Mount Isa. 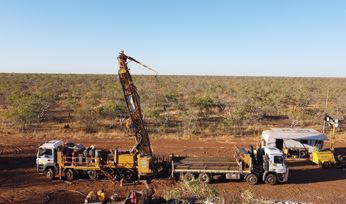 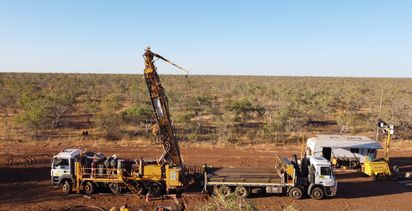 Adelaide centre to gaze into abyss