Australia’s mining industry is leading the world in tapping safety and productivity benefits of automated mobile fleet and it seems only a matter of time before the country’s miners turn rising awareness of underground-mine electrification opportunities into higher adoption rates. That is certainly the hope of Epiroc’s Brett Kenley.

The World Gold Council says one of the world's major gold producers expects to save about US$7 million a year on diesel fuel and cut up to 70% of its greenhouse gas emissions compared with a "baseline (diesel equipment) mine" with its use of battery and electric vehicles at a new operation.

The "gold mine of the future" has significantly less heat being generated by mining equipment underground and hence needs a staggering 50% less ventilation versus the industry baseline.

Standby for confirmation of equally significant health and safety benefits from the operator.

The CEO of another North American gold miner said last month: "Electrification of the mine fleet is a real opportunity as it lowers the carbon footprint due to [the mine's] hydro power supply and means we can have smaller openings and can go deeper within the cost structure. We will also look at energy storage options as it is cheaper to draw off-peak power. We are initiating a study to look at storing power at night to use during the day."

Just two examples of a rising tide of interest and investment in electric and battery mine vehicles.

"The only safe [emission] limit, we believe, is zero"

It's a bar Epiroc, which has publicly put forward its plan to offer battery-powered versions of its entire mine loading, hauling and drilling range by 2025, intends to jump straight over.

Kenley, URE product manager for Epiroc in Australia, says the road to zero emissions in underground mines is one made for battery-electric vehicles.

Epiroc, which has had a presence in Australia for 70 years, is delivering its first battery loader in the country, a ST14, to the CSA mine at Cobar in New South Wales. The manufacturer launched its first generation battery equipment in 2016 and has already brought gen-2 batteries developed with Swedish partner Northvolt to the market. Battery technology continues to advance at a fast pace.

The Glencore-owned, 1.1 million tonnes per annum modern underground mine has a long history of base and precious metals production, and these days is a significant copper-silver producer. It has a fleet of Epiroc MT6020 (eight) and MT5020 Ejector (three) mine trucks, and two Simba E7C production drills.

Working at depths below 1,700m, CSA is among the country's deepest hard-rock mines with high underground ambient temperatures the norm. Like any mine operating at these depths it faces increasing ventilation and even refrigeration costs.

For Glencore, "electrification is high on the agenda, both at a site level and from a company perspective with different operations in Canada", Kenley says.

"Obviously the diesel machines are generating heat when they're in operation. With battery machines there is a lot less heat generated.

"Extended battery autonomy is achieved through energy regeneration and high energy density battery design. Energy efficiency is key for generating less heat. Energy can only be converted from one form to another."

Other mining companies are assessing available technologies in the context of future development and operating strategies for core assets, but also in light of mounting social and, potentially, regulatory pressures.

"We have seen rising interest, particularly from the mining houses, in battery equipment and where Epiroc is taking it," Kenley says.

"We recognise that the larger trucks will need to be a combination of battery and trolley to assist with long haulage. We see a need for a pantograph-type system, or hybrid system, to help run this bigger equipment.

"The tricky part now is that period of transition, where mines are running diesel equipment and introducing the new battery equipment. So we're still fighting against the heat being emitted.

"Where we see a combination of diesel and BEV operating, ventilation and refrigeration will potentially still be required through the transition, depending on the ratio of diesel to BEV.

"Another challenge in Australia will be the contractors, who are heavily invested in large diesel fleets and associated infrastructure. So for them it's (battery vehicles) perhaps not on their short term radar. I think the mining houses will likely lead the change, and some of that will be a response to broader change and expectations in society.

"Some cities in Europe are saying as early as 2025 there will be no diesel cars operating within city limits. So Europe is a big driver. We're seeing now within Australia mining companies starting to plan mines with a different view of the future of energy supply, and the energy mix, and of demands of the markets they serve, as well as potential regulatory change."

Smoothing the transition in mines is the introduction of Epiroc's battery-as-a-service (BaaS) offering, which gives battery-vehicle users the opportunity to change in-and-out new battery technologies with different capacities, while creating a circular business model for repeated use and re-use of battery materials. 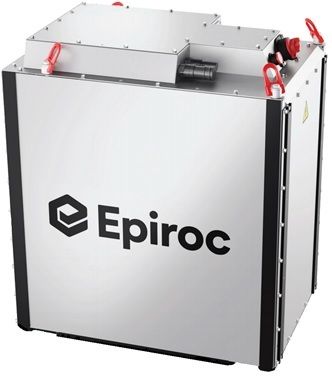 Epiroc has been working with high-calibre partners such as ABB and Northvolt, a Swedish battery maker led by former Tesla manager Peter Carlsson, which has just met its largest order for new generation lithium-ion batteries from Epiroc so far.

"The generation two batteries provide a number of advantages, including longer life, safety and the recyclability of the batteries," Kenley says.

"Fundamentally, though, the BaaS option is seen as a good option by the customer because it enables them to put that cost in the opex column rather than the capex column. They're paying for diesel now, to get it to site, and to get it underground, etc. BaaS provides the same opex scenario.

"Because the battery technology is advancing so rapidly, and especially with the way our batteries are designed, the customer is in a position to change the battery sub-packs out and have the latest technology as it becomes available.

"With the range of alternative end-uses for the batteries - from different-duty applications within the mine fleet, to options such as power grid stabilisation plants, things like that - the batteries are, we're not saying 100% recyclable, but 90-95% reusable.

"And the customer doesn't have to worry about storing it, or disposing of it; we take it back.

"We have various BaaS options as well, depending on the type of rate or benefit the customer wants to be on. If you're getting high use out of them you can ramp it up. Then if you go into a bit of a standby mode you can realign the contract according to usage."

Kenley says general, common questions about battery vehicles versus traditional diesel units were being progressively answered with results from a growing number of fleet installations around the world. Answers continued to vary, too, depending on product applications, and mine conditions.

"We are seeing people now, for a greenfield operation, looking at how they can design the mine to get the best out of the battery machines," he says.

"We can help with, and are working with customers, on those calculations and with advice on strategic placement of charging stations and that sort of thing.

"There are a lot of people still who want to be first to be second - that type of thinking. They want to see it operating at a mine in Australia.

"So there will be a lot of focus on what happens at CSA, and no doubt a lot more interest again when that is up and operating."

A machine that can charge a drilled face underground is coming nearer. 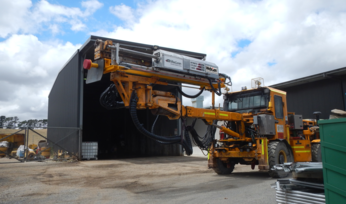 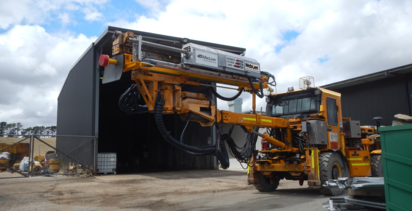