Building on a legacy spanning more than 80 years in Australia, FUCHS Lubricants’ new 25,000 square metre world-class facility at Beresfield in New South Wales underlines the company’s commitment to local manufacturing and ensures it is positioned to respond to changing market demands. 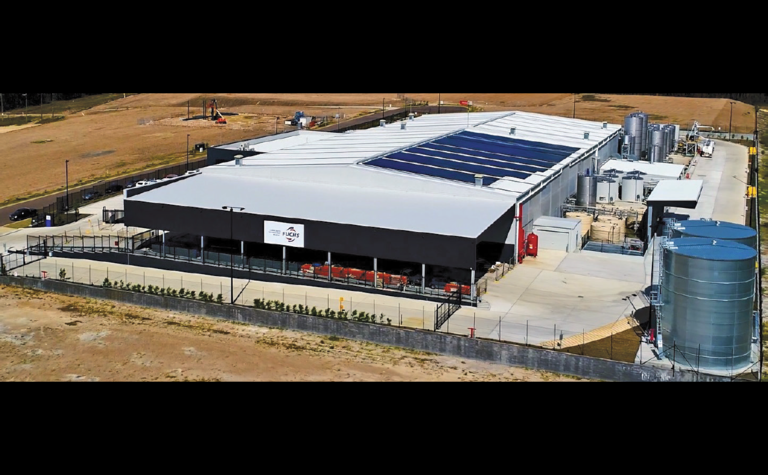 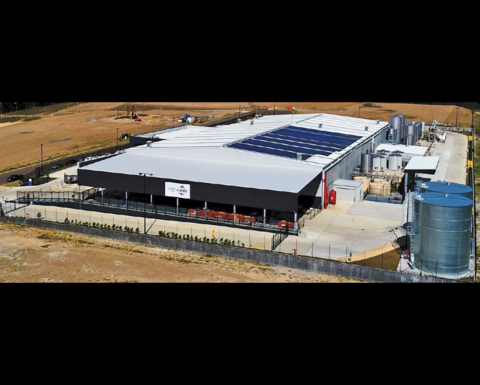 This is critical in fast-paced modern world, but also when working alongside a market that can be as unpredictable as mining.

"This extra capacity provides reassurance to our existing and future customers that Fuchs can be relied upon to fulfil their total lubricant requirements 24/7."

Fryer echoes the statements of company leaders present at the February, 2018, launch of the Newcastle facility when he says the centre - which houses an impressive 300-square-metre laboratory where more than 500 products will be blended and produced - gives FUCHS an important edge in a demanding market.

"Being close to the customer is a key philosophy of the FUCHS organisation and this clearly demonstrates that FUCHS walk the talk in this respect.

"The market is certainly responding positively to local manufacture and the quality of the facility from a technical and manufacturing perspective. The facility also gives us the capacity to supply a larger portion of the market."

FUCHS has operated from a pre-existing site in Wickham, Newcastle, since 1979 and has been a major supplier of oil and lubricant products to customers in the mining, transport and agricultural sectors across Australia.

"We are investing in new plants around the world as part of our commitment to be closer to our customers," FUCHS Group chairman, Stefan Fuchs, said at the opening.

"Australia is an important market for FUCHS and this is why we have invested in the new plant at Beresfield.

"This history of our company has not been lost in the move to the new Beresfield facility, and we've proudly named three of our new meeting rooms in the administration building after our founding companies - Victory Lubricants, Century Oils and Fuchs.

"Many of the Newcastle staff have been with us a long time and started their FUCHS careers with these founding companies.

"It is important our history is celebrated so our employees can be proud of where they've come from and what they have achieved."

According to Fuchs Lubricants (Australasia) CEO, Wayne Hoiles, many of the company's competitors are moving overseas and are operating under an import model.

"That's not our strategy," he says.

"We need to have local infrastructure that can handle the requirements of Australia and New Zealand, so we are investing in infrastructure to provide a better service to our customers."

With the face of Newcastle city rapidly changing and the limited capacity for growth at the old site, Hoiles says it became obvious FUCHS' 9,000 square metre site in Wickham was no longer adequate.

Hence the search for a new home began.

"It took some time to find the location at Beresfield because when you're talking about a 50-year plus investment plan, there was a lot to be considered," Hoiles says. 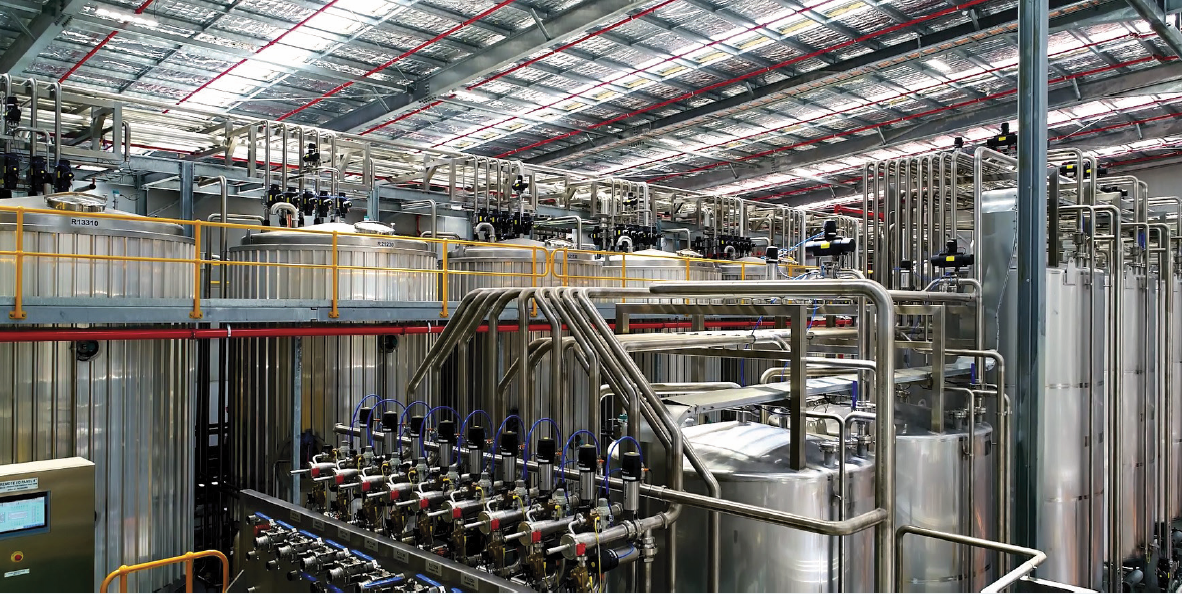 "We were able to buy a piece of land that catered to our specific needs and allowed for major growth in the future."

The Beresfield plant is located at the junction of the Pacific and New England Highways and offers good access to major transport routes through New South Wales.

FUCHS has tripled its capacity to manufacture products in Australia, and while that means the company is perfectly positioned to respond to the immediate needs of its customer, particularly in emergency situations, it also means jobs for Australians.

"We employ around 30 personnel in Newcastle, and as our company grows so will the employment opportunities for local residents, particularly in our warehouse and maintenance areas," Hoiles says.

"Beresfield will continue to house a range of our business functions including lubricant manufacturing, storage of bulk raw material, warehousing of finished product, a laboratory, and our sales and customer service department."

Hoiles also points out that construction of Beresfield even incorporated a large portion of Australian content which provided employment for Australians.

"We chose local builder ATB Morton to carry out the construction, and they employed Australian staff and used many Australian made materials in the building process. In addition to that, the tanks for our new tank farms were manufactured in Shepparton, Victoria and the conveyor systems were built in Echuca, Victoria."

Keeping in line with its core values, FUCHS' new Beresfield plant also features a host of environmental and sustainable features. The plant has been built using high-quality materials and cutting-edge technology.

"We have 155-kilowatt solar panels on the roof and expect that more than 30 per cent of our power requirements will be generated from our own solar panels," Hoiles says.

"The site is fully bunded which means we can contain any spillage, it's fully fire protected with a foam sprinkler system, and we have 1.3 million litres of fire water stored on-site.

"The plant is safer than our previous one because of the purpose-designed traffic flow system, and truck loading and unloading will now be quicker with the installation of bigger pumps.

"There is also more than nine kilometres of stainless steel tubing to move lubricants around the site, and they have been designed to a food-grade standard."

Leading the operation of the new Beresfield facility is long-time employee and deputy managing director of Fuchs Australasia, Stewart Knight.

Knight says it wasn't often there was an opportunity to create a facility from scratch, so the company was meticulous in its planning.

"We spent around seven years planning the design of the new building and conducting significant consultations with our global counterparts; it then took 18 months to complete the construction," he says.

"We looked closely at Fuchs's other purpose-built plants such as Yingkou in China and Kaluga in Russia to create a facility that could truly meet our requirements.

"Our new site at Beresfield will allow us to increase the products and services we offer to our customers in this area as well as continue to distribute our products to other parts of Australia such as Queensland and Western Australia."

To ensure the Beresfield plant has the capacity to grow with the business, it's been built in a two-stage process, and it is upgradable at multiple levels.

"We can increase the capacity of the plant at any point in time, and there is already space available for us to add new tanks or equipment along with an area that can double our warehouse space in the future," Knights says. "We currently run a single shift, but the plant has been built and approved with a 90 million litre capacity based on a three-shift roster, which means we have the ability to triple what we produce today."

FUCHS has been a trusted partner of the global mining industry for more than 85 years. Our comprehensive range of lubricants for every mining application meets even extreme demands.

FUCHS has been a trusted partner of the global mining industry for more than 85 years. Our comprehensive range of lubricants for every mining application meets even extreme demands. 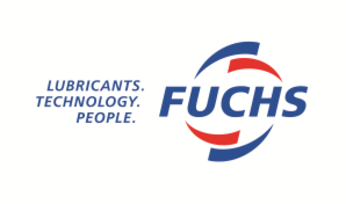 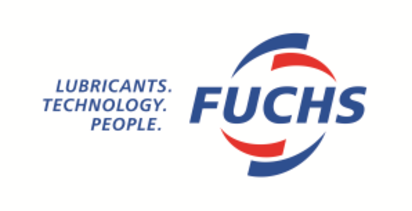