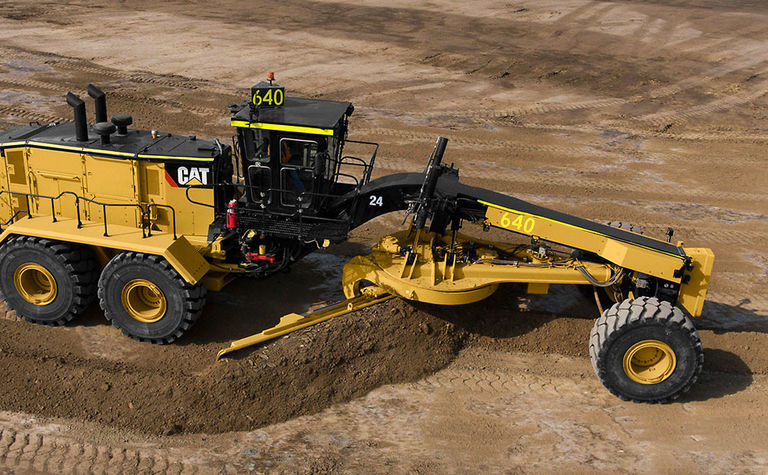 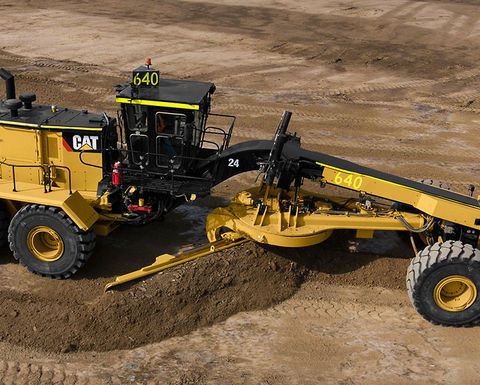 In early 2019, Hastings Deering will deliver the very first Cat® 24 Motor Grader in Australia and the latest Cat 24 to join Comiskey Mining Services' fleet. Well versed in the quality of Caterpillar product combined with the support of Hastings Deering, Comiskey already boast the largest fleet of privately owned Cat 24M models in the nation.

Mid 2017, Caterpillar announced that the new series machines would no longer be defined by a letter designation. Instead, new models will be recognised by machine serial numbers.

General Manager of Mining Hastings Deering, Mr Jason Smith, is proud to see the first arrival. He says, "The new Cat 24 Motor Grader is a more powerful model that only compliments an already existing performer in the 24M. To secure the first in Australia and second in the world is a huge advantage for Comiskey.

Mr Smith adds, "There's always an expectation that new models are improved in all areas and while the predecessor Cat 24M is a reliable, solid machine, this one will not disappoint with an increase of power and weight for heightened productivity and reliability."

Business partner of Comiskey Mining Services, Mr Brendan Camilleri has seen the decline and rise in the Mining Industry since their inception in 2011. With belief in the industry, Comiskey worked to strengthen their working and business relationships, with a vision to become the leading provider of Customer Solutions in Mining Dry Hire Equipment. A part of the success was having quality equipment that improved their client's productivity to ensure minimal downtime.

Mr Camilleri states, "It's an honour to have the first Cat 24 join our fleet. We purchased our first Cat 24M in 2012 and are happy to be adding to the largest privately owned Australian fleet. We stay with the Cat 24's as the whole industry is moving to larger trucks. The smaller machines don't cut the haul roads we need."

"The Cat 24's are easy to lease and we rebuild the machine every 16,000 plus hours. The support from Hastings Deering ensures productivity across the country as their commitment to clients in support, parts, maintenance and service is assured." 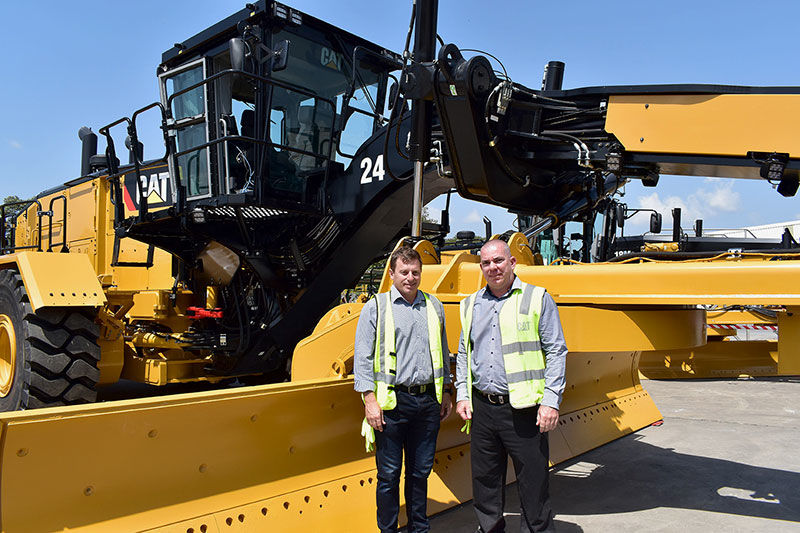 Sales Manager for Hastings Deering, Mr Jason Garea, explains just why the Cat 24 Grader is a hot commodity from a mechanical aspect. "The engine increases from the C18 six cylinder to the powerful Cat® C27 V12 ACERT engine. Coupled with an improved power train, the C27 provides a phenomenal 33 percent additional machine life over 64,000 hours."

"Additionally, the new machine protection feature with centralised service points and extended service intervals save up to 2,400 servicing hours over a heavy workload of 64,000 hours. Innovative main component modular design means parts can be removed and installed quicker and easier. The transmission and cooling package can be removed up to 70 percent faster compared to the previous model, ensuring downtime is minimal."

Mr Garea adds, "Commonalities can be found in the powertrain between graders, wheel loaders and dozers making transition smooth."

"You'll find a bigger strong transmission behind it which goes from a 17 inch planetary to a 21 inch planetary.  Electronics are updated, with the same between the 16, 18 and 24 models so operators will find consistency. The Cat 24 is MineStar® ready to help optimize equipment management and remote monitoring capabilities. Over and above this, you'll also find a new front frame strengthened, with a wider heavy rear frame giving you more ground pressure."

Comiskey's Mr Camilleri says, "The Cat 24M is the mining grader, and we expect no less from the new Cat 24." 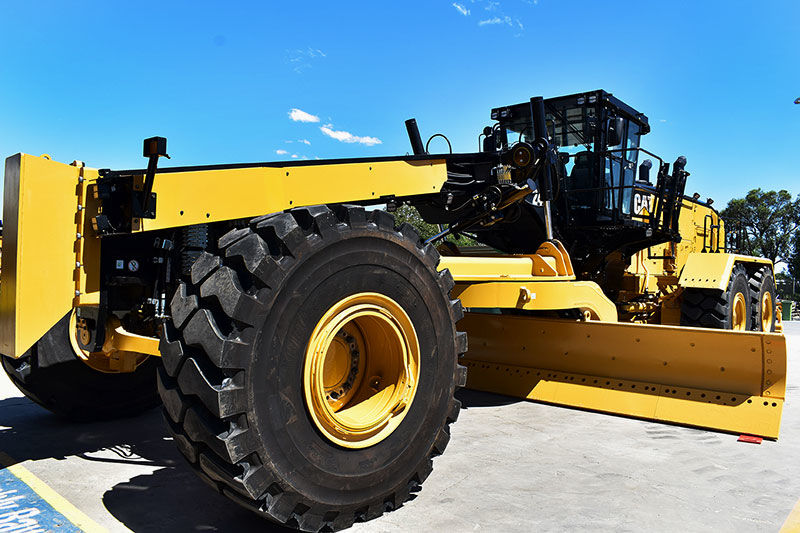 Builds on the M-Series of motor graders. 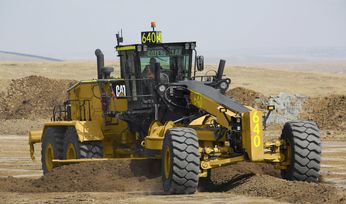 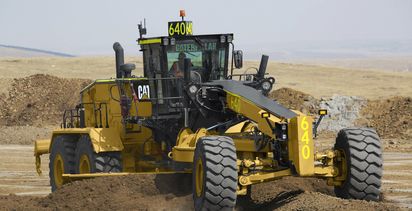