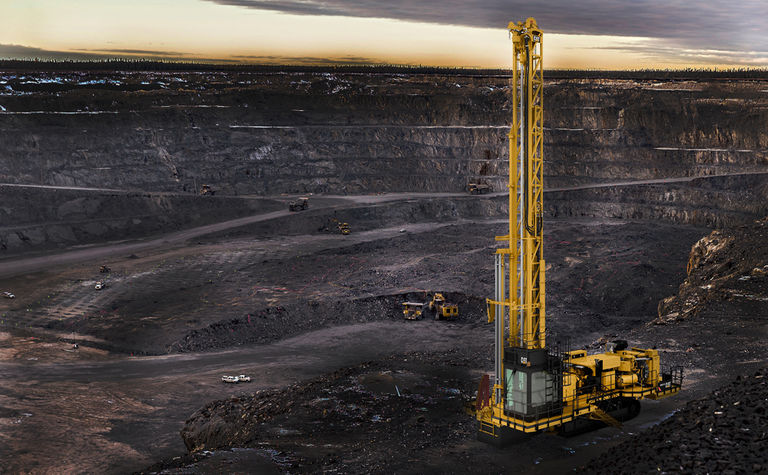 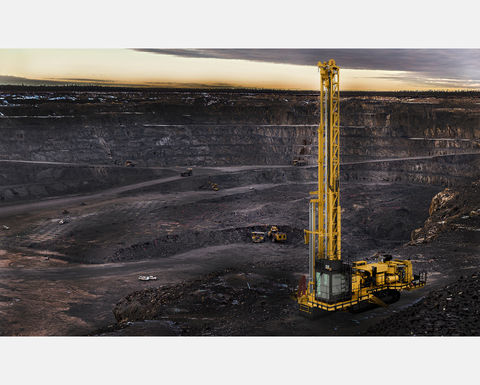 In a first for Queensland, Hastings Deering has delivered the only Cat® MD6250 rotary blasthole drill to the region, to contractor Mining and Civil Australia (MACA).

The delivery to Bluff Coal mine, east of Blackwater is the first drill of its kind to enter the territory for works in the open cut coking coal operation and was done with precise logistical planning.

Commencing its journey in Caterpillar's Denison factory in Texas USA, the MD6250 was transported in components to Brisbane where it launched a massive 615-kilometre journey by road to Rockhampton.

The transportation of the machine was done across three trucks, including two large prime movers to haul the chassis and mast, as well as a smaller truck to transport the smaller accessories and parts.

In Queensland, heavy vehicles and road trains are restricted to 80 kilometers per hour speed due to safety regulations, with the journey from Brisbane to Rockhampton taking two days to complete.

"The MD6250 doesn't have the size of footprint of an off-highway haul truck, for example, but it is still big enough that we required a pilot vehicle and police escort to make the journey safely," Davis explains.

Once the components were delivered, Hastings Deering's team of engineers set aside a week to assemble the drill before delivery to the Bluff mine site to the west of the city.

Thanks to a ten-year contract with Carabella Resources, MACA manages both the drill-and-blast and load-and-haul operations at the Bluff mine, in what was a $700 million deal for the company.

The advanced features on the crawler-mounted Cat MD6250 drill are set to maximize fuel efficiency and improve drilling for the contractor. 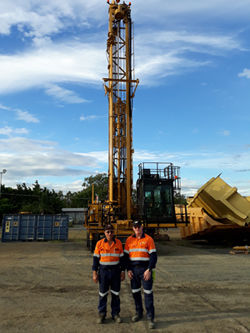 The Bluff mine is an interesting site where the Drill will offer far more than just the expected productivity benefits.

"It's an interesting site as there are restrictions around noise. MACA had experience with the MD6250's predecessor model and believed they could get the same value and production out of the new model." Said Adam Davis, Product Manager for drills and large motor graders at Hastings Deering.

"The MD6250 has proportional hydraulics, which means the machine makes less noise during operation and the fan circuit only operates when it needs to. The machine only creates horsepower when needed, which cuts down on heat, noise and energy." Said Mr Davis.

Davis says the mine's purchase of the MD6250 drill is in line with an industry trend towards using high-tech, mid-size drills suited to drilling holes smaller than the 270-millimetre sizes.

"In places like the Hunter Valley in New South Wales, it's the norm to go for mid-size machines with this kind of technology, and it's possible that this could also happen in Queensland in the future," says Davis.

"Once the larger coal seams begin to shrink in size and the work moves to higher-grade coal seams, smaller machines are used as they are better suited to such applications."

The success of this delivery and the coordination of the logistics is not by accident. Hastings Deering's considerable experience with heavy machinery delivery and assembly is backed by a skilled and trustworthy team.

The assembly of the MD6250 drill on site was coordinated by Leading Hand for equipment assembly, Joe Mastroieni, who has recently celebrated 43 years with the company.

Mastroieni, who has held various positions over the years and had a hand in building over 100 units for Hastings Deering, suggests the industry is always presenting new challenges.

"The technology is always changing; the way the future is going, everything is getting more electronic," Mastroieni says. You never stop learning, there's always something new, and always ways to improve. I must like something here since I've been here so long." 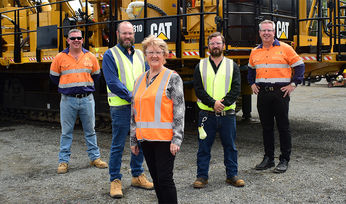 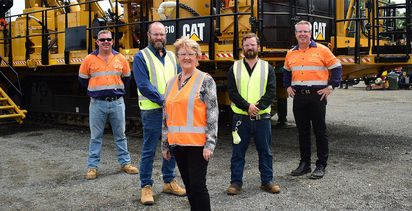 Getting the most out of Cat® Genuine Undercarriage