The Internet of Things, Machine Learning, Data Visualisation, Cloud and Edge Computing are all technologies which are transforming the industrial environment. The ability to acquire, store and analyse data (from multiple sensors) in real-time means that processes can be controlled to operate within optimal production parameters. Though we have been talking about the digital revolution in mining for over a decade, there are significant barriers to overcome to make it a reality.

By its very nature, underground mining can be a hazardous activity. When a problem is encountered, in general, we look to what we know - and for mining personnel - it is not robotics. Instead we make compromises. As an example, when excessive convergence of underground excavations is encountered, we restrict access to personnel. But, because we need to measure the rate of convergence, we allow a geotechnical technician or engineer to enter and take measurements.

A simple robotic solution would be to send a scanning robot through the drives to conduct routine surveys. Separating people from the hazard.

look back at how me mined a couple of decades ago, we ask; "How did expose our people to those hazards?". As the mining industry opens up to mainstream technology, the adoption of autonomous and tele-remote robotic solutions will increasingly augment traditional mining operations to achieve higher levels of safety and productivity today and into the future. Exposing people to high-risk hazards is avoidable - robotics and automation is unavoidable.

ADR are at the forefront of developing robotics solutions for underground mining.

"The use of robots separates personnel from hazards; Telepresence should be considered the most powerful control in the hierarchy of Controls". Dr Joe Cronin

As more and more underground mines implement high-bandwidth wireless networks, it is now possible to conduct routine inspections and survey from the surface control room.

Why do we send re-entry crews into the mine after blasting? There is no reason why robots could not be sent in immediately after the blast to inspect the result and to monitor gas levels. Even if this saved 15 minutes per shift, the robot would pay for itself in a few days. 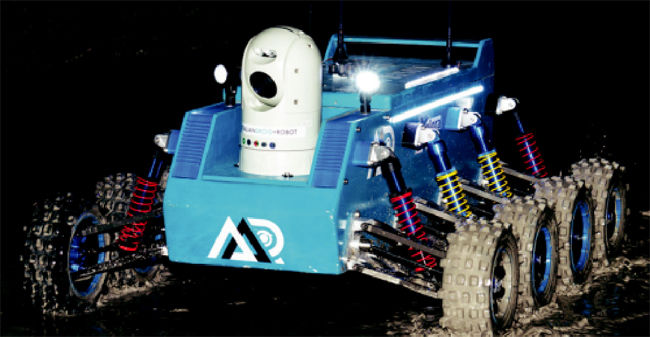 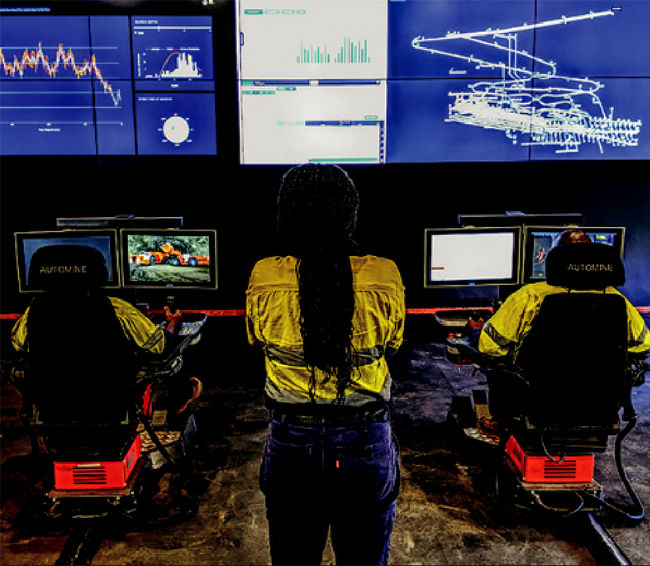 Operations personnel in the surface control room. ADR personnel delivered the Syama project as part of the Resolute team.

Similarly, after a seismic event, the mine can be shut down while re-entry plans are risk assessed and approved. Robots can be sent into affected areas immediately to provide instant data on the extend of ground failure. Such information could accelerate re-entry by hours if not days and minimise the associated production loss.

THERE ARE A NUMBER OF KEY AREAS WHERE ROBOTIC SOLUTIONS ADD VALUE TO MINING OPERATIONS, THESE INCLUDE:

The next wave of robotics development will see the implementation of machine learning and image analysis on robotic platforms. Robots will routinely patrol underground workings conducting drawpoint monitoring - photography and automated fragmentation analysis. By comparing regular scans, systems will automatically identify anomalies such as ground movement, cracking and changes in ground support.

Australian Droid + Robot develops custom industrial robotics and automation solutions and can help you on your journey to higher safety and productivity. 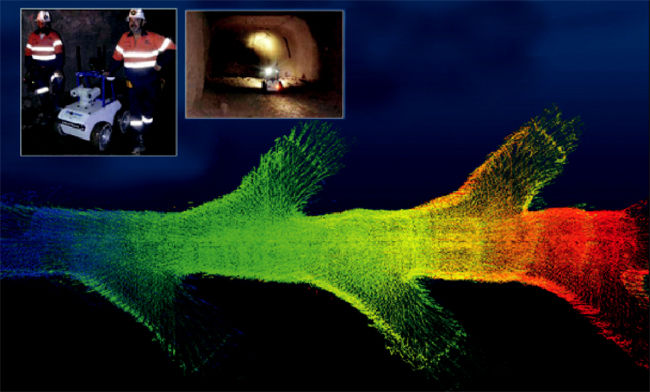 Example of 3D scanning of underground excavations completed by the ADR team.

Specializing in the mining and defence industries, our extensive work in underground mobile fleet automation has demonstrated the overwhelming safety benefits delivered by removing people from hazardous environments.

Specializing in the mining and defence industries, our extensive work in underground mobile fleet automation has demonstrated the overwhelming safety benefits delivered by removing people from hazardous environments.

Robotic centre to support efforts for a cohesive approach to robotics research and development. 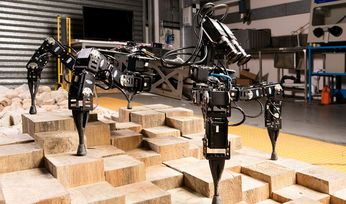 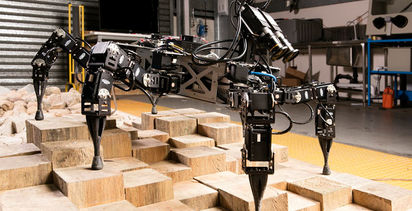 Assembly and installation of a 9km overland conveyor system