From the company's headquarters in the suburb of Maraylya in Sydney's north-west the 22-year-old business has grown from a two-man operation servicing old locomotives and man cars to a primary manufacturer with two offshoots, and expanded into India, Indonesia, Mongolia and Newcastle.

The home-grown engineer is spearheading the push to keep Australian manufacturing at the forefront of underground mining across Australia and globally and offers unique machinery for development and installation work in both coal and hard rock mines.

While the company has its roots in gentler-on-equipment coal, it still operates on harder ground.

Ontrak designs feeder breakers for open cut, tunnelling or reclamation work, like the OFB-10, the OFB-30 and the Ontrak OFB-30-IR.

The OFB-10 is custom-designed for out-bye work where space is limited, while the OFB-30 is regarded as the benchmark in Australian underground coal mines, with over 50 OFB-30 feeder breakers currently in service.

The Ontrak OFB-30-IR, meanwhile, is a spin-off unit equipped with a German manufactured breaker gearbox that is used on harder jobs.

Reclaim feeders and chain conveyors are also built according to specification, based on round link mining chain or engineered chain.

Specialized equipment, from crawler tracked auxiliary fans and mobile boot ends to 100 tonne shearer carrier trailers can also be designed, and Ontrak can also supply track side frames and complete track systems with platforms, and anything else that can be mounted on tracks.

Crawler track systems available include the H6T & H8T systems, which are designed to be used by smaller and more manoeuvrable types of equipment, auxiliary fans and drill rigs; and H30T & H50T systems, for mid-range machinery like transformers and smaller longwall pump stations.

Additionally, the H75T track system is available, with its design registered braking system, as are the H90T & H120T systems, which are designed for longwall shearer transporters and other heavy-duty applications.

Ontrak also offers a machine overhaul service to re-design drives and functional systems of older machines to make them compatible with the equipment on the new OFB-30 feeder breakers.

Ontrak managing director Steve Lewry told Australia's Mining Monthly Ontrak's growth and expansion continues with the addition of another facility in the Newcastle suburb of Redhead.

There is also a new fabrication shop at the facility that lets Ontrak build new machines to try and stay on top of the current workload.

Lewry said Matt Crisp continues as the general manager of Ontrak's Electrical Engineering division while new manager Troy Pearson is to be responsible for the Hunter Region workshop.

At Ontrak Engineering they currently have a full order book for local operations, with a bunch of new feeder breakers sitting in the yard waiting for delivery.

There are six new machines in the shop currently being worked on for customers in NSW and Queensland, Lewry said, with themed machines still as popular as ever as customers requesting specific names and colours for their machines.

"The themes really get our workshop guys enthusiastic, as the workshop floor guys are the ones responsible for how that theme is applied to the machines," Lewry said.

"We have done Transformers, Avengers, motorsports, and general cartoon characters."

He said it used to take some convincing for the end user to let them play around with their feeder breaker colours and schemes but not anymore, and overhauled feeders are a constant in the workshops these days with 5-6 major overhauls underway at any given time.

Lewry said upgrades are generally requested with the overhauls, with quite a few having belt tail pieces added during the rebuild.

He said India continues to be an expanding market for the company and partners Gainwell Commosales, with the third feeder breaker machine supplied under their agreement now fully commissioned and ready for use at the PVK-5 coal mine in India's Kothagudem region.

An in-pit feeder breaker installed at Berau Coal's open cut mine in East Kalimantan has also performed exceptionally well, Lewry said, with the company looking for further opportunities to supply this type of machine.

The sixth Indonesian reclaim feeder has also been delivered, under the agreement with partners HMA Material Handling, with the next machine currently under construction.

Meanwhile in Mongolia, Ontrak has signed up Ulaanbaatar-based supplier Mekhlopat to be its operating partner, with Mekhlopat to look for opportunities in the open cut coal mining sector and support Rio Tinto's 180T transporter Goliath with servicing and spare parts.

At Ontrak Electrical Engineering staff have completed the move to the new digs at Redhead, and the business division continues to expand its market share across NSW and QLD.

At Ontrak Feeder Rentals more feeder breakers have been brought in to keep up with demand and a new continuous miner is also being built for the business division, which will arrive soon.

Lewry said the addition of new plant is a departure from the normal feeder breaker hire machines on offer, with the division branching out to meet growing demand.

Thalanga has a 650,000 tonne per annum mill that produces copper, lead and zinc concentrates. 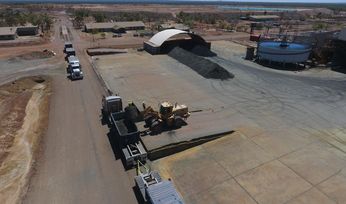 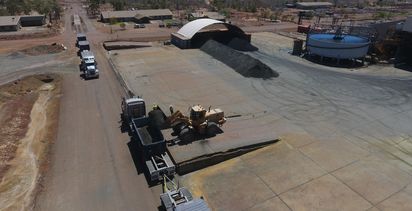