Epiroc’s long-term connections with Tasmania’s world-class Savage River iron ore mine and class-leading hydraulic hammers have created an opening for collaboration with a local manufacturer on a “game-changing” new openpit rock-scaling machine. The unique robotic scaler could be a tool that improves productivity and safety at many mines around the world. 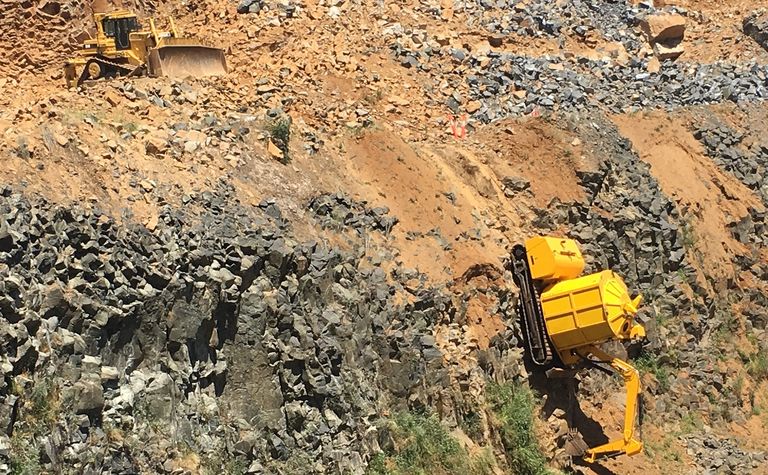 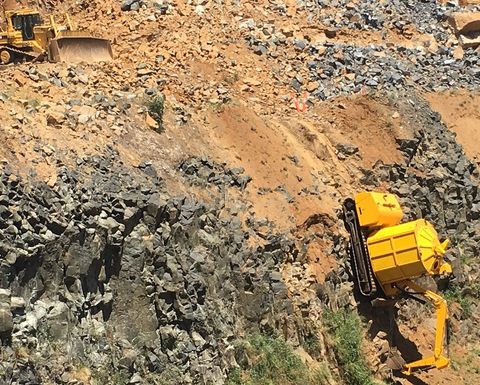 "Continuing to develop a highwall scaling excavator locally promises to provide a machine capable of restoring lost berm catch capacity in the mine, cleaning batters and improving mining safety," mine owner Grange Resources said in its latest annual report, released in April.

"This machine will come to site in 2020 and has generated industry-wide interest."

Grange manager mining, Matt Anderson, is scheduled to give a talk in June that will provide an update on the scaler.

Tested at a quarry near the northern Tasmanian city of Burnie late last year - which generated video and commentary that garnered more than 35,000 hits via a social media post - the Jayben S60 scaler is described by its designer and builder as a "revolutionary step in highwall safety management". The remote-controlled unit scales near-vertical rock faces to perform vital stabilisation work and can also be used in bench and berm clean-up.

It features a modified Epiroc SB 302 hydraulic rock breaker - from the company's tunnelling attachment range - found to be a tool particularly well-suited to the application.

Epiroc also has one of its heavy-duty HB 10,000 hydraulic breakers on a Hitachi excavator used for breaking large rocks in the pits at Savage River. That remote-controlled unit has been an integral part of the mine's face and bench clean-up regime, working beneath high, sheer pit walls, for some time. Savage River, in operation for more than half a century, went past 1,000 consecutive days lost time injury free last year.

The SB 302 scaling breaker originally developed for a civil robotic scaling application also looked like a great fit for the wall-climbing Jayben machine. Only fairly recently launched commercially, the rock breaker is part of a range "that has universal acceptance and can be supported in every market worldwide".

"This is a unique application - certainly something I hadn't seen before - but this is a tool that might as well have been designed for this purpose," Illingworth says.

"Even though scaling is not hard breaking work it is very arduous on the actual attachment, because there is a lot of blank firing.

"We still see in underground mining people using drills, or drifters, for scaling and there can be damage to a drifter when you use it for scaling. You're not actually putting the energy into the material; it is sent back into the attachment because it's not making good contact [with the rock].

"So it's also not a good application for a standard breaker. We developed a unit in conjunction with another company that makes remote-controlled robots, that has some features that the standard breaker doesn't have.

"It has a special collared tool to stop the ingress of dust and small particles getting into the breaker when you're using them in upside-down positions. It also has a dust shield on the breaker, and there is a wiper on top of that; so three things stopping the ingress of contamination.

"The unit has a wear plate on the outside - if you wear out the housing on the standard single-body type breaker you've worn the breaker - and this one has is a shield on the hitting face to also protect against wear. If you are remote controlling you don't have the same feel and contact as you would if you actually had an operator sitting in the cab operating the machine, so it's important to have this level of wear protection.

"The SB attachment has a stainless steel piston. If the piston is not making contact with the tool, it is making contact with the bush. It has a much heavier tool retainer to hold the tool in, again because of all the blank firing. Instead of the standard floating bushing we have a press-in bushing, and there is a lock pin to hold that in place so it can't be hammered out."

Illingworth said the Savage River hydraulic rock-breaking attachments had been supplied via a dealer, Breakthru Equipment, which provided and supported the earlier HB 10,000.

Epiroc regional manager for Victoria, Tasmania and New Zealand, John Stanton, says the SB 302's water dust suppression system will also be a plus for the proposed remote operation of the Jayben S60.

"The SB 302 is designed for use in tunnelling but Savage River is expected to do a lot of work with the hammer in horizontal and down-breaking positions, and more likely working above horizontal," Stanton says.

"This is a game changer."

"During our initial market research, which expanded to interview a wide spread of geotechnical, geological and mining consultants as well as mining operations, there was significant interest shown, specifically surrounding the safety factor - removing the human element from an otherwise dangerous activity of removing loose material from high walls in opencut mines, quarries and specialised civil applications," Calvert says.

"The variety of other applications came thick and fast, which increased our level of comfort that the product had broader opportunity.

"Many organisations are waiting to see the real deal in operation at Savage River, hence our strategic, stepped approach to market is slowly progressing."

Taking the risk out of mining

Researchers may have developed a way to accurately predict ore grades and processing costs. 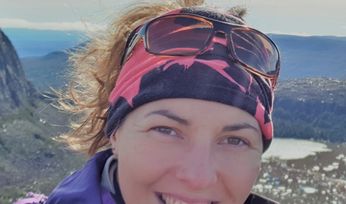 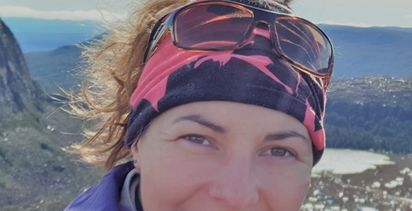