Robot trucks have been hogging the headlines in mining’s new technology rush, but auto-drills are arguably the key to unlocking major value on a mine site. “If the drills don't perform, the trucks are going to run empty,” says Epiroc Australia surface division business line manager, Alex Grant, who agrees with industry commentary this year suggesting mining’s global automation push has reached a tipping point. 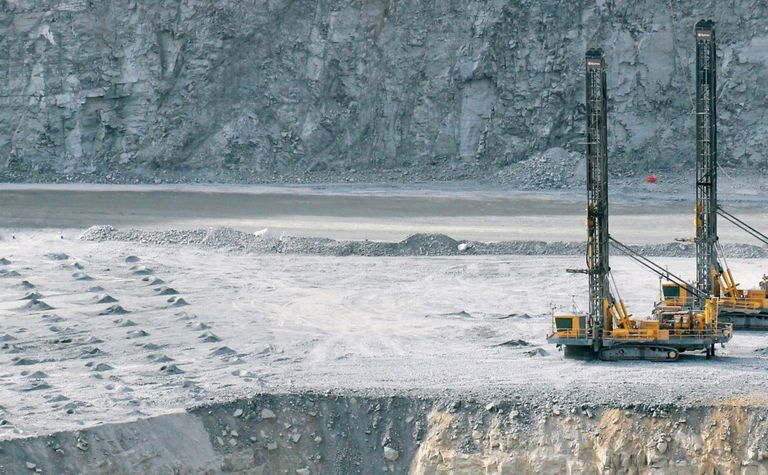 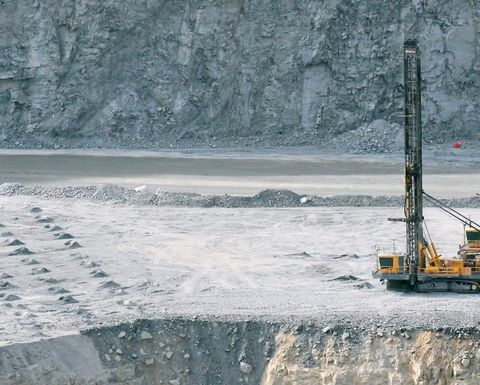 "Investment and support from mining majors speaks volumes about the value of autonomy both now and in the future."

Former BHP global technology strategy leader and vice-president of mine optimisation, Gavin Yeates said in Perth, Western Australia, early in 2020 automated mining and logistics systems had contributed mightily to making iron ore production in the resource-rich state by far the lowest-cost in the world. Orders for automation-ready mining equipment were set to grow exponentially this decade, he said at a conference attended by leading miners, contractors, and equipment and technology companies.

The event heard from a number of speakers that while the population of automated and semi-automated machines in mining continued to grow, the industry had only just begun its journey to realise new levels of productivity and safety from automation and connected digital mine architecture.

"We have the technology, the benefits are obvious," Yeates said. Mining industry take-up rates across commodities and geographies is the curve he, and others, are now watching closely.

"We are at an inflection point."

Speaking from Perth, Western Australia, where Epiroc has been polishing its credentials as the international leader in surface drill automation for the past four years, Grant says the iron ore majors using Epiroc automated production drills have been joined by mine operators of varying size, and producing different commodities, around the country. Contractors, a big part of Australia's mining and drilling landscape, are also becoming significant users of automation systems.

"I think they're all starting to recognise that this really is the future and the future probably isn't so far away any more," he says.

"We as a drill manufacturer don't think of automation as a special product anymore. When our customers order a drill and they order an autonomous system, it's in effect two part numbers that we order from the factory and it comes fitted, and we roll it out into the field and commission it.

"There's not got to be that big investment anymore to have a team standing behind this to make it run effectively straight away.

These robots are working in a lot of mines now. They're part of the productive team and the mines are counting on them

"Globally, we're seeing automation being used in developing markets where you might not expect to see it at this stage - where there are questions about communications infrastructure, or labour costs, for example. But they are seeing the benefits, too, and they are going after them."

Over in Garland, Texas, in the USA, Epiroc Drilling Solutions automation product line manager Tyler Berens has a similar view. He's watched more than 50 Epiroc autonomous surface drills go into service in the past few years and believes that number could grow exponentially from here.

Epiroc said last year it had 550 machines in the field equipped for complete automation. CEO Helena Hedblom said earlier in 2020 most Epiroc machines leaving factories now were designed, and armed, for autonomous operation.

"The 50-plus number is drills in production 24-7. These robots are working in a lot of mines now. They're part of the productive team and the mines are counting on them, quite frankly," Berens says. 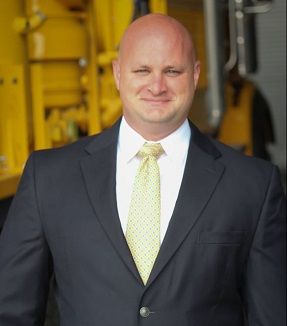 "There are also a lot of trials happening at the moment. Our history has shown a trial in an area can produce multiple orders in the area.

"When we started in Australia there were always comments like, yeah, but that's Australia, it'll never work in these other places. But we've now got them [autonomous drills] running in extremely high altitude, and extremely cold, extremely wet environments. They're very robust.

"We've got the current expansion of activity in the coal space, which had its own special needs.

"These machines have got enough hours and enough years on them that I think the confidence level is there and in fact that confidence is already translating into new mine study inputs - operating rates and costs, maintenance costs, better drill and blast outcomes - that could materially change the look of mines in the future.

"Broadly, though, the view is increasingly that this is the way we run a mine now, with robots and a lot of digitalisation."

A new way of working

BHP says the company's large fleet of Epiroc autonomous blast-hole drills in Western Australia have had a significant impact on productivity and safety at its Pilbara iron ore operations. Epiroc completed conversion of 20 PV-271 autonomous drills at five sites in mid-2017. BHP's former chief technology officer Diane Jurgens told a company SmartMine forum in London last year the drills had delivered a 25% productivity boost and plus-40% maintenance cost reduction while "keeping our people out of harm's way".

"By automating the maintenance-related data from a variety of sources we are creating analytics to better predict failures and plan maintenance further in advance, with a greater degree of accuracy," Jurgens says.

Large mining and other organisations are starting to tap rich seams of autonomous-machine, and system, data. As well as improving asset and resource management today, the data will increasingly inform planning for the future.

"What we've gotten really good at is getting the data, understanding the data, and making very accurate predictive models that show just what automation can do at a site," Berens says.

"This modelling is not just a shot in the dark now.

"We've got enough autonomous sites and it's done enough work in different conditions that our models have gotten pretty tight. And so with sites, with a range of conditions, we can show that if we made the drills autonomous this is the extra productivity they could achieve at the hours they are currently running, and then provide a view that optimises the hours and utilisation, under different scenarios.

"This is where the dollars and cents are really adding up.

"Customers can make do with what they've got, too, when there's not capital out there to do replacements. There are a lot of software-driven improvements that we are able to make. I think the great thing about automation is there is a bit of hardware in there but it's a lot of software."

Grant says machine lifecycle modelling showing extended component life, overall drill rig longevity, and lower maintenance cost profiles all signal the beginning of the automation journey, not the end, both for customers and the manufacturer.

"We're starting to look at a drill that could last four to five years longer than it would normally as a result of automation," he says.

"But I think once we have full automation at a site it starts to open up a lot of other doors."

Epiroc is uniquely positioned in the market as the only manufacturer with autonomous drills completing full drill patterns rather than just single rows, with its Autonomous Drill Plan Execution (ADPE) capability.

"The next step of course is having drills on the same pattern communicate with each other - actually help each other where required to, firstly, achieve the best outcomes and then, secondly, work out ways to do it even better. It starts to open up a lot more opportunities for these [machines] to make their own decisions and of course a piece of technology, with its computational skills, is always going to analyse and assess and come out with the right decisions faster than a human can," he says.

Epiroc's large, growing fleet of active autonomous drills continues to build the industry's most expansive performance resume while also feeding valuable field intelligence back to its product engineers - both hardware and software.

"We have the one rig control system [RCS] - the one operating platform on all machines - and basically one piece of software for the whole world," Grant says.

"Our development team in Garland … takes the input we get from customers globally - they analyse the business cases of customers and the business value derived - and they use that to prioritise future development. Everyone benefits from those global inputs.

"The advances we make here in Australia, others benefit from, and vice versa; what we learn in the US market, or the Russian market, or the Swedish market, comes here. So we see some very good improvements, and our software is a continual improvement model.

"We are continually advancing the software, based on customer input and input from our own people in the field. The software is evolving, so the drill can give all of our customers globally more productivity and better efficiencies.

"The last release of our software delivered a 5% improvement in [drill] penetration rate, with even more impressive spikes in PEN rates recorded at a number of sites."

Coming up next: Cracking the coal auto-drilling code, and designing a drill from the ground up for autonomous operation. 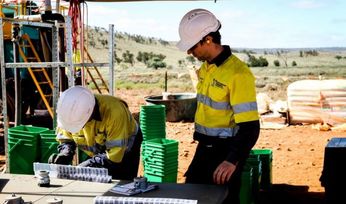 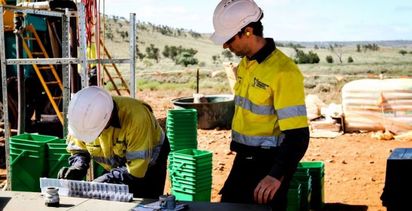