STARTING out as a three-man venture at a modest 200 square metre base in the Perth suburb of Welshpool a decade ago, Blue Diamond Machinery has now taken the quantum leap into the emission-free world of hydrogen power generation. 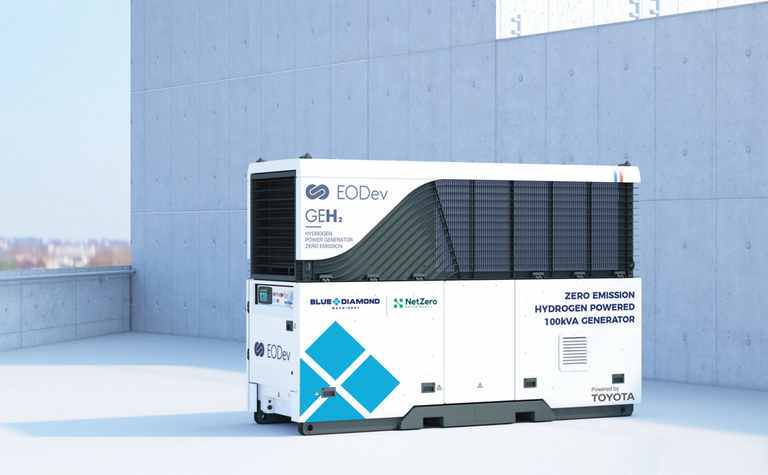 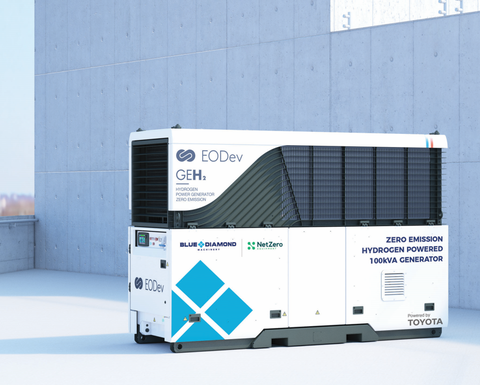 As a greenfields start-up in 2012, brothers Justin and Brad Pitts were joined by school mate Chris Simpson in what was essentially a somewhat experimental venture aimed at supplying generators, compressors and lighting systems to the mining and agricultural sectors in Western Australia.

Today, Blue Diamond is an established and trusted Australia-wide market leader in power generation and is at the point of leveraging off that position to take a pole position in the transition to clean power production.

Justin Pitts explains that he and Brad had previously been involved in the respected irrigation and pump business, Total Eden, started by their dad and his brother Ken in 1977.

When Total Eden was sold, Justin stayed on working with the new owners as general manager for five years. But neither Justin nor Brad was particularly keen on the corporate roles into which they had fallen. So they decided to look at buying a business and after finding nothing really appealed, they decided to start from scratch.

"At the time, my father-in-law was in the process of selling import distribution business and he pointed out some of the key products that sold well for him were diesel generators, along with a lot of similar product lines. But the generators, in particular, stood out to us.

"To an extent, I had an understanding of generators, as we used them a lot in the irrigation industry. Plus Brad and I had been looking for products that would work well in Western Australia in the key markets of mining and agriculture. And generators fitted those criteria. 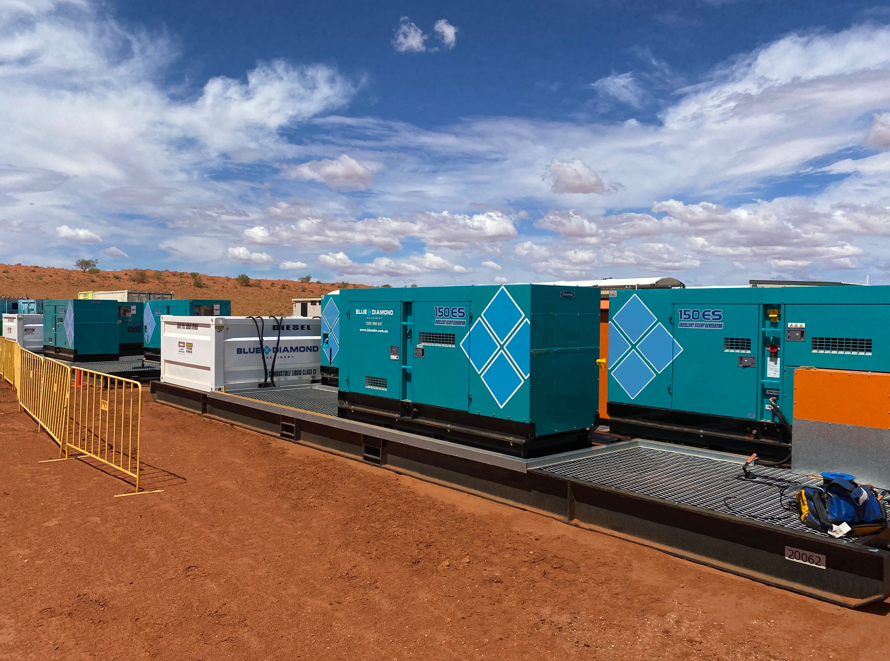 "Because Brad and I both came from a sales and marketing background, we did not know too much about the mechanical side of things, it was at this point we brought in Chris Simpson, one of our school friends. A mechanical fitter by trade, he had been working in mining for 20 years.

"The three of us set off to find suppliers in China and Singapore and originally brought in three containers of stock and set up a fairly humble 200 square metre office in Welshpool. We also had a truck and a forklift! We still deal with these suppliers to this day but now also have key partners across Europe and Japan.

"We set up a website, put an ad in the paper and we waited for the phone to ring. Luckily it did! We sold all the contents of those three containers within a month and used the proceeds of those sales to buy more stock," Justin said.

In the early days, Blue Diamond had positioned itself as a broad industrial business rather than specialising in on one particular range, as mining was going through a dramatic downturn.

"But the power generation range was always dominant, so around 2017 we decided to embrace this as our core business and focused on improving both our capabilities and range in this area.

"Right now, 70% of our business is power generation along with lighting and compressors. The remainder of the business is involved in products related to this core."

While not into the business of renting equipment, Blue Diamond is a supplier to respected rental specialist companies such as Kennards Coates and OnSite. We value these relationships but we do also offer customised, full turnkey power solutions to mining. And often this may require us to offer rental, or rent to buy.

Today, Blue Diamond has more than 60 employees with its head office across 10,000 square metres in the Perth semi-industrial suburb of Kewdale in Perth. It has smaller, but fully functional operations in Melbourne and Brisbane, with a new one about to be opened in Sydney.

However, it is the green energy future which is launching Blue Diamond into a whole new step-change for the business, following the signing of an agreement to bring the first electro-hydrogen power generators to Australia with French company Energy Observer Developers.

EODev's generator uses the latest hydrogen fuel cell designed by Toyota, producing no carbon and emitting just hot water and air. These new gensets are expected to become a viable alternative to diesel generators as production ramps up and their use increases. 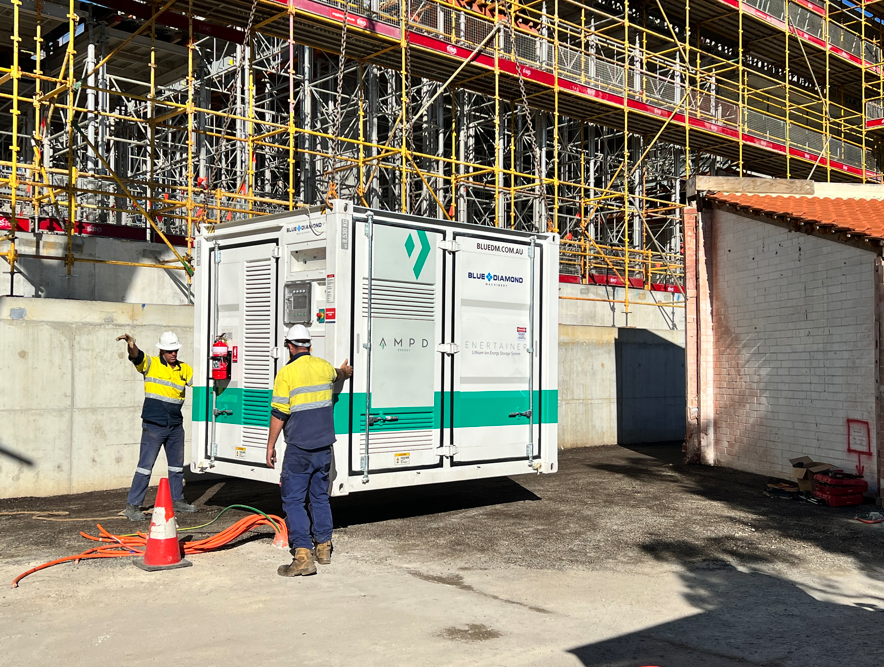 Justin Pitts said when he and colleagues first saw the EODev 100kVA generator, "we thought, ‘wow, that is exactly what we want' as our core range is between 20kVA to 200kVA. So the 100kVA was right in our sweet spot".

"It was robust and highly portable for construction, mining and rental. There was nothing quite like it so we decided we would try to get the agency for it.

"We approached the sales manager and over a few months eventually won the agency and ordered our first two containers. We then started reaching out to hydrogen specialists trying to get our heads around compliance issues and the availability of hydrogen. It has been a very steep learning curve and while I believe diesel generators will remain a part of our business for quite a while during this time of transition, the pathway for hydrogen is becoming clearer by the day."

"The GEH2 uses a Toyota fuel cell, Toyota is also a shareholder of EOdeve which makes the units in Paris. Once our agreement with EOdev was announced, the Toyota Australia Hydrogen Centre, led by Matt Macleod, reached out to offer us support. This has been invaluable; they have assisted us with both the compliance and the promotion and has easily accelerated this initiative in Australia by at least one to two years.

"The units will require some local customisation as running them in Paris is very different to running them in the Pilbara. How do they perform at 50C with red dust all around? It is likely we will need to make some adjustments locally for this market. We have interest from many major mining companies and government on facilitating some of these trials. So this year will all be about the promotion of these hydrogen generators, compliance, operating procedures and getting our story out there. Plus getting them operating on construction sites in the metro areas, then expand to mining next year once we have the data."

Just as it was a nerve-racking time for the Pitts brothers and Chris Simpson in 2012 when launching Blue Diamond, they are about to go through more growing pains.

Reflecting on the journey so far, and what may lie ahead, Justin says: "This is a huge investment for a company of our size and capacity. There is a lot of financial risk involved, but it has given us purpose, energy and we can already feel we are on the right path."

Blue Diamond, which counts most major mines across Australia and many Tier 1 construction companies among key clients, is already seeing significant demand and interest in its Net Zero Range.

With carbon emissions being scrutinised by lawmakers who approve mining and construction projects, having an emission-free component to power generation ticks a large box for potential developers.

The initial order of six GEH2 generators is expected to arrive within a few weeks, Justin said, and interest has grown "like a tidal wave". There is still a gap for H2 as an industry, but it is closing fast. 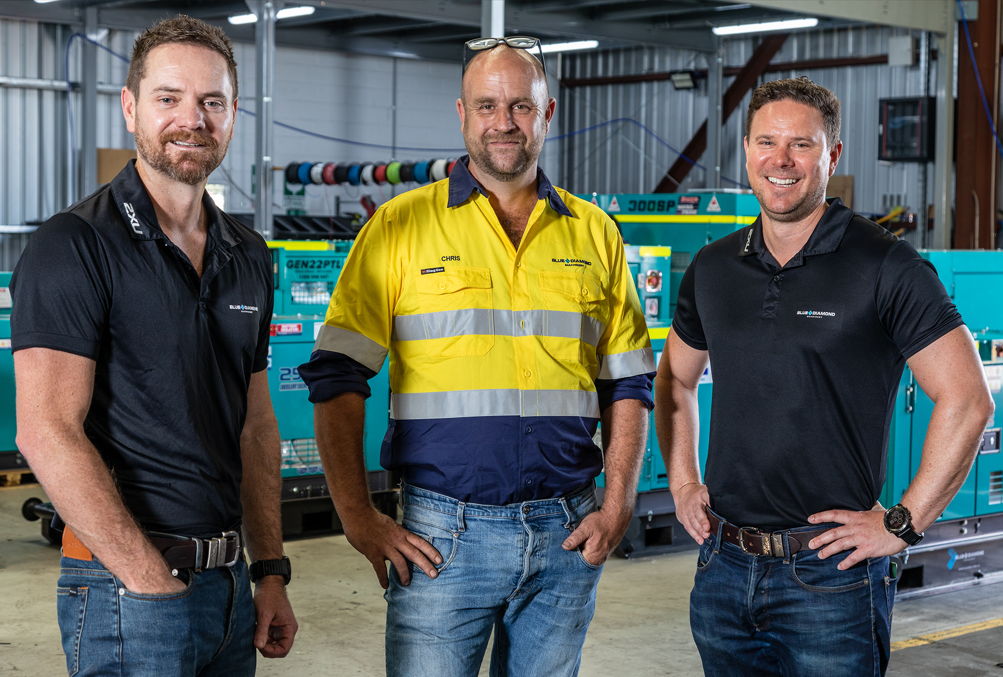 "Whatever the switch has been in the past six months, it's been pretty night and day," Pitts said. "We're getting asked all the time for renewable options - not just hydrogen, also battery storage and energy storage systems."

"Trusted by major mine sites, Tier 1 rental and construction companies you can be assured you are getting the right equipment and right advice for your fleet or project."

"We are committed to making sustainability an integral part of our culture and shaping our strategy. We have committed to developing products and services that assist our customers to decarbonise, while also supporting the broader community with the clean energy transition. As we look forward to the future of fuel and energy, the deployment of renewable hydrogen and renewable electricity within our own operations and for our customers is a key focus," Justin Pitts said.

Blue Diamond is a leading national independent distributor of off-grid power solutions, and the preferred supplier to some of Australia's largest mining and construction companies.

Blue Diamond is a leading national independent distributor of off-grid power solutions, and the preferred supplier to some of Australia's largest mining and construction companies.

The dwarf planet was hit by meteorites while its mantle was still hot. 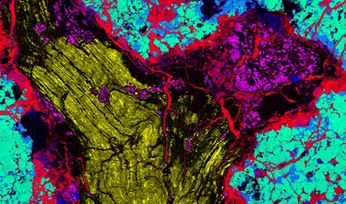 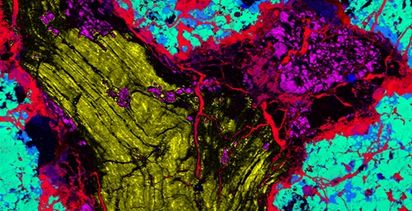