De Grey gets Xcentric at Loudens

DE GREY Mining has bought an Xcentric Ripper to improve the performance of its trenching and sampling program at Loudens West, part of its Pilbara conglomerate gold project 80km southwest of Port Hedland in Western Australia’s Pilbara. 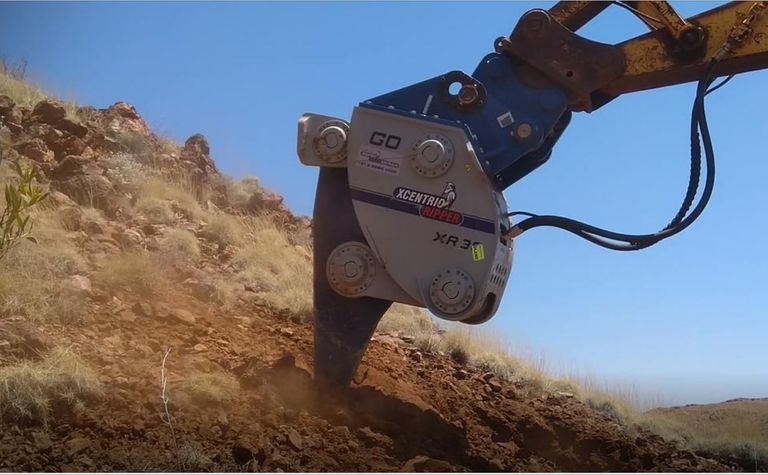 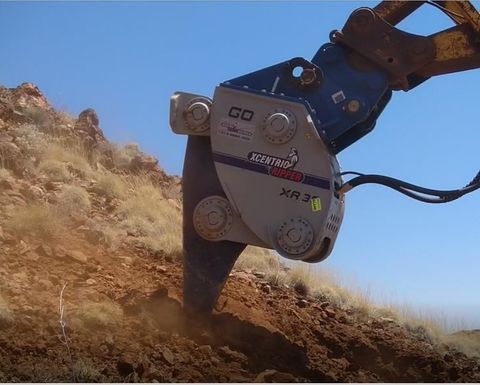 The Xcentric Ripper is being used to speed up De Grey's trenching program.

The Xcentric Ripper has been fitted to a 30t excavator. It is designed to increase productivity by using a vibrating tip instead of a conventional percussive hammer.

The aim is to assess the gold potential of the conglomerate units as quickly and efficiently as possible with sufficient detail to allow De Grey to commit to more costly larger tonnage sampling of up to 2t with long lead time processing at an independent laboratory.

To carry out the on-site sampling De Grey has established a small crushing and gravity processing circuit, which will be used to assess the 50kg to 500kg samples.

This custom-built processing circuit has a jaw crusher to reduce the conglomerate material to less than 20mm particles.

Those particles will be scanned by a hand-held metal detector to remove detectable nuggets and nugget bearing rock fragments.

The crushed material will then pass through a hammer mill, which will reduce particle size to less than 1.2mm.

The second pass crushed material will then be fed through a Knelson concentrator with the heavy mineral concentrates passed over a gold jig table to produce a gold-rich concentrate.

Earl Grey gets the okay from WA EPA. 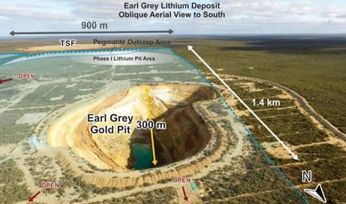 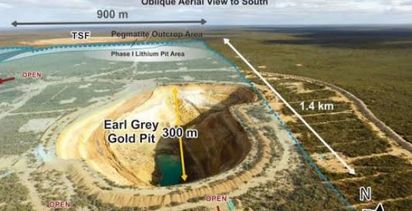 Toweranna ore put to the test