SOUTHERN Gold has landed a “cracker of a deal” with development partner Metals X, with the two companies set to work on an expanded open pit east of Kalgoorlie. 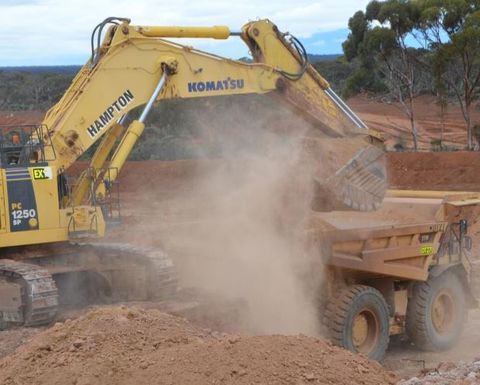 The agreement builds on a previous deal where Metals X would manage mining, processing and haulage for 50% of the profits from the Cannon gold deposit.

Metals X has since acquired the neighbouring Georges Reward deposit and the combination of those tenements has allowed for a much larger development.

Under the big pit scenario the 50% share on Southern’s Cannon tenement will remain, while Metals X will hold 100% of Georges Reward.

The two tenements will be mined in a single pit, meaning Metals X can achieve some benefits of scale.

That means more gold for both parties.

Under the expanded pit Southern will recover around 48,952 ounces and the mine life has increased from nine to 19 months.

“This is a cracker of a deal,” Southern Gold managing director Simon Mitchell said.

“Not only does the combined open pit unlock additional high margin, high-grade gold ore it does so under an extension of our current agreement with Metals X, at zero cost to Southern Gold.

“This deal hits all the right notes for Southern Gold shareholders: much more cash, prudent risk management and plenty of upside to come. And from my perspective this is just the beginning.”

The logistics remain the same under the expanded option, with Metals X set to mine the material and haul it via the Golden Ridge Rail Crossing to its Jubilee plant 35km away.

Southern said the larger development would delay cashflow by about six months and Metals X had provided an extra $2 million loan to help it through.

About $12-15 million in cashflow is expected to come to Southern in the next 12-18 months.

All-in costs for stage one of the Cannon pit have been estimated at $1084 per ounce while the stage two expansion has been pegged at $1147/oz.

The parties also have the option to move underground in the future.

Luck's a second fortune at Linden

Torrens anomaly opens to all

Billed as the largest dozer in the southern hemispere. Luck's a second fortune at Linden

Torrens anomaly opens to all