A GROUP of New South Wales-based geotechnical and mining engineering researchers has embarked on the next stage of an ambitious research program to study the flow behaviour of water-gas through coal.

The objective is to gain a better understanding of this complex problem, for safe mining of more problematic coal deposits.

Gas outburst and water inundation are two major factors influencing production and mine safety. The outcome of the study is expected to be improvements in gas drainage and improved design and prediction methodologies in these conditions, said associate professor Naj Aziz, Faculty of Engineering–Mining Engineering, University of Wollongong.

During an earlier part of the study researchers set about developing a model capable of analysing unsaturated flow in rock fractures.

Researchers said the hydromechanics governing the flow behaviour of these mixtures is very complicated and cannot be accurately analysed using the common assumptions of Darcy’s Law and flow between smooth, parallel plates (the "Cubic Law"). It is known that hydraulic conductivity is not constant but depends upon both the degree of saturation and pore pressure, and that changes in pore pressure affect the effective stress distribution.

A specialised laboratory triaxial apparatus known as TPHPTA (Two Phase High Pressure Triaxial Apparatus) has been developed to measure the relative permeability of the gas and water phases under varying capillary pressures and stress conditions for laminar and non-laminar flow patterns.

The equipment uses core specimens and injects mixtures of air and water at controlled inlet pressures. Samples can be prepared with natural fractures or induced tensile fractures to study the flow characteristics of single fractures and fracture networks.

The current work is to consider the effect of fracture roughness on the flow behaviour of air-water mixtures. The testing is carried out with injection pressures of up to 2MPa and confining pressures up to 20MPa

Some three years after the development of the apparatus, the research project is being expanded to involve more extensive laboratory testing of coal measures rocks, as well as back analysis of gas outburst and inundation case histories. As part of the project, monitoring data is now being sought from mining and engineering projects so that the mathematical models developed from laboratory testing can be validated at a larger scale.

The funding for the research work (equivalent to $300,000) has been provided under the Australian Government Research Council Collaborative Scheme.

The plan for Paulsens East is coming together. 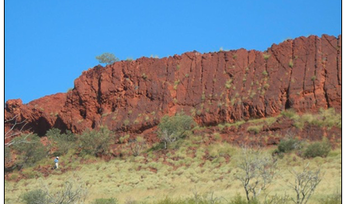 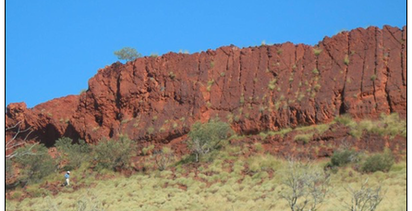